Ferrari president Sergio Marchionne says he wants to see the Scuderia enter the 2016 season as “the team to beat”.

Mercedes has been dominating the proceedings since the introduction of the 1.6-litre V6 turbocharged power units in 2014, but Ferrari put up a fight last year to emerge as the world champions’ nearest rivals with three wins.

Although new star driver Sebastian Vettel advised his team not to skip stages in its effort to challenge for the title, Marchionne has set the bar high for the upcoming campaign and would like to see Ferrari competitive right off the bat.

“We have a strong team and while our opponents also are, we want to be the team to beat in Australia, because we are the most successful squad in history,” he is quoted as saying by La Gazzetta dello Sport.

“We have made all the necessary investments in order to bring the title back to Maranello. I am sure Maurizio Arrivabene and the entire team’s work in 2015 is an excellent base to build on in order to have a successful 2016 season.”

The Ferrari team principal, who was appointed in November 2014 in replacement of Marco Mattiacci, has not been as outspoken about toppling Mercedes this year but he does intend to strive to fulfil Marchionne’s ambition.

“Marchionne is the president, so he must set goals,” said Arrivabene. “There is nothing wrong with that.

“What I do and what other people at Ferrari do - which perhaps receives less media coverage - is geared towards meeting these targets. There is nothing wrong with them. It is quite the contrary.” 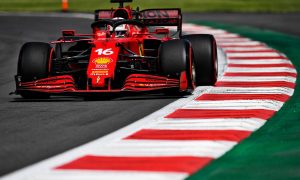 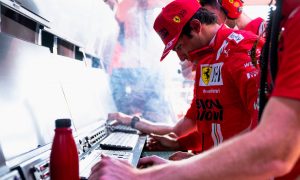 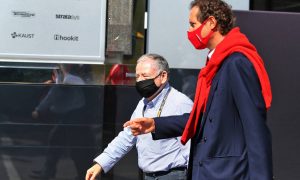