The Autodromo Internazionale del Mugello is already known for being one of the demanding motor racing circuits in the world, with its high-speed corners putting huge strain on the necks of drivers.

Added to that, Sunday's race was all-action with two red flags for on-track incidents and two stressful standing restarts for the drivers to navigate.

“I’m pretty exhausted to be honest, that was one of the craziest races I’ve had," he told the media after the end of the race. My heart is definitely racing.

"It was all a bit of a daze! It was like three races in one day," he said. "Today was physically and mentally one of the most challenging days I’ve ever experienced.

"It's been a tough day physically and mentally today," he continued. "Just incredibly tough.

"Obviously the heat," he said when asked what the main challenges had been. "I think the first stint I was fine managing my tyres, I didn’t really need to stop, it was just they were worried because Valtteri had a problem.

"Keeping Valtteri behind, who’s been quick all weekend, was not easy and obviously I was behind him at the beginning. All those restarts, the total focus that’s needed during that time it was really, really hard.”

Starting the race from pole, Hamilton initially lost the lead into the opening corner. However he was able to get the better of his Mercedes team mate Valtteri Bottas in subsequent restarts and to claim his 90th career F1 victory.

"The first I made a mistake and my start just wasn't good enough," he told Ziggo Sport, recalling how Bottas had managed to get into his slipstream him to take the initial lead.

But Hamilton fared better and got his own back following the subsequent red flag stoppages and subsequent restarts. "We had another chance and of course I was second. 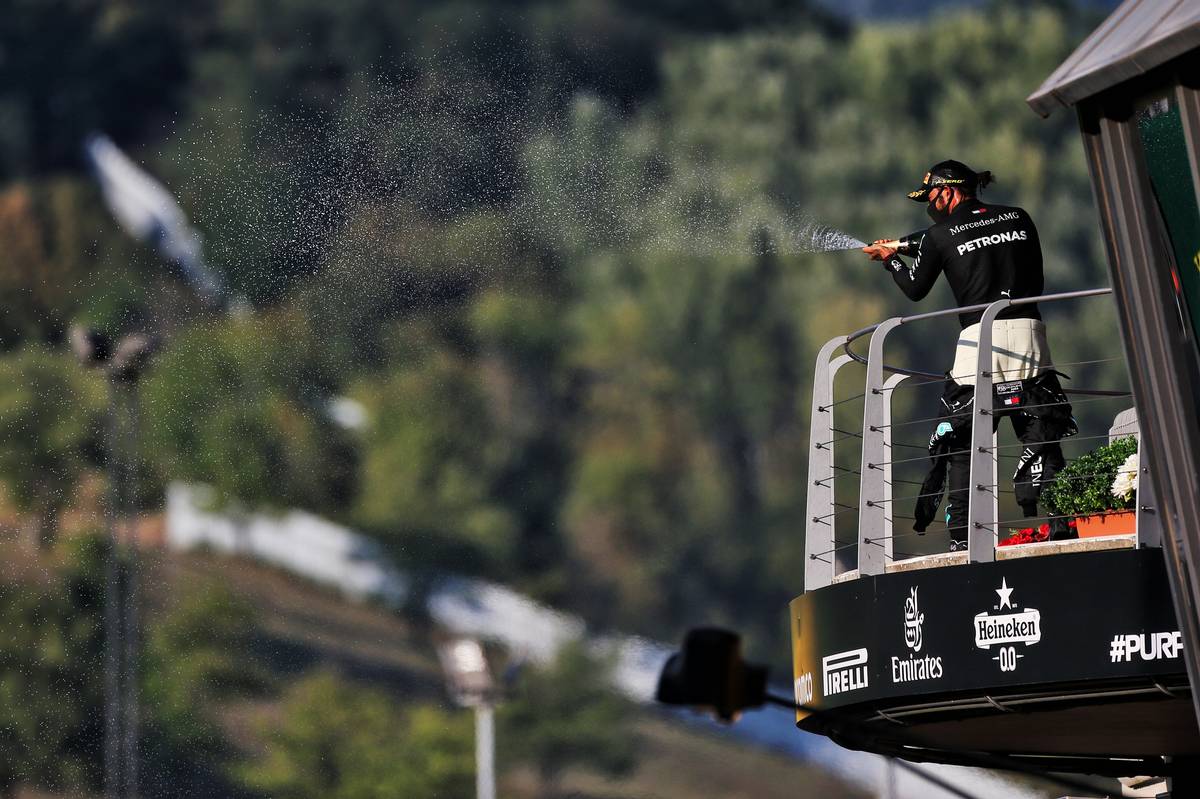 “Anything could have happened on those restarts but fortunately I got the best start," he said. "But even after that, Valtteri was still there the whole time.

"There were times when I was looking after the tyres and all of a sudden he’d close up. So keeping that over one second gap on this long, long straight, and I didn’t want him to have the DRS.

“If I had made any mistake, he would have slipstreamed me down this 1000m straight," he added.

As demanding as the race had been, Hamilton said that he hoped F1 would be able to return to the venue again in the future.

"This track is just phenomenal," he said. “I like it. I don’t know how it was down the rest of the field but it is an incredible circuit. I really would love to come back.”

Bottas rues missing out on another chance of victory