Carlos Sainz and Lando Norris felt that McLaren had done better than expected in a tough qualifying session on Saturday for the Portuguese Grand Prix at the Autódromo Internacional do Algarve in Portimào.

“We’ve been quick all weekend, except for the sessions where it gets really windy like Q3 or FP2,” Sainz said after finishing in seventh place.

“A challenging qualifying for us trying to figure out the tyres and especially tricky as the wind picked up through each session.

"Compared to the lap time in Q2 we simply got slower as conditions changed and the session went by. Nonetheless, we managed to put the two cars in Q3 again, which is a good result for the team.

"At least we’re in front of the Renaults," he added, looking to the tight battle for third place in the constructors championship. "But the Racing Point [of Sergio Perez] just pipped us because of track conditions.

"We aren’t in a bad position to fight tomorrow, and we’ll try to bring the maximum points home.”

Norris was just five thousandths of a second behind Sainz on the final Q3 timesheets, and both men were within a second of the pole-winning Mercedes car driven by Lewis Hamilton.

“It’s probably the closest we’ve been to the Mercedes and the top few in a very long time," Norris commented. “I’m surprised that we were P7 and P8 as a team.

"I'm struggling a bit with the car this weekend, due to the difficult conditions of grip and wind," he admitted. "Maybe not as much as the others it seems, because we did a good job, but it’s been pretty difficult. 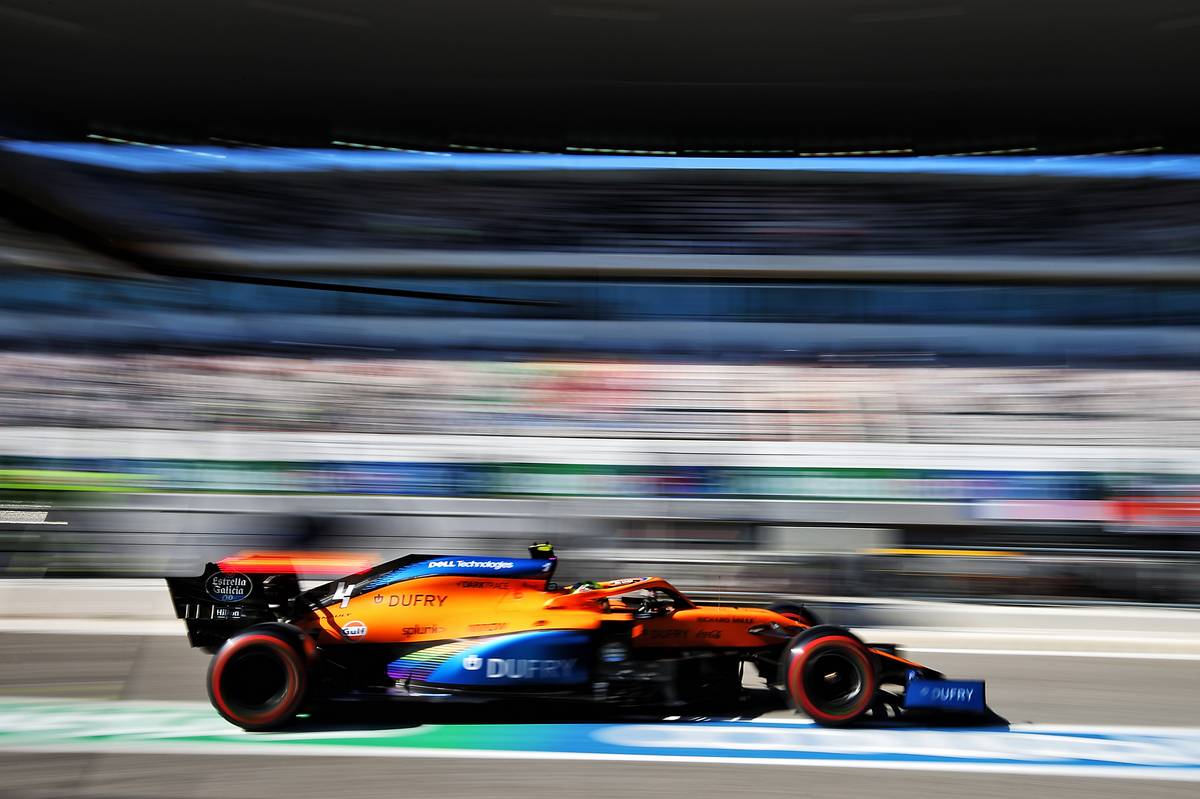 “We’re reasonably competitive I guess, considering the difficulties we have and how tricky it feels on track to put a lap together,” the Briton added. "I think we’re competitive, just everyone’s struggling for whatever reason.

"With this track, it’s very difficult to put a lap together and get a good balance. Although it feels terrible, we’re good at driving terribly!

"It’s a bit weird. We can’t explain it. We can’t say [what's] the reason for it all. We have good pace, we just have to keep the others behind.

"I think we just made the [best] of a bad day - or a difficult day, or difficult conditions - so I’m reasonably happy."

As for the race itself, Norris said that he was hoping "we can go forward" when the lights go out on Sunday.

"So a little bit unknown, but we’ll do our best.”