Albon is in the hot seat at Red Bull and under pressure to deliver a string of good results to keep his drive with the Milton Keynes-based squad. But the British-Thai racer is failing in his task.

Red Bull team boss Christian Horner hinted before the Portuguese GP at the importance of Albon performing well at Portimão and at Imola, two races crucial to his future in F1.

While Albon qualified sixth in the Algarve, it was all downhill from the moment the lights went out on Sunday. A difficult first stint on the soft tyre pushed Albon down the order from where he never recovered to finish a lowly 12th. 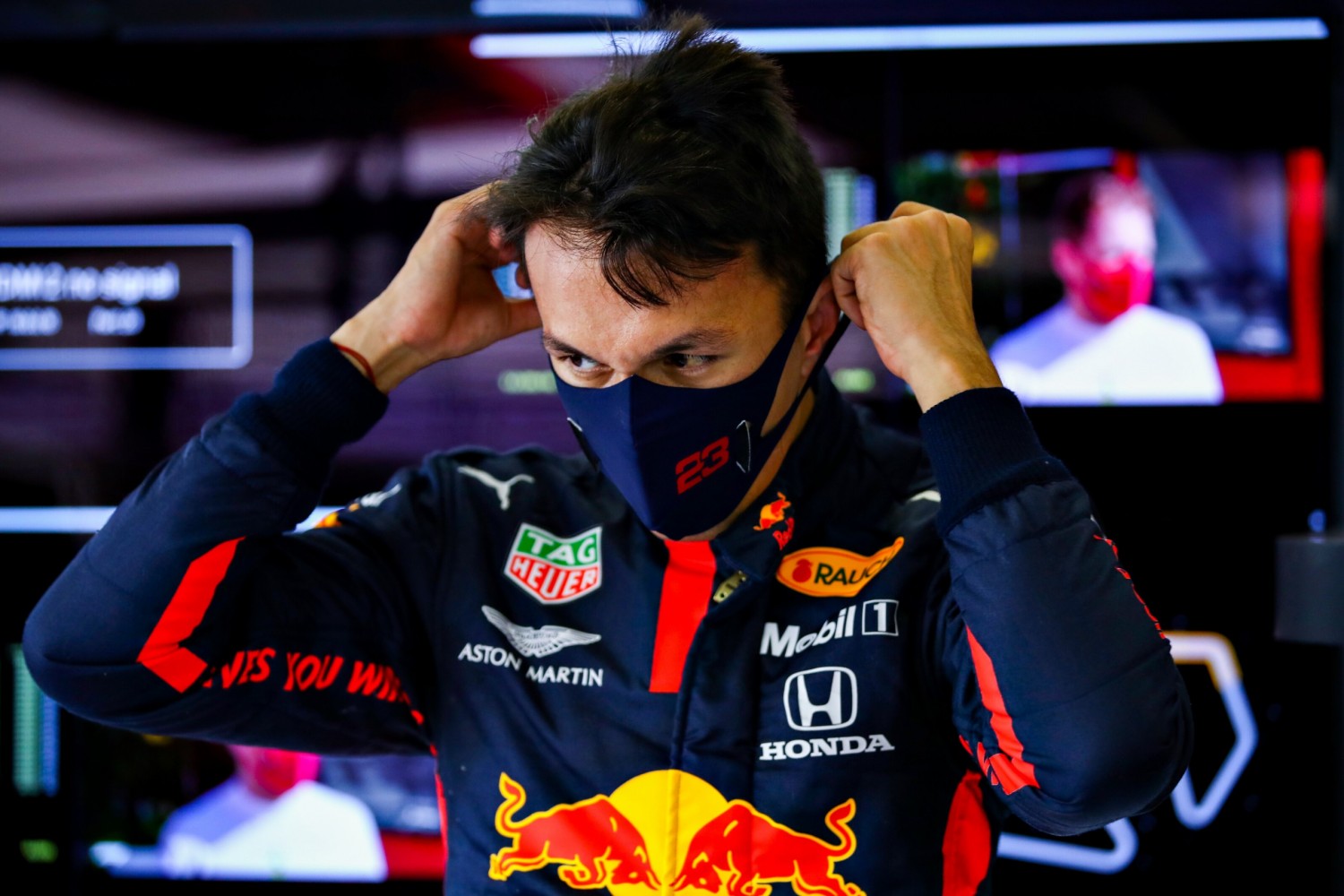 "It was a horrible race for him, really, really horrible," Palmer said, speaking on BBC Five Live’s Chequered Flag podcast.

"He dropped back at the start on soft tyres and he should have had the tyres to potentially move forwards when you consider there were medium runners behind, Leclerc ahead on the mediums and the two Mercedes cars of course who struggled with the warm-up.

"But Albon plummeted out of the top 10 and then did he make an overtake again in the Grand Prix? I don’t think he did. He finished P12 behind Kimi Raikkonen.

"Raikkonen was up in fifth and the rest of the midfield basically all passed Raikkonen, including Sebastian Vettel at the end which knocked Kimi out of the points.

"But Albon was behind him pretty much the whole race, behind an Alfa Romeo which qualified P16. He was just unable to make any inroads at all."

Unless Albon succeeds in putting a remarkable result on the board at Imola next weekend, Palmer reckons the 24-year-old's time may be up at Red Bull.

"It was a really tough race. He was lapped by his team-mate," added the former Renault driver.

"When the pressure has been put on, he has probably had the worst weekend…I would say that was his worst race yet for Red Bull pretty comfortably. It feels awfully timed.

“I think that time has run out for him. Unless Red Bull find in the data that he had a damaged floor, a damaged car or another mitigating circumstance for his drive, honestly I’d imagine that was the final nail in the coffin for Albon."

Brawn sees shades of Hamilton and Schumacher in Leclerc