Grosjean clipped the AlphaTauri of Daniil Kvyat on the exit of Sakhir's Turn 3 on the race's opening lap and darted straight into the barriers where the Haas survival cell separated from the chassis' rear-end.

A massive fireball blaze ensued but Grosjean miraculously managed to put himself out of harm's way and into the care of the marshala and the medical staff.

"He's shaken and is going through all the checks that you need to do after an impact like this," Steiner said after the incident.

"He's conscious, he's fine, but I didn't have any direct contact with him, just with the people there. He seems to be OK.

"I want to thank the rescue crews who were there very quick. I didn't see who it was yet, but the marshals and the FIA people, they did a great job. It was scary, it is scary what happened." 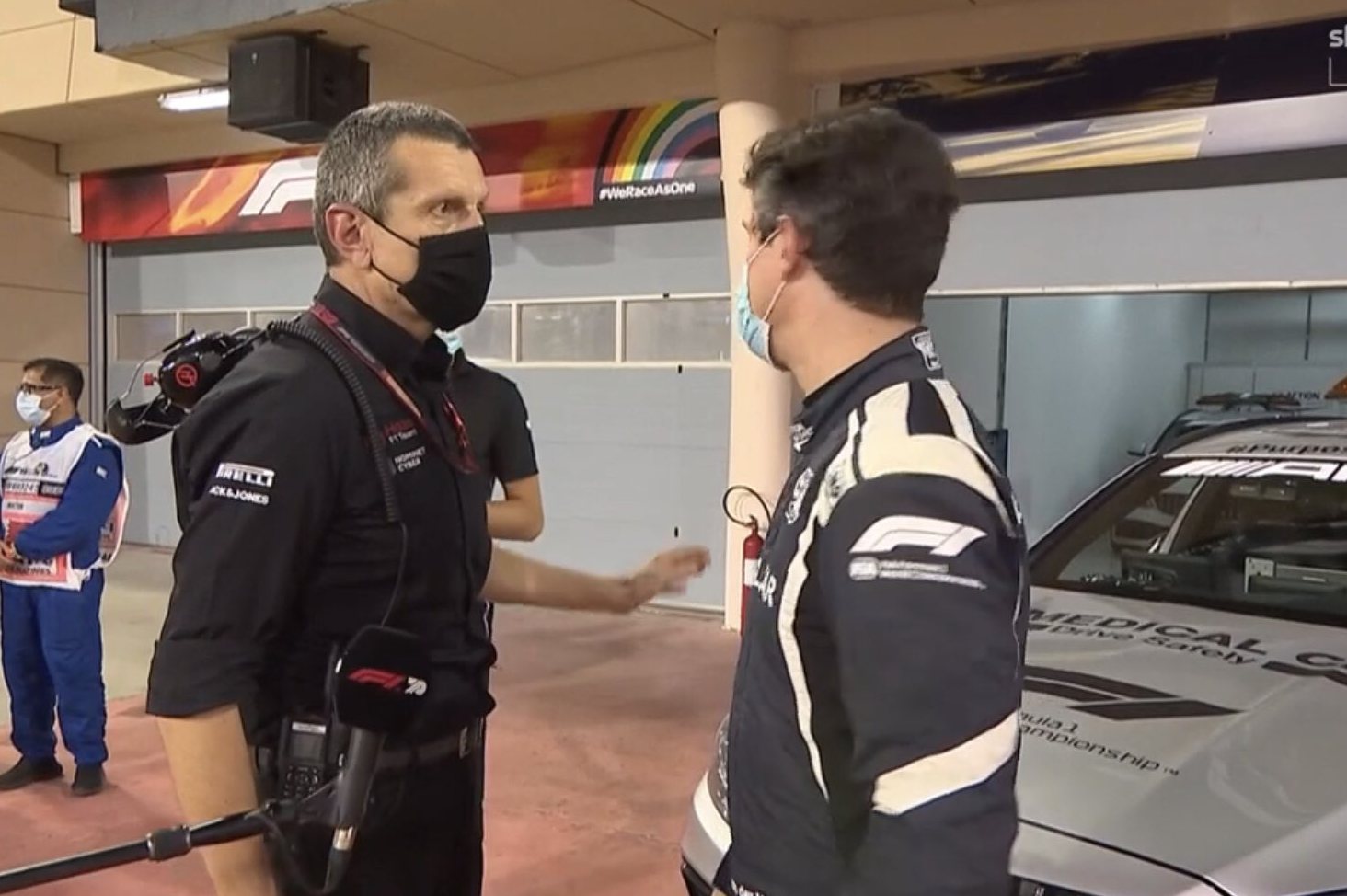 It was definitely a close call for the Frenchman who has likely survived to hopefully race another day thanks to the halo cockpit safety device.

"When you see what is going on out there, if you see the barrier, where it is torn down, it is unbelievable," Steiner said.

"I think we were lucky by being unlucky. I prefer that luck to any racing luck. He seems to doing good. Hopefully there is nothing coming, but he got away with it I think."

Grosjean was initially taken to the circuit's medical centre before being transferred to Bahrain Defence Force (BDF) Hospital by helicopter where he is undergoing further evaluation.

Seven-time world champion Lewis Hamilton posted a message on social media in the wake of the dramatic turn of events, saying he was thankful Grosjean was "safe" following the accident.

"The risk we take is no joke for those of our out there that forget that we put our life on the line for this sport and for what we love to do," Hamilton said.

"This is a reminder to us all. Thankful to the FIA for the massive strides we've taken for Romain to walk away from that safely." 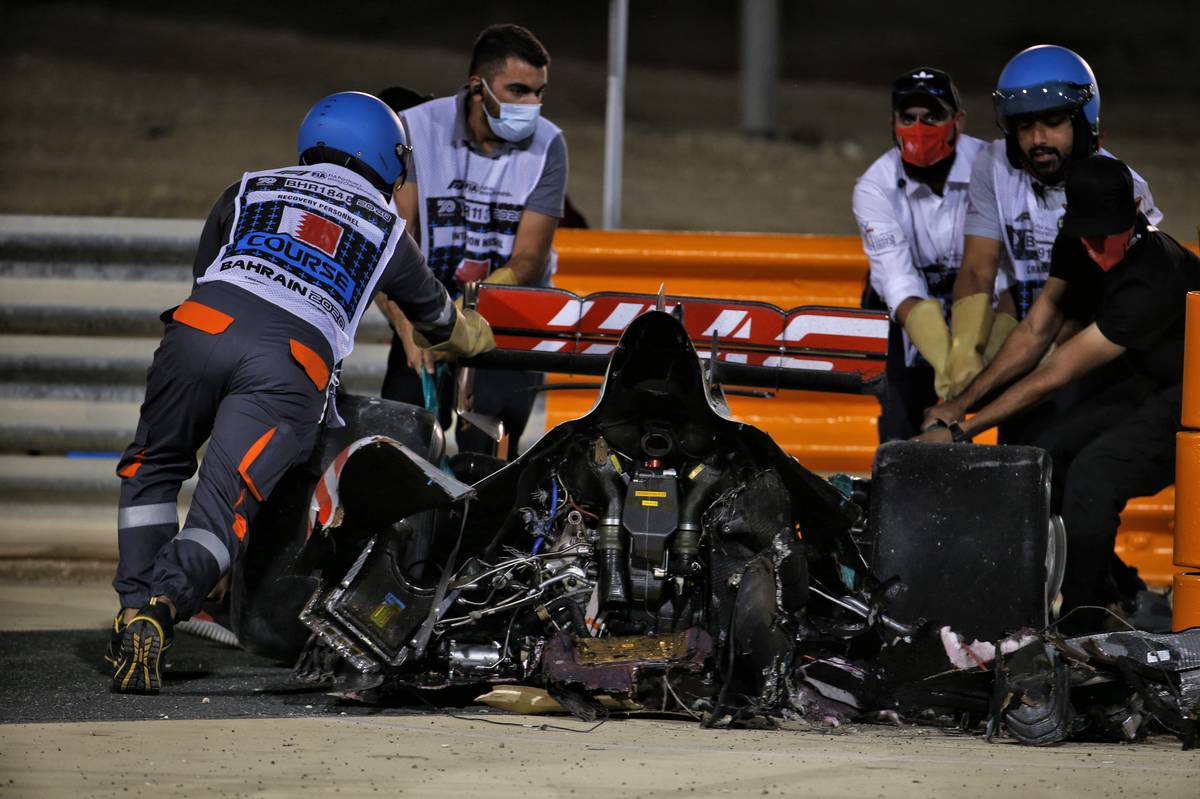 Medical driver van der Merwe - who gets our vote as driver of the day for his swift arrival onto the scene of the accident - admitted to being surprised to arrive on site and discover the intensity of the blaze.

"We just took a little while to process what was going on. I’m sure it was only a second or so, but it felt like ages.

"Then Romain just actually started to get out of the car himself, which is pretty amazing after an accident like that."