A feisty Cyril Abiteboul punched back at those criticizing the FIA for allowing Renault to run Fernando Alonso in F1's post season "young drivers" test in Abu Dhabi.

Renault will field Alonso and driver academy member Guanyou Zhou in the one-day test at Yas Marina that will tale place on December 15, two days after F1's season finale at the venue.

But several teams have reacted angrily to the Spaniard's presence at a test originally intended for young drivers holding an International A licence and who have not competed in more than two Grands Prix.

Renault was granted an exemption by the FIA to run Alonso as part of the two-time world champion's preparations for his return to the grid in 2021, but the Enstone squad's free pass didn't go down well with McLaren, Ferrari and Racing Point.

The Scuderia is now considering filing its own request to enter new recruit Carlos Sainz at the test, while neither McLaren nor Racing Point will not be taking part in the post-season session. 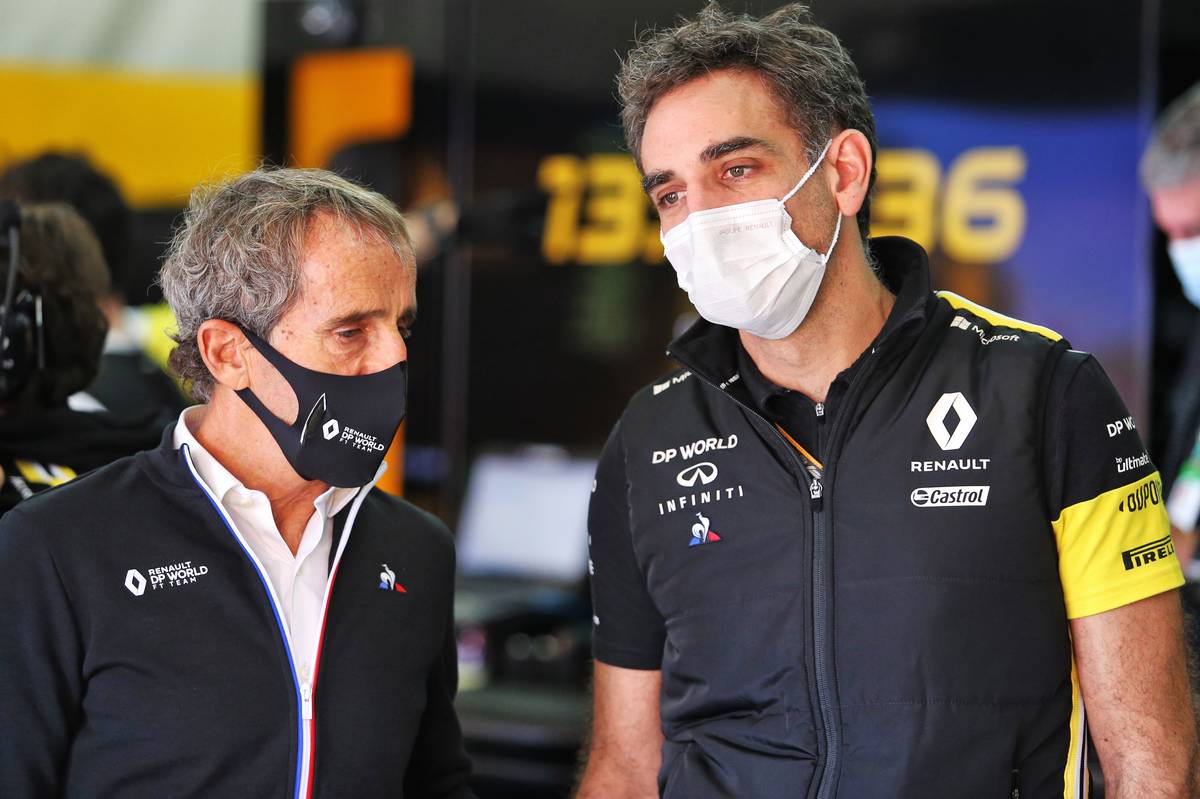 Abiteboul justified the FIA's dispensation by Renault's efforts in promoting young talent over the years.

"I don’t think that any manufacturer has invested half of what we have invested for young drivers," said the Frenchman.

"We cannot be blamed for not investing into the young drivers."

Abiteboul didn't hide the fact that Alonso's presence was first and foremost about optimizing the team and its driver's preparations for 2021.

"I'm going to be very straightforward. What's necessary is to give the team the absolute best possible platform to build upon for next year," said Abiteboul.

"Clearly, we are not doing that with Fernando for commercial purposes, we are doing that for the sport, for our own competitiveness. And again, that's the case of every single entity.

"There are limits in what we can do anyway," he added. "Frankly, it's still very much part of Fernando's going back into shape and stretching his legs."

Racing Point's Otmar Szafnauer, who was "surprised to see Fernando being allowed to test", said that he would take up the matter with the FIA.

"I’ve got to understand what the rules are first and foremost, and then see what we do thereafter."

But a gritty Abiteboul hit back at his colleague's remark and went straight for the jugular.

"There is an indication of young drivers, plus anyone that the FIA will give permission to, and that's in the absolute right of the FIA to do that," he responded.

"So if Otmar wants to build a claim against the FIA, that would be quite rich, keeping in mind that we know that they have an illegal car.

"We have accepted to settle that one. But if you want to have a go now at the FIA, I would find it quite ironic."