Carlos Sainz says McLaren will assume the role of the "underdog" next weekend in Abu Dhabi against championship rival Racing Point in the final shootout that will decide third place in F1's Constructors' standings.

Sergio Perez's resounding triumph in the Sakhir GP coupled with Lance Stroll's third spot on the podium has provided Racing Point with a 10-point lead over McLaren in the championship ahead of this week's finale at Yas Marina.

From eighth on the grid, Sainz steered clear of the commotion on the opening lap that eliminated Red Bull's Max Verstappen and Ferrari's Charles Leclerc to position himself third behind the leading Mercedes pair of George Russell and Valtteri Bottas.

The Spaniard held his own until his first pitstop, well clear of Racing Point's chargers and especially Perez who had tumbled to last as a result of his contact with Leclerc. 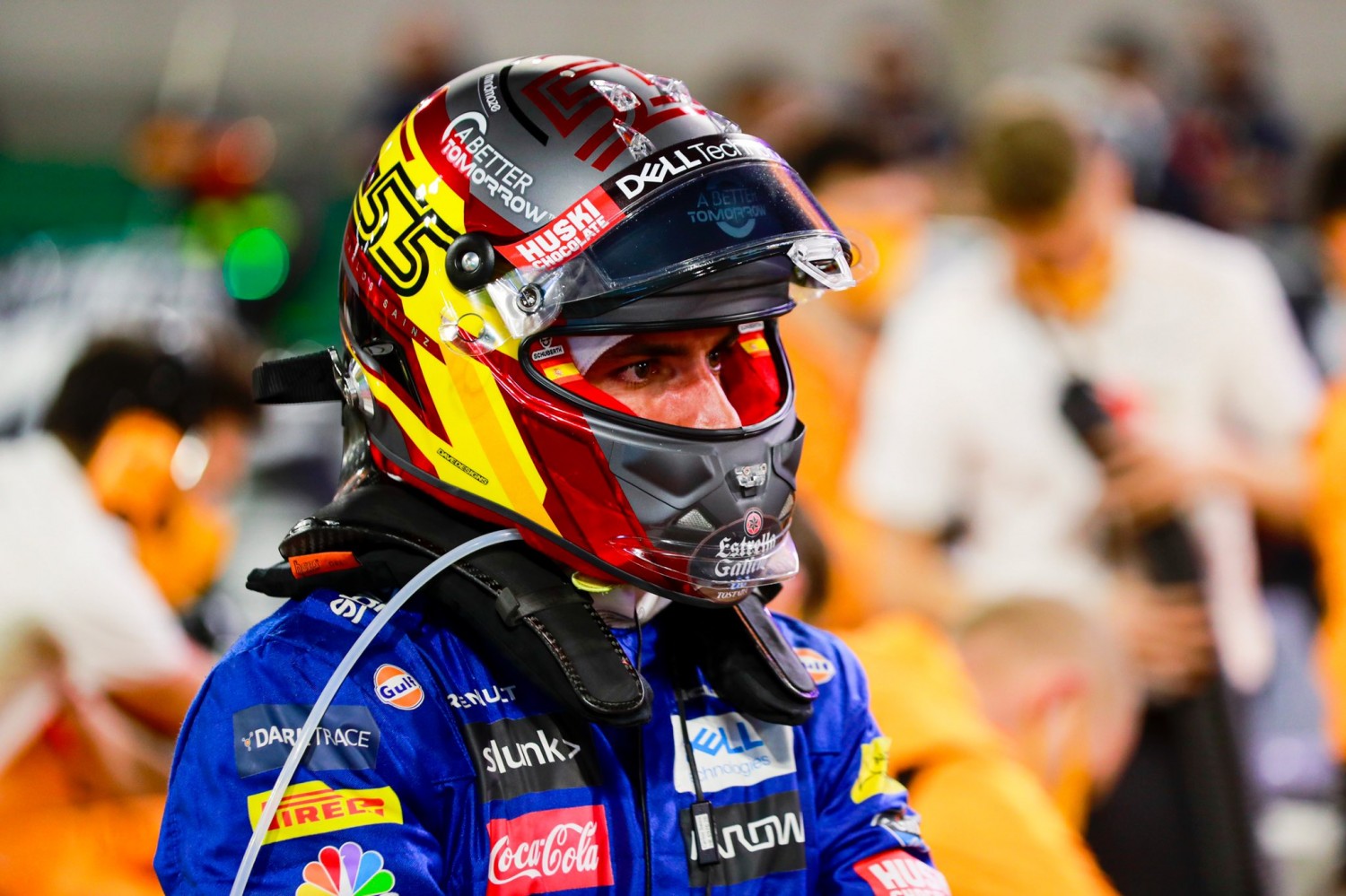 In his second stint, Sainz fought back to third once again, but after a second stop to bolt on a fresh set of medium rubber and when the race resumed following an eight-lap Safety Car period, the McLaren driver found himself in sixth position behind Bottas' slower Mercedes, but unaware of the Finn's tyre troubles.

"I just couldn't understand why Bottas couldn't pass the Racing Points," Sainz recalled. "But then I got told that they he fit him a set of used tyres instead of new tyres, so he was struggling.

"I tried to get a move on him and passe him into Turn 7, and that gave the chance to chase the Racing Points, but in the end we just lacked that tiny bit more pace to try something special."

Ahead of next weekend's midfield showdown which will be worth an extra $10 million to the team that finishes third, Sainz believes Racing Point holds a clear edge in terms of performance over both McLaren and Renault.

"I think we deserve to be the underdog this time," Sainz said. "I think they've been quicker all year; I don't understand how they haven't sealed that P3 yet in the Constructors' championship.

"A race like Perez had today exposes how good he and that car are at the moment - and by the way, very happy for Checo honestly.

"We will give it a nice shot there towards the end, but honestly they look like the favourites."

Russell hopes he gave Wolff 'a headache' for 2022