Cyril Abiteboul says Renault is doing "the human thing" by responding to Fernando Alonso's request to accumulate as much mileage as possible ahead of his F1 return in 2021.

Renault's has organized several outings for Alonso in the past few months to allow its star driver to warm up to the team and its crews and prepare for next year's campaign.

In addition to a limited-mileage filming day in Barcelona with its current car, the Spaniard ran extensively at the wheel of 2018-spec car in Bahrain.

Finally, Alonso will enjoy a full day of testing next Tuesday at Yas Marina with the Enstone squad's R.S.20, an inclusion in F1's 'young driver test' that hasn't gone down well with Renault's rivals.

"I appreciate that there's been lots of buzz around that," said Abiteboul on Friday in Abu Dhabi. 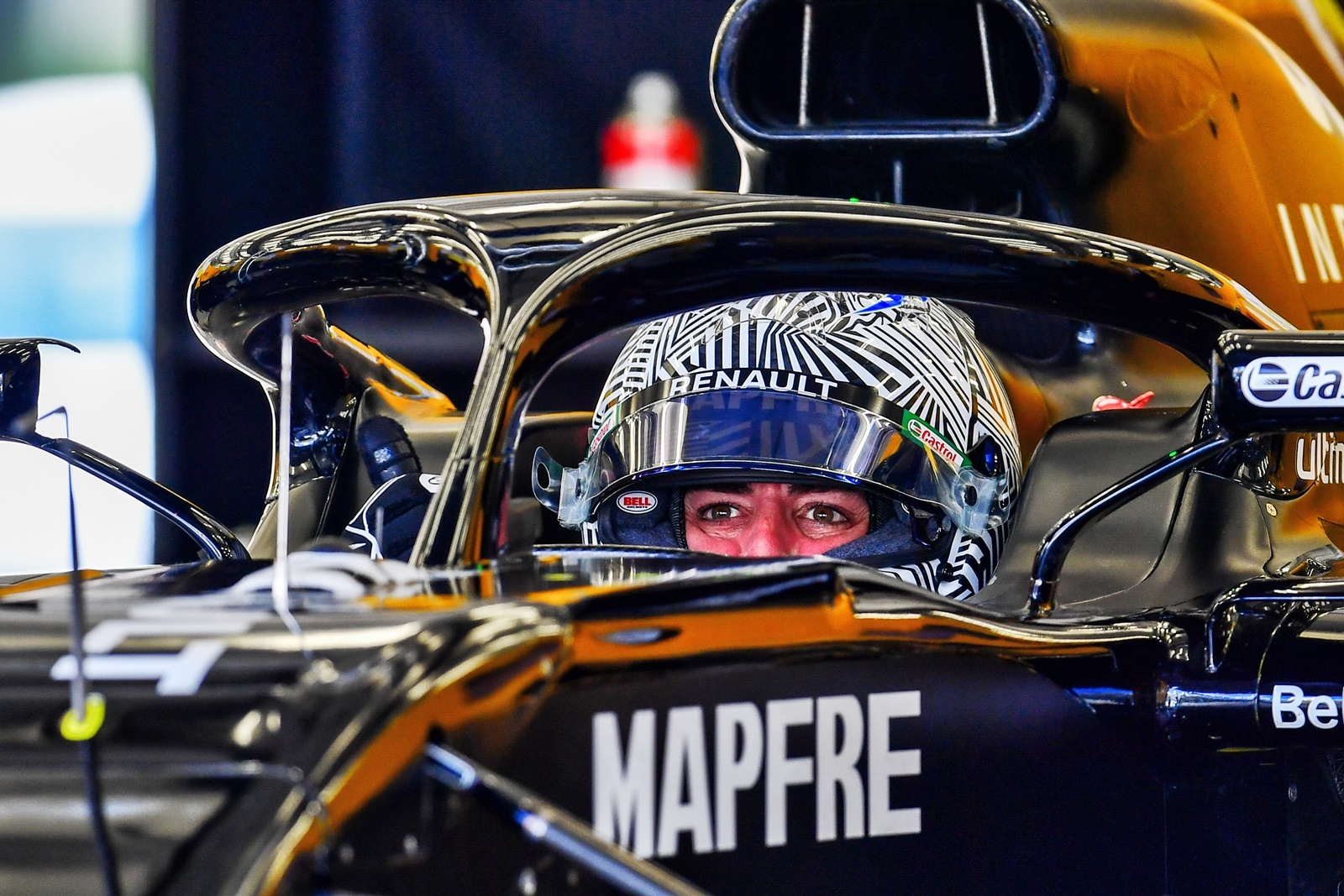 "It's very much a human thing that we're doing for Fernando. When Fernando decided to come back to F1, he has been very clear that he wanted to have as much mileage as possible under his belt before next year.

"As you know, the regulations put a clear limit into that. So we've done quite a lot, four days, with the two-year-old car.

"And also, we thought it would be a nice thing to be able to do that with a current car. And we asked, frankly and FIA has approved it, as simple as that."

Abiteboul made clear that Tuesday's test would be of little interest to Renault in terms of gaining knowledge for 2021.

"The car will be changing actually more than people tend to report for next year, with a small change to the aerodynamics, which is something that we can't test next week," explained the Frenchman.

"So that would be the same for everyone. For the rest it's about him getting into the team, understanding our process, our procedures, steering wheels, and also getting familiar with his engineers.

"And I understand that the dynamic is already very, very good, very, very strong to have as much as possible a good start next year, bearing in mind that we have only three days of winter test in February, or March."

Renault has achieved a significant step forward this season, but it would be a big stretch to consider the French outfit as a title contender in 2021. Abiteboul says Alonso is aware the team is gearing for an onslaught in 2022 in the wake of F1's regulation overhaul.

"Fernando knows that the only way to win is to plan in advance, and to build in advance," he said. "And 2021 being a particular year where we need to balance our effort between '21 and '22.

"We have together with Fernando clearly and eye on '22. And he understands that, and he will be completely part of that process and of that journey."