It's Verstappen's first pole of the season, and the first time since 2013 that Mercedes have failed to secure pole at Yas Marina.

McLaren's Lando Norris was fourth fastest ahead of Alex Albon and Carlos Sainz, but there was disappointment for Renault with neither Esteban Ocon or Daniel Ricciardo able to reach the final round of qualifying. 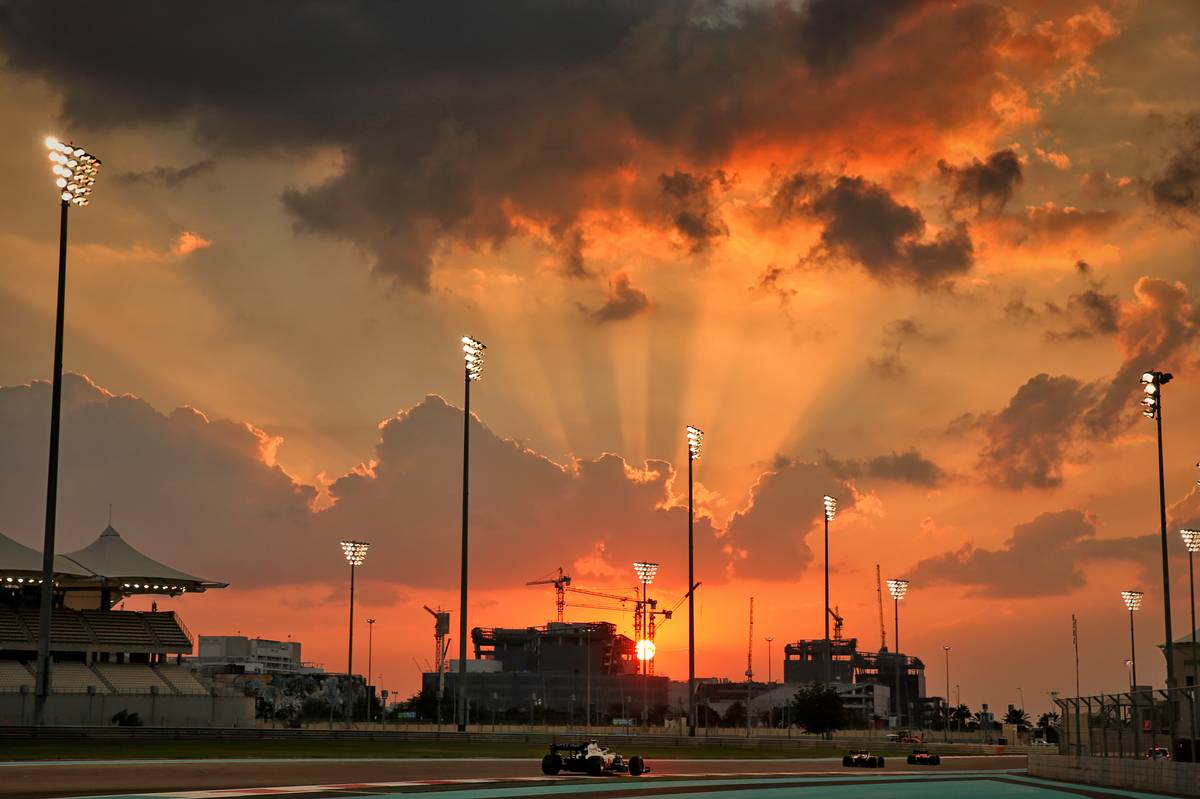 The final qualifying session of this most unusual 2020 Formula 1 world championship season was held against the comfortingly familiar backdrop of Yas Marina Circuit, which was dry and warm even as the sun set in gold and orange skies. After the driver shake-up last week, things were mostly back to normal with Lewis Hamilton back in action at Mercedes and George Russell restored to his seat at Williams. Jack Aitken was back on the sidelines, but at least Pietro Fittipaldi was still in action for Haas in place of Romain Grosjean who continues to recover from the burns he suffered in Bahrain.

Q1: Hamilton and Bottas on top as Raikkonen and Russell miss the cut

The two Haas cars were among the first to head out on track, Kevin Magnussen already aware that he would be starting from the back as a result of grid penalties for taking new power unit components. The Dane nevertheless set the early benchmark time of 1:38.086s ahead of Fittipaldi and Russell which was easily beaten when the big guns got involved. Charles Leclerc, then Max Verstappen and Alex Albon all served brief spells at the top, having gone over a second quicker

Mercedes' Valtteri Bottas then took control with a time of 1:35.699s, and while Hamilton was initially quick enough for second his time was deleted for running wide - and he was worried about having incurred floor damage in the process. Before pitting he put in a safety-first second lap which was enough for eighth place, after quick runs for Racing Point had put Sergio Perez up to third and Lance Stroll in fifth just ahead of McLaren's Carlos Sainz. 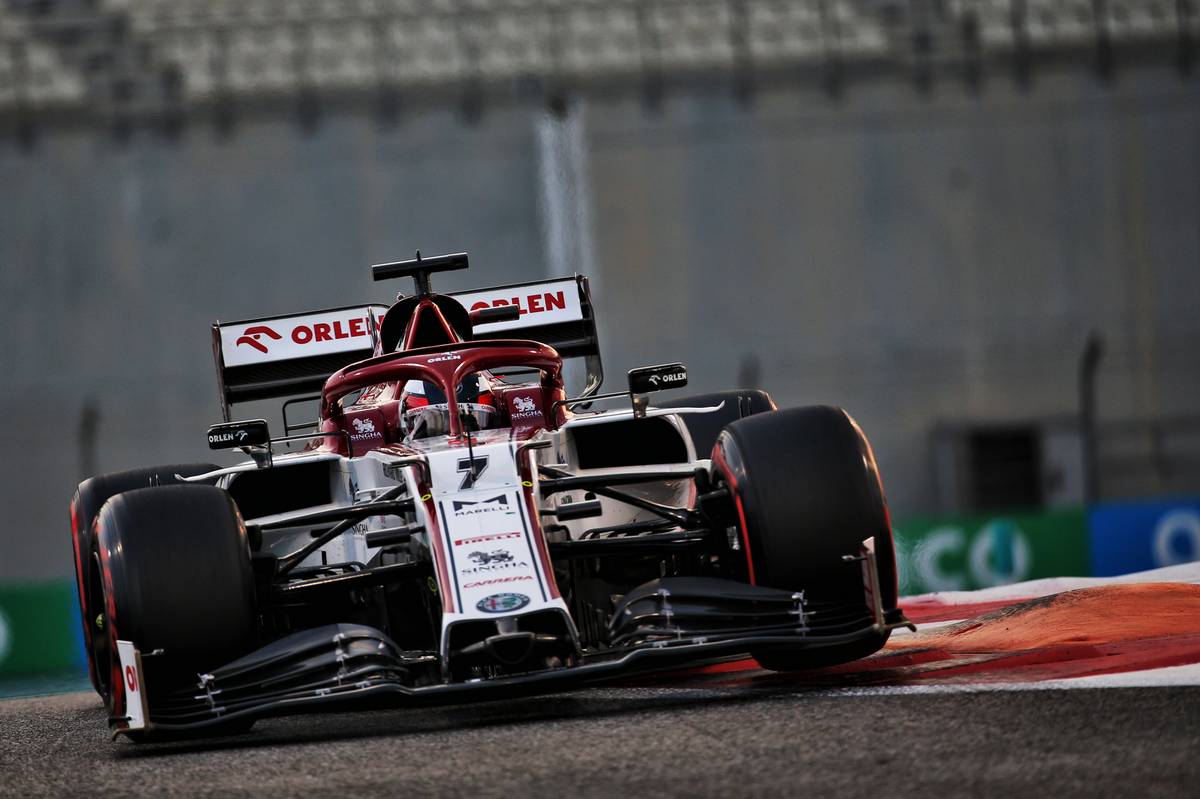 On the bubble in 15th after the first set of runs was Kimi Raikkonen, following a long night for the Alfa Romeo team as a result of the Finn's fiery exit from FP2. Magnussen and Fittipaldi and Williams pair Russell and Nicholas Latifi were in the drop zone along with Antonio Giovinazzi whose first fast lap had suffered a similar fate to that of Hamilton.

The final runs before the chequered flag saw big improvements by Lando Norris and Daniil Kvyat putting them into the top six. Leclerc was next to make progress into the top two, before another push lap from Hamilton saw the world champion take the top spot. Sadly his Sakhir stand-in Russell wasn't so fortunate, missing the cut by half a second. Giovinazzi was finally able to set a clean lap time which was enough to put him safe in 15th, albeit inadvertently eliminating his team mate Raikkonen in the process along with the two Haas and both Williams drivers. 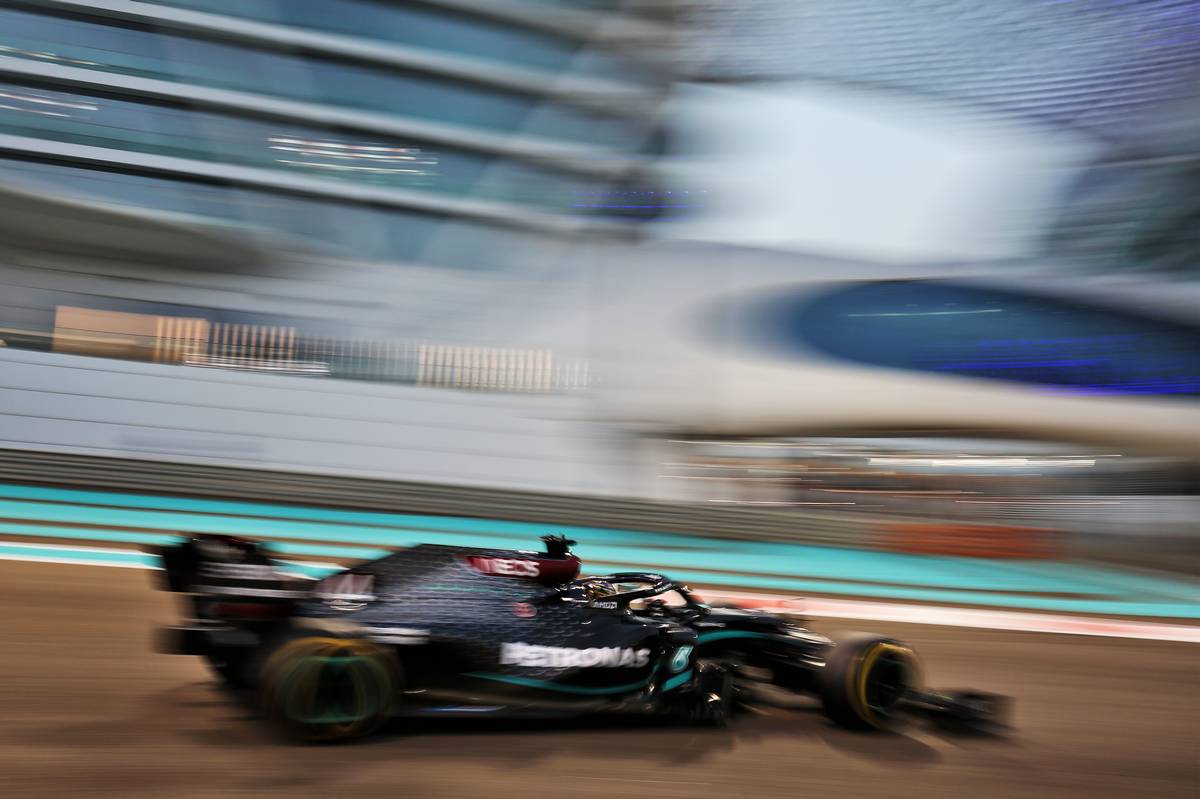 Q2: Mercedes remain in control as both Renault drivers eliminated

Hamilton was quick to head back out on track at the start of the second round, his time of 1:35.466s on mediums proving six hundredths faster than that of his team mate Bottas. By comparison they were both several tenths quicker than the two McLarens of Norris (opting to run on softs) and Sainz (joining Mercedes and Red Bull on mediums). Verstappen was fifth fastest but Albon's quicker lap was the next to fall foul of track limits, as did Renault's Daniel Ricciardo.

Everyone was back out for one last run, with Mercedes and McLaren running soft tyres as a contingency in case the track times suddenly dropped only to end up backing off. Leclerc stuck with mediums and improved to fourth, with Stroll going fifth on softs. Verstappen then recorded a much better time to go third on a new set of mediums, with Albon almost matching him for fourth albeit on the red-walled compound. Both AlphaTauris were also able to find sufficient pace to make it into the top ten.

The surprise casualties at the end of Q2 were the two Renaults, with Esteban Ocon and Daniel Ricciardo ending up in 11th and 12th. Sebastian Vettel suffered another second round exit in his final qualifying for Ferrari, while Giovinazzi was slowest of those to set a time. Last week's race winner Sergio Perez opted to not complete a timed lap: like Magnussen, grid penalties for engine changes meant he would be starting on the back row anyway. 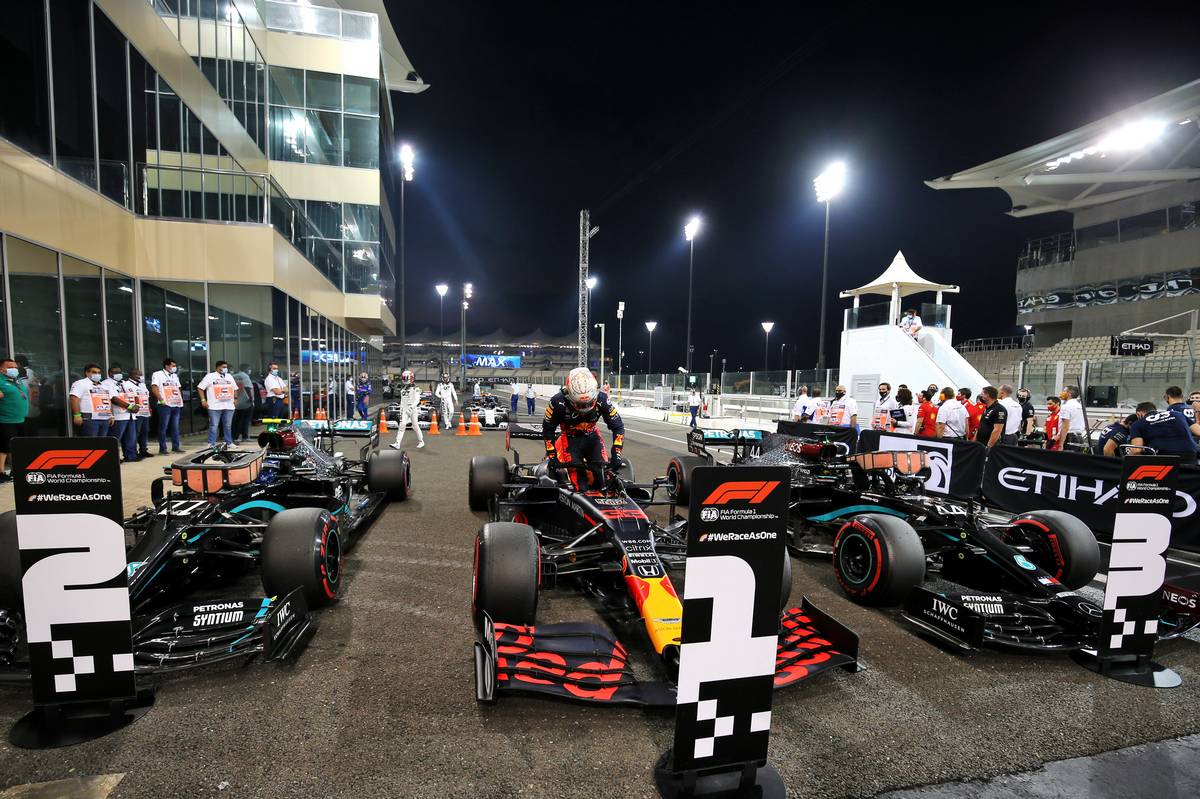 Q3: Last-second push puts Verstappen on pole ahead of Bottas and Hamilton

With the starting tyre selection for the top ten cars now fixed, it was time to focus on raw speed for the final 12 minutes of qualifying. Daniil Kvyat was first to set a time with a lap of 1:36.451s, but Lando Norris was almost half a second faster as he went top before being ousted by Sainz.

Then it was the turn of the two Mercedes drivers, Hamilton briefly on provisional pole before being bettered by Bottas, with Verstappen then managing to split the pair to go second. Albon was also flying in fourth, pushing Sainz and Norris down to the third row ahead of Stroll, Leclerc, Kvyat and Pierre Gasly.

With his last run, Hamilton found extra time to briefly go top by eight hundredths, but a strong final sector for Bottas put the Finn back on top. However Verstappen then pulled off a sting in the tail by stealing the top spot with a brilliant 1:35.246s, a quarter of a tenth of a second quicker than Bottas which pushed Hamilton off the front row.

Norris was also in good form to take fourth place on the grid and beat Sainz in qualifying performances across the entire season. Albon was able to secure fifth ahead of Sainz, while Kvyat finished ahead of Stroll and Leclerc. Rounding out the top ten was Gasly.

Hamilton 'still not 100 percent' after COVID-19