Ferrari boss Mattia Binotto has promised that there will be no team orders in place at the start of the 2021 season, and that Charles Leclerc and Carlos Sainz will be allowed to fight each other on track.

“There is nothing written in the contract of Charles being the leader,” Binotto told the media in a pre-Christmas video conference from Maranello. “I think that the two will be free to fight.

"Obviously it's important that they are not damaging themselves," he added. "But I think that they will have equal opportunity - certainly at the start of the season

"The top priority is to maximise the team points and it may be that in some races the two are accepting decisions to optimise the team's interests," he noted. "But by doing the team interest we are helping the driver interest.

"Later in the season, if one has a clear advantage and one can achieve something the other can't, it will be an open discussion between the two."

That sounds like a warning to Sainz that he has no time to lose making the transition from McLaren, and that he needs to hit the ground running and prove himself straightaway when he replaces the Aston Martin-bound Sebastian Vettel.

“It’s the youngest line-up of Scuderia Ferrari since 1968,” Binotto pointed out about the new Leclerc/Sainz partnership. "We’ve got two drivers very young but very talented, and also with already some experience.

"Charles had a great season," he said. "He is very talented and very fast. He has developed as a person and as a leader and today all the engineers see him as an important reference point in the future.

"I am hoping and pretty sure that Carlos will help us in terms of doing better in terms of constructors," he continued, acknowledging the disappointment of sixth place in this year's standings - the team's worst performance in 40 years. 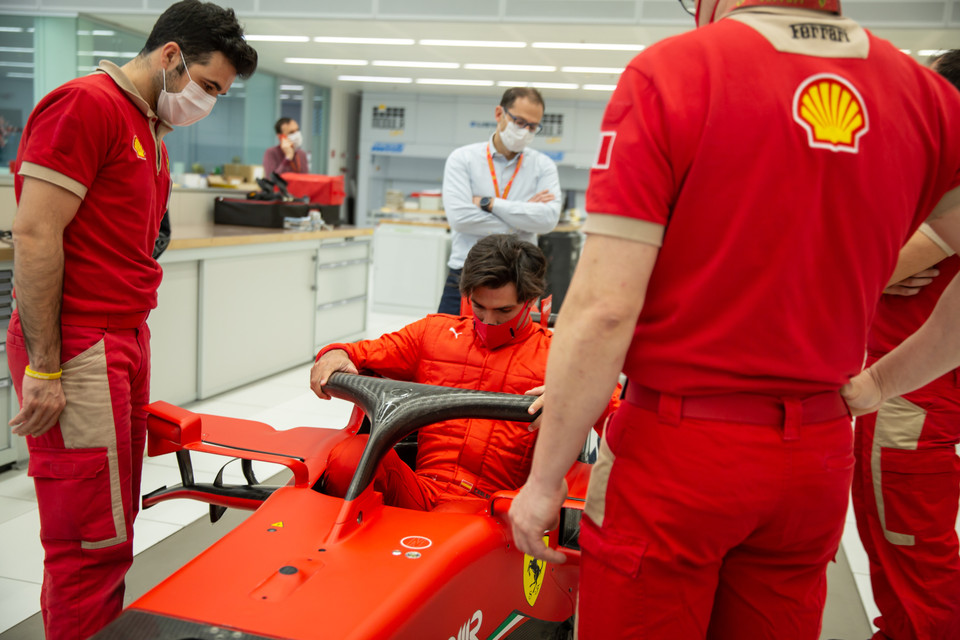 "I expect him to contribute to the constructors' championship. It is important to have two drivers doing very well in the car.

"I am expecting him to be a great team mate, and I am expecting he is a hard worker," added Binotto. "He is a leader and I expect him to help develop the team in the future."

Sainz himself insisted that he was "fully ready, fully motivated" as he paid his first visit to the Ferrari headquarters on Friday. "Totally new, and totally refreshed for this new challenge.

“There will be some Christmas and some holidays to disconnect, and to make sure we recharge the batteries as quickly as possible," he added.

"But you can be sure I'm going to be here pretty early in January to keep pushing, to keep helping this team to move forward as quickly as possible and in the best direction.

“I cannot wait, to be honest. Today I had already my first meetings, my first look around the factory, and it's something that I will never forget.”