It's been a disappointing season for Ferrari and for Charles Leclerc, but the 23-year-old Monegasque insists that he still goes into every Grand Prix weekend with the belief that he can win.

Ferrari finished in sixth place in this year's constructors championship, their worst result since 1980. And Leclerc himself was eighth in the drivers standings with just two podium appearances in Austria and Britain in 2020.

But despite the poor performance from the SF1000 and this year's Ferrari power unit, Leclerc says he always has complete self-confidence when he sets out to the grid.

“Every time I’m on the grid I think about victory," he told Sky Italia F1 this week. "Even when I know it is difficult, when it is impossible and I know we need a bit of luck.

“We have to be realistic but also optimistic,” he added when asked about his prospects for next year. "I’m here to get Ferrari to win in the shortest possible time, but it won’t be easy.

At least Leclerc came out top in the battle of the Ferrari team mates with Sebastian Vettel who has now departed for Aston Martin. It means that Leclerc will be facing a new challenge in 2021 from Carlos Sainz. 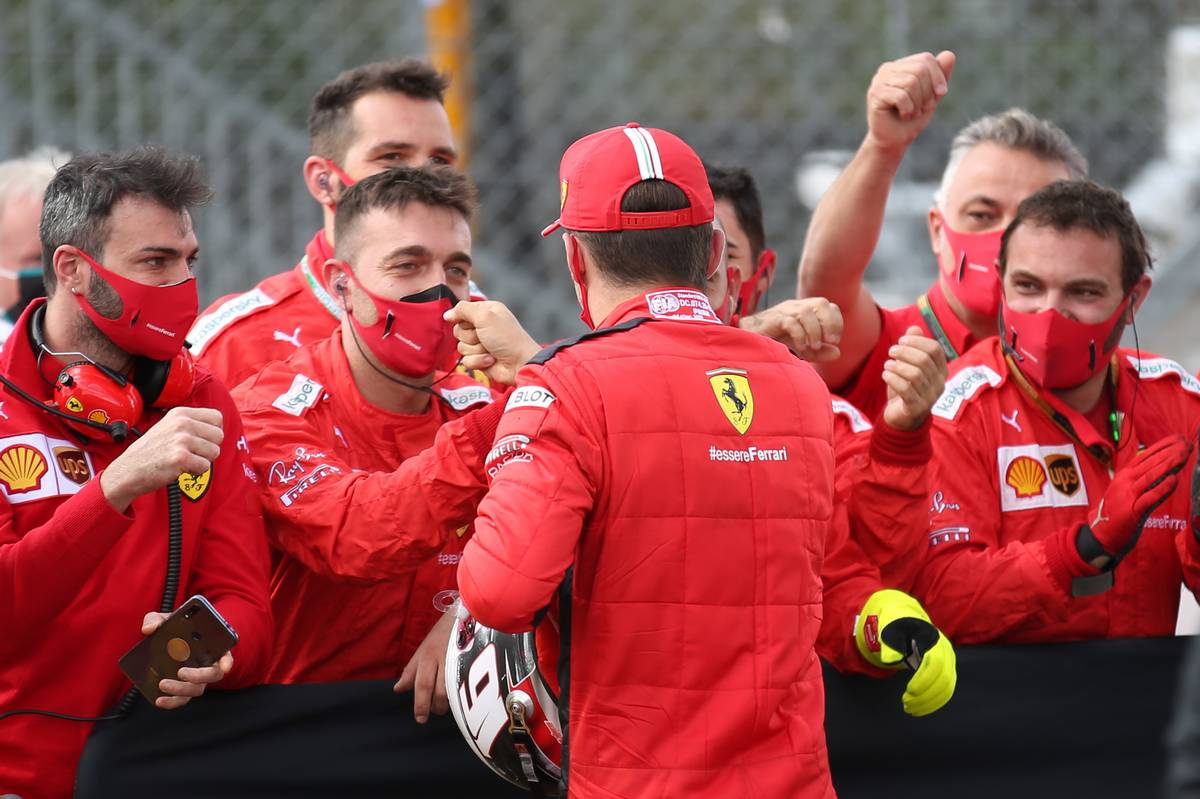 And overall Leclerc is convinced that his latest season had been a significant improvement than his first with Ferrari, even though that had seen him pick up seven poles and two race wins.

"For myself I think it's my best season personally in F1. What I've shown on track, I'm very happy with my season.

“Much, much better than last year because this year I have missed a lot less opportunities than last year," he told the Italian newspaper Il Giornale.

“It was a very difficult year because the car didn’t have the performance we hoped for," he acknowledged. "But I was much more consistent, and more often I was able to give 100 percent.

“The aggressiveness that cost me the podium in Turkey and led me to the accident in the second race in Bahrain is also what allowed me during the season to get results and score many points when we really didn’t expect it.”

“I also learned to be patient. At the beginning of the year I wanted everything immediately because I was trying at all costs to get back the performances of the previous year.”

Bottas has no need to justify his 2020 form - Hamilton