Having been team mates with Sebastian Vettel and Max verstappen, Daniel Ricciardo is a good judge of the calibre of fellow Formula 1 drivers. And this week he's given his seal of approval to George Russell.

Russell made his F1 debut in the 2019 Australian Grand Prix with Williams, but didn't manage to finish in the points until he sat in for Lewis Hamilton at Mercedes in the Sakhir Grand Prix.

Ricciardo said he had been impressed by the way Russell seized the opportunity, topping Friday practice and just 0.025s away from beating Valtteri Bottas to pole position in qualifying.

He took the lead at the start of the race and would almost certainly have won but for a mix-up by the Mercedes crew in pit lane and a late puncture, but remained the star of the day.

“George didn’t need to get pole to kind of prove he’s got the talent, but he was so close," said Ricciardo, who is himself moving from Renault to McLaren over the winter.

"I think the more impressive thing for him was to get a good start, get into the lead and control a big part of that race," the Aussie told the In The Fast Lane podcast. "That’s where he really earned his stripes."

Ricciardo said that while Russell's performance showed just how good the Mercedes W11 was against its rivals, it was also a vindication of the young driver's potential.

“He proved that, yes, the car is amazing and whatnot," he acknowledged. "[But] he proved he is certainly the real deal. He’s one of those younger kids that I think has now proven himself.

“It’s hard to know how good they are until they step up towards the front of the grid," he added. "Not only to see if they are fast enough, but also if they can handle the pressure of being up at the front. 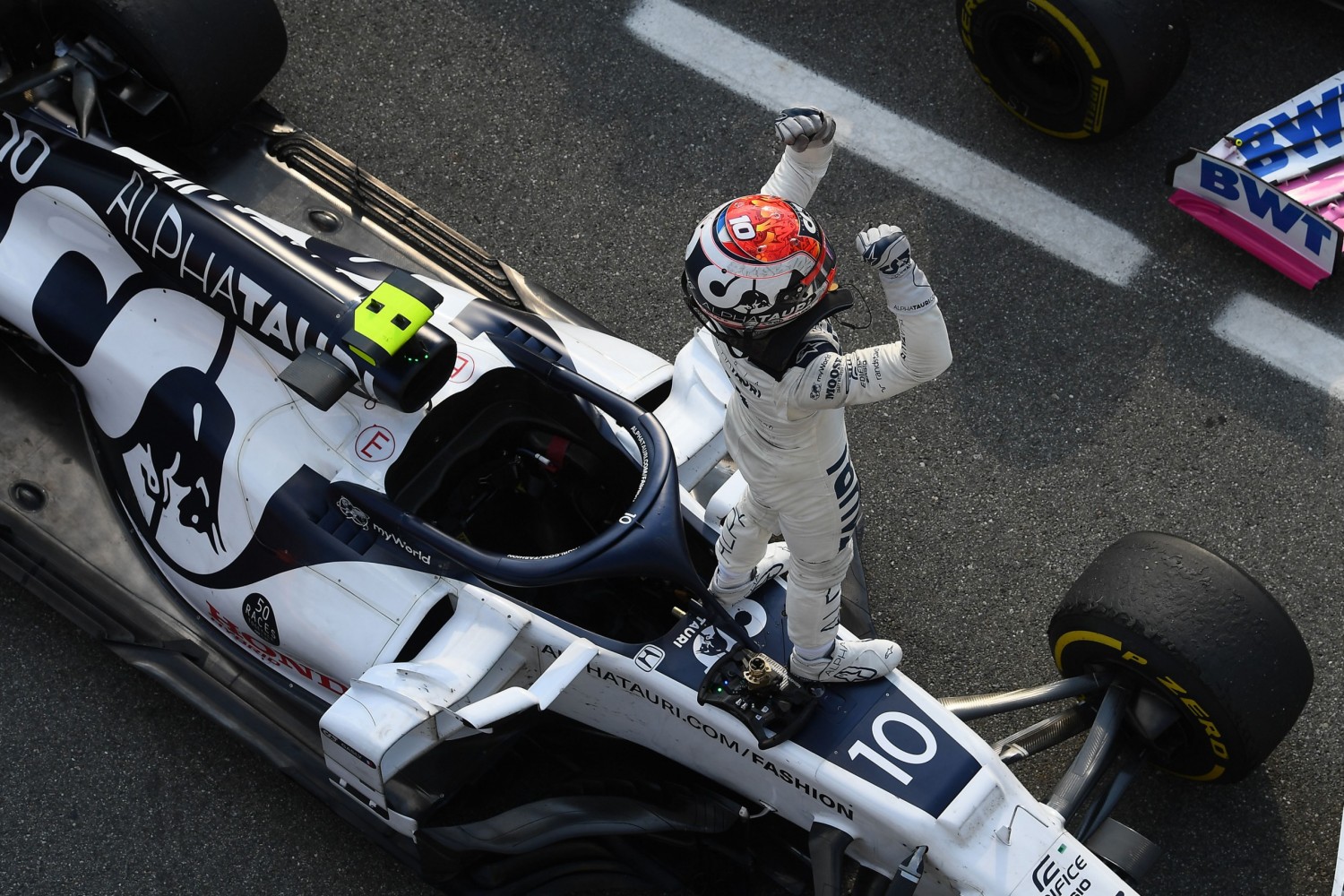 In the same spirit, Ricciardo also praised Pierre Gasly who has blossomed since his return to AlphaTauri after an ill-fated 12-race stint at Red Bull in 2019. The French driver claimed a surprise maiden win this year at Monza.

“It’s hard to put one of Gasly and Russell in front of the other, I think they both had really strong seasons,” opined Ricciardo.

“Gasly won a crazy race [in Monza] but he qualified fourth in some others and he’s been [right up] there," he said.

Ricciardo said that he was impressed by how Gasly had bounced back after hiw Red Bull demotion: "Especially being, in a way, kind of spat out of the Red Bull system.

"He’s still in it but it felt like he was as good as out of it," he added. “It definitely took a bit of mental resilience from him.

"It’s not easy when you’ve got the media and everyone saying you’re not good enough, so hats off to him for making it a really strong year.”

Schumacher must prove himself over Mazepin - Coulthard

'I always believe I can win!' insists Leclerc