In a season packed with dazzling highlights and achievements, Lewis Hamilton has selected the Turkish Grand Prix as his personal pick of the best performance of 2020.

"Turkey naturally is the closest one to memory, because it was not that long ago," Hamilton replied when asked to choose his top moment of this year's campaign

"I think that was [the stand-out] for me, in the circumstances we were faced with as drivers, and with it being so pressured. The championship could be won in that moment."

The race in Turkey was where he did manage to finally secure his seventh world championship title, putting him equal with existing record-holder Michael Schumacher.

But it hadn't started well, with Mercedes struggling with a slippery track and inclement weather in qualifying, leaving Hamilton starting the Grand Prix from sixth on the grid - his worst of the season.

Forced into a one-stop strategy, Hamilton made little headway in the opening laps of the race with drizzle continuing to hamper his efforts.

But once the track started to dry up, Hamilton was soon on his way. Once he took the lead from Sergio Perez on lap 37 he dominated the rest of the race and went on to finish more than half a minute ahead of everyone else.

"I would say that for me was my stand-out performance," he said. 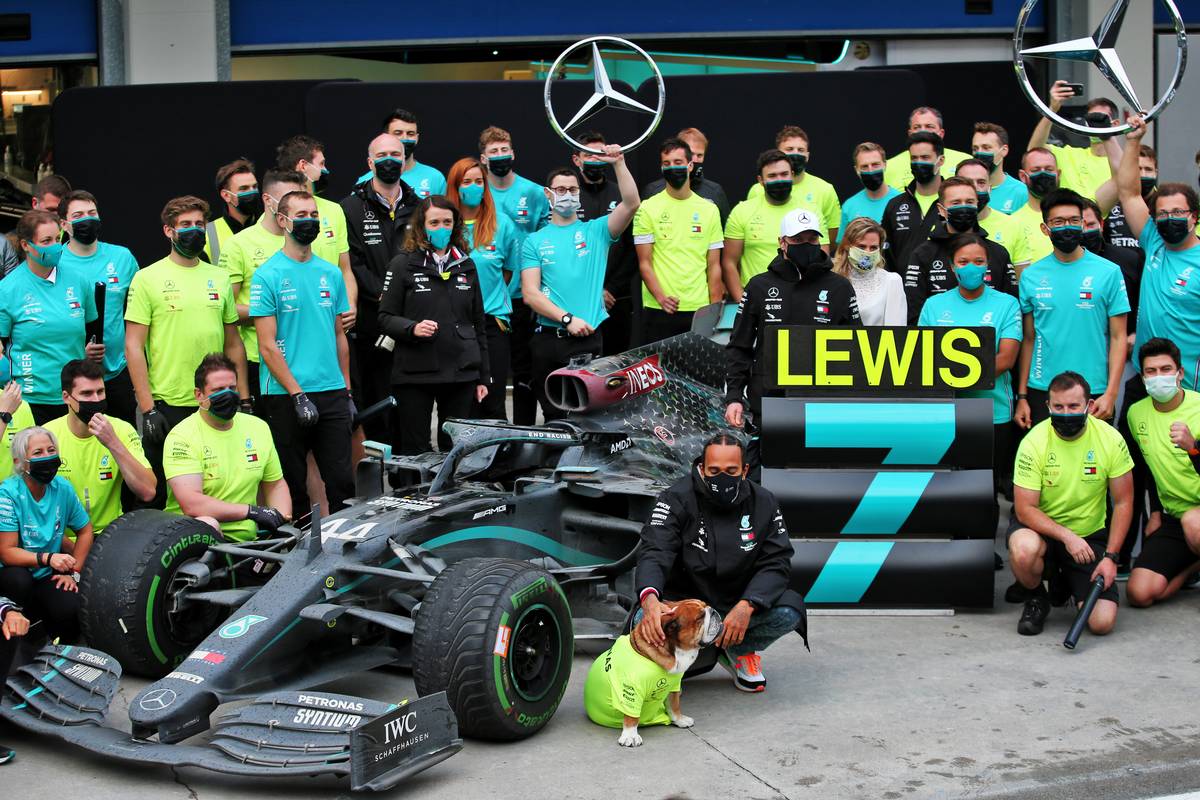 "I’ve gone for Lewis Hamilton winning the Turkish GP in great style,” he said when asked for his 2020 season highlight. “He did not have the fastest car on the track on that day in history yet lapped his team-mate and won by half a minute in treacherous conditions when people couldn’t find any grip.

“That of course, meant he matched the great Michael Schumacher’s tally of seven F1 World Championships, in a style in which Michael would have been very proud and very impressed by."

Turkey hadn't even been on the original 2020 calendar but was added after the outbreak of the coronavirus epidemic delayed the start to the season and limited it to venues in Europe, Russia and the Middle East.

Despite the disruption caused by COVID, Hamilton said that it had made little difference to the way he had prepared for the season.

"I always take it one race at a time, it doesn't change the approach at all," Hamilton insisted according to Motorsport.com.

"It's just the season started much later," he continued. "It was just trying to discover the best way to train and prepare yourself for the opportunity if it comes along that the season is going to start.

"The normal build up, the normal race prep that I would have in building up to the first Grand Prix, arriving ready to peak shortly after - and then there were no races for a period of time.

"It was weird to start mid-year, and all be in Europe and have back the triple-headers. But I think we showed strength and real depth this year as a team."