Formula 1 is expected to roll back its decision to change the start times for Grands Prix races in Europe, and return to the traditional 2pm slot.

Liberty Media changed the start time when it took over ownership Formula 1 from CVC and Bernie Ecclestone in 2018, preferring to start an hour later to make the sport more accessible for American audiences.

An additional ten minute delay to the start of the race was also introduced to make it easier for TV broadcasters to run pre-race content. That meant start times of 3:10pm local time for races held in Europe.

"Some broadcasters usually go on air precisely on the hour, hence missing the tension and emotion that characterise the minutes before the start of each Grand Prix," Liberty explained at the time.

However the changes have not proved universally popular within the Formula 1 paddock, as it left teams with less time after the race to pack up pit lane equipment in time to travel to the next venue.

It was also felt that the ten minutes after the hour start time had confused and complicated the timing of pre-race activities such as the opening and closing of pit lane and the singing of the national anthem.

Moves to revert to the traditional timings are expected to be well received and likely to be quickly approved by all ten teams.

Although the change has not been officially announced or confirmed, several F1 news outlets including RaceFans abd Motorsport.com carried the story on Wednesday morning citing well-placed sources within the sport.

Other non-European daytime races are also likely to make similar changes to their schedules in order to attract the best possible global audience figures, with races set for dusk or night time running also expected to get underway on the hour.

The FIA has already announced plans to reduce Friday’s first and second practice sessions to 60 minutes each rather than the existing 90 minutes.

The season is currently planned to consist of 23 races starting with the Australian Grand Prix in Melbourne on March 21.

However rumours persist that the event will be postponed while coronavirus continues to be a problem in the region. That would make Bahrain the season opener on March 28. 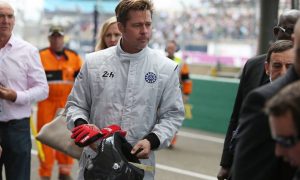