The new season of the popular Formula 1 documentary series Drive to Survive will be released on Netflix on March 19.

The ten-episode run will cover the 2020 championship and reveal what happened behind the scenes as the sport scrambled to react to the global impact of the coronavirus pandemic.

The season starts with a cliffhanger with the planned first race in Australia called off just minutes before the gates were due to open to admit fans for free practice.

After that it was another three months before racing was able to resume in Austria at the start of July where Netflix camera crews were present to capture the action as Valtteri Bottas took first blood at the Red Bull Ring.

A few weeks later there was drama for Racing Point when Sergio Perez became the first F1 driver to test positive for COVID-19, forcing the team to turn to Nico Hulkenberg as a last minute replacement.

The new season of Drive to Survive subsequently shadowed Ferrari at the Italian Grand Prix, a home race that went terribly wrong for the Scuderia which suffered a double retirement for Charles Leclerc and Sebastian Vettel.

An F1 statement called the latest series “the most dramatic season to date”, and added that “fans will once again be taken behind the scenes to witness first-hand how the drivers and teams battle it out for victory in a year like no other”.

A short 30s teaser has been released that highlights the challenges the pandemic posed to F1 last year, with a longer trailer expected to follow before the show starts airing.

First airing in 2019, Drive to Survive is produced by Academy Award winner James Gay Rees and Paul Martin for Box to Box Films which was also behind the acclaimed Senna documentary.

Netflix is yet to confirm whether cameras will be back i the paddock for 2021, with a decision on season four still to be announced.

The series has been popular with fans but is expensive to make, with Ross Brawn stating last year that it was not a particularly profitable venture for F1 despite raising the sport's international profile.

While the show has made stars of figures such as Haas team principal Guenther Steiner, others have been less happy with the way that they have been depicted in the final edit.

"I don’t think it was the real me," Max Verstappen complained about season 2 "The series is all about excitement and it needs to be exciting, so they position you and whatever fits to the episode." 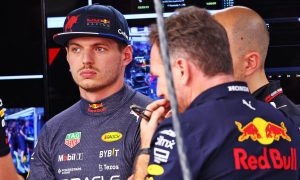 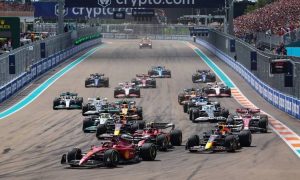 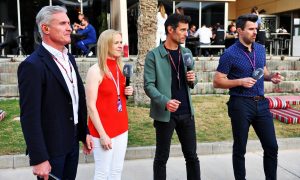