Lando Norris says he won't use Daniel Ricciardo's vast experience in F1 to justify a defeat at the hands of his new McLaren teammate this season.

The 31-year-old Ricciardo, a seven-time Grand Prix winner, takes up his position at McLaren as the team's seasoned racer, determined to help push the papaya squad back up to the front of the grid.

Norris has ambitions of his own but the 21-year-old who heads into his third season of F1 with McLaren admits he is still a work in progress who aims to learn from his new teammate.

However, the young gun won't use his junior status to justify being beaten by Ricciardo with whom Norris is expecting a "fierce" intra team battle. 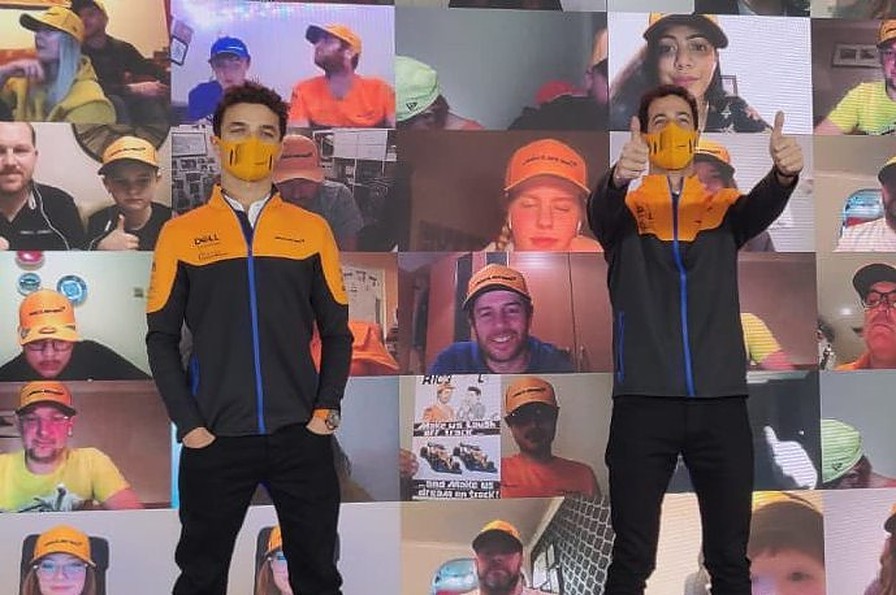 "I don’t think him [Ricciardo] not being with the team [previously] makes any difference," Norris told Sky F1.

"I don’t want to use his 11 years of experience as an excuse to say that’s why he might have beaten me.

"We’ll see. I think it will be a fierce battle between us. I’m excited for the team-mate rivalry we’ll have, which will obviously be a good one, but he’s still a guy I can learn from.

"That won’t change race results or how we both go racing. We are both still learning every day and improving our driving and that’s what I’m excited for."

Last season, Norris confirmed is ongoing development as a Grand Prix driver, contributing 97 points to McLaren's 202-point final tally in the Constructors' championship, a score that included a podium finish at the Austrian Grand Prix.

Norris cast an overall positive view on his 2020 campaign but aims to sustain his forward march this season by improving his skills in certain specific areas.

"I’ve got targets I’m setting myself now, but nothing as a whole objective," he said.

"I’m making sure I’m ready in certain areas but in saying which ones I want to improve, I think I’ll wait until pre-season comes along.

"I was much happier with how last year went in terms of my races.

"There were no outstanding problems, which there were after year one, so I’m happy I improved in those certain areas but there are always little things you want to improve on."