McLaren says that a post-race examination of Daniel Ricciardo's car in Bahrain revealed a damaged floor that resulted in a loss of a "considerable amount of downforce".

The floor damage was sustained when AlphaTauri's Pierre Gasly hit the rear of Ricciardo's car on the Safety Car restart on lap 4.

After the race, before the damage to his car had been diagnosed, Ricciardo suspected his relative lack of pace may have been rooted in some sort of impairment. 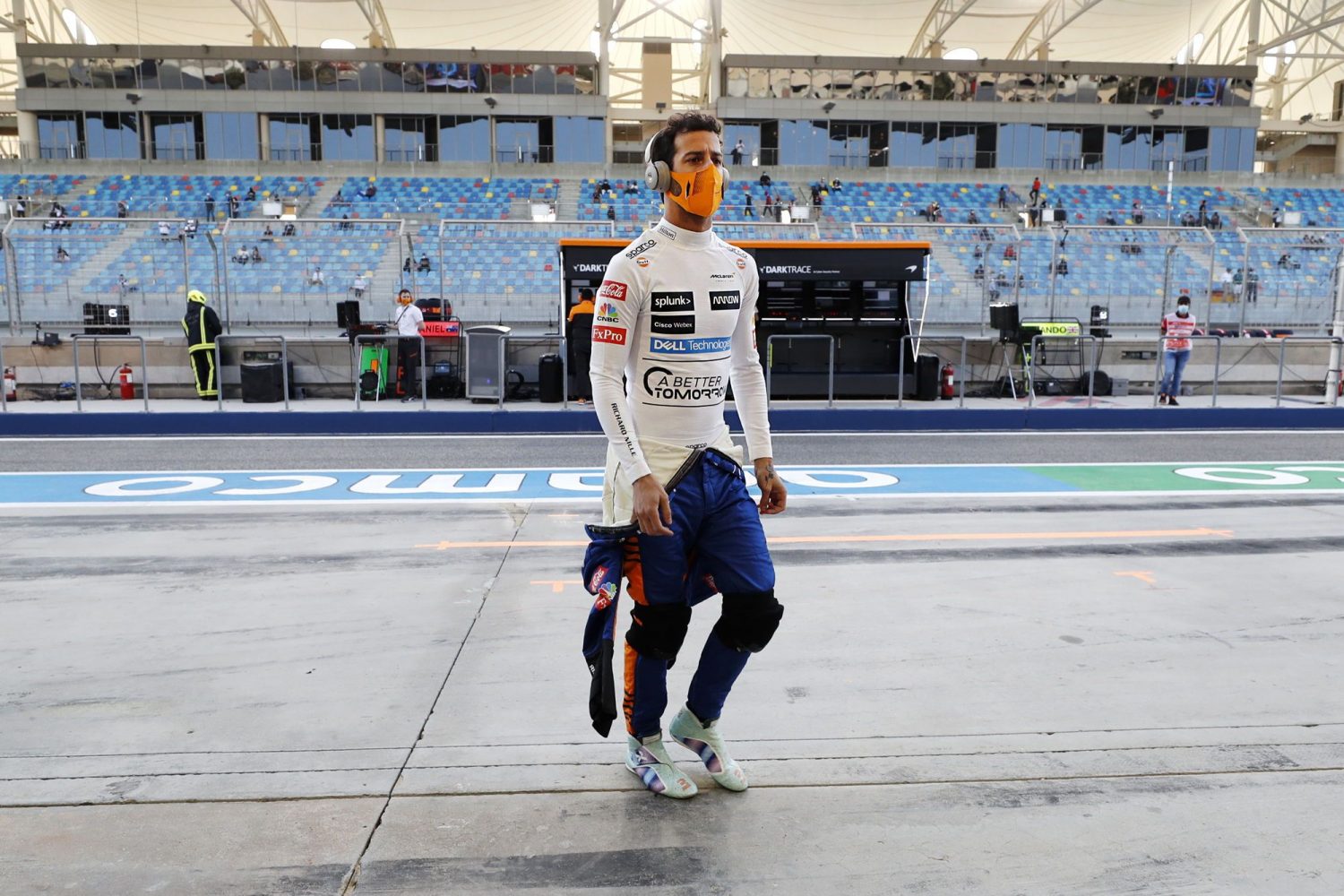 "I kind of hope I have damage, maybe it explains some of the lack pace."

McLaren team boss Andreas Seidl later confirmed that Ricciardo's MCL35M had indeed been wounded in the contact with Gasly.

"Post-race we found damage to Daniel’s floor from the impact of Pierre running into the back of his car at the beginning of the race," explained McLaren team boss Andreas Seidl.

"The level of damage cost a considerable amount of downforce. Despite the performance loss Daniel used his experience to cope with the issues and score important points for the team. We now look forward to the next race."