Toto Wolff says the sheer cost of Valtteri Bottas' crash with George Russell at Imola could impact Mercedes' development program in the context of this year's budget cap.

After Bottas' high speed run-in with Russell in Sunday's Emilia Romagna GP, the Mercedes crews were left to contemplate a heavily damaged W12.

While the car's chassis isn't a right-off according to Wolff, the extent of the damage is set to generate a massive repair bill, the cost of which will have to be taken out of other items or expenses earmarked for this season - such as updates - in order for the Brackley squad to remain within F1's $145 million mandatory budget cap.

"It’s quite a big shunt," Wolff said. "Our car is almost a write-off in a cost-cap environment that is certainly what we needed, and probably it’s going to limit upgrades that we’re able to do.

"And simply the fact that we ended there by losing it in the wet, because there was no contact, losing it on the wet, and making both cars crash out is not what I expect to see.

"We are very stretched on cost cap, and what we always feared is a total write-off of a car. This one is not going to be a total write-off, but almost, and that is not something we really wanted." 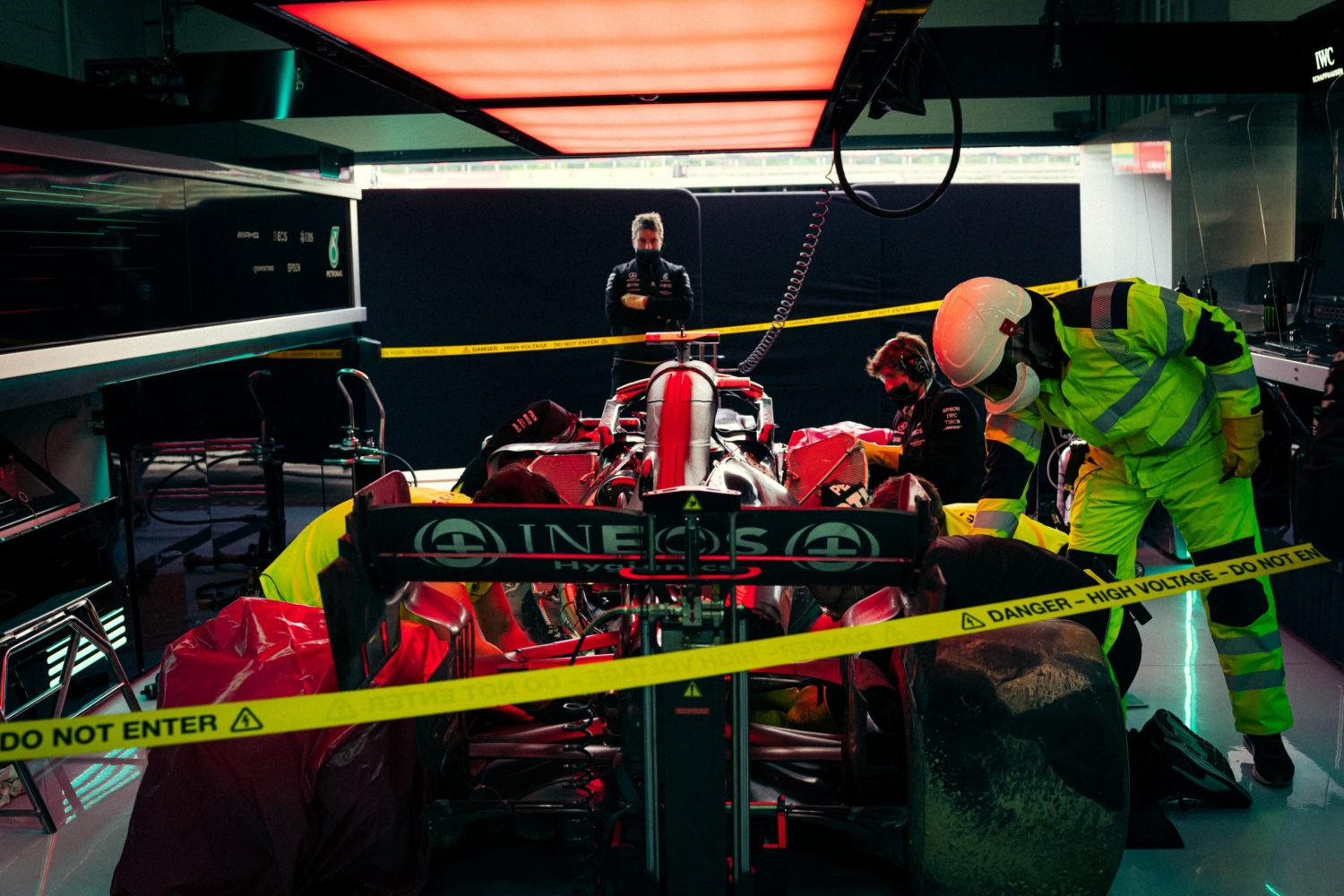 Mercedes trackside engineer Andrew Shovlin said the team will need to wait until it completes a full assessment of the damage at its base to determine the elements that can be salvaged from the wreck.

But Shovlin said there was no getting around the fact that last weekend's incurred damage - which also included a front wing on Lewis Hamilton's car - was not "in the plan".

"The new factor for us this year is that we’re all cost capped," he explained. "This sort of damage isn’t really in the plan.

"Our drivers have been incredibly good at getting through seasons without breaking much in recent years, and certainly in terms of the bill in terms of carbon work and metal work will be very extensive from that.

"So we’ll go through and look at what we can actually salvage, and get the cars back together for Portimao. But it is quite a concern when you have these sort of incidents.

"It is really a factor of the cost cap, and the money has got to come from somewhere.

"Ultimately if it becomes a big problem, it can start to hit your development budget. So we do need to be mindful of that moving forward."