Next weekend's Portuguese Grand Prix looks set to be forced behind closed doors as the sport continues to deal with the outbreak of the coronavirus pandemic around the world.

Last year's calendar had to be completely rewritten after the first cases of COVID were detected at Melbourne's Albert Park, forcing the sport to cancel the Australian GP at the last minute and go into months of lockdown.

F1 did go on to successfully complete a 17-race season. Many of those Grand Prix had to be held behind closed doors with no fans in the grandstands, but F1 bosses had hoped that 2021 would see a return to normal.

"At this stage I’m still hopeful and optimistic that the bulk of the season will see spectators," F1’s Global Director of Race Promotion Chloe Targett-Adams said in February.

However traditional season opener Australian GP has since been forced to postpone until the autumn. China is on indefinite hold, and the latest reports suggest the Canadian GP will also be cancelled and replaced by a return to Turkey.

Reports that Portimão's Algarve International Circuit might have to close its doors to fans again will be a particular blow to organisers, as last October's short-notice event was one of the first to see a large (if far from capacity) crowd.

At one point there were ticket sales of 45,000 for the race, but a late surge in COVID cases in the region forced the circuit to scale back the daily attendance numbers to below 30,000.

Portugal hadn't expected to be back on this year's calendar but was eventually added as the third race of the season as a safe pair of hands for the early stages of the 2021 schedule. 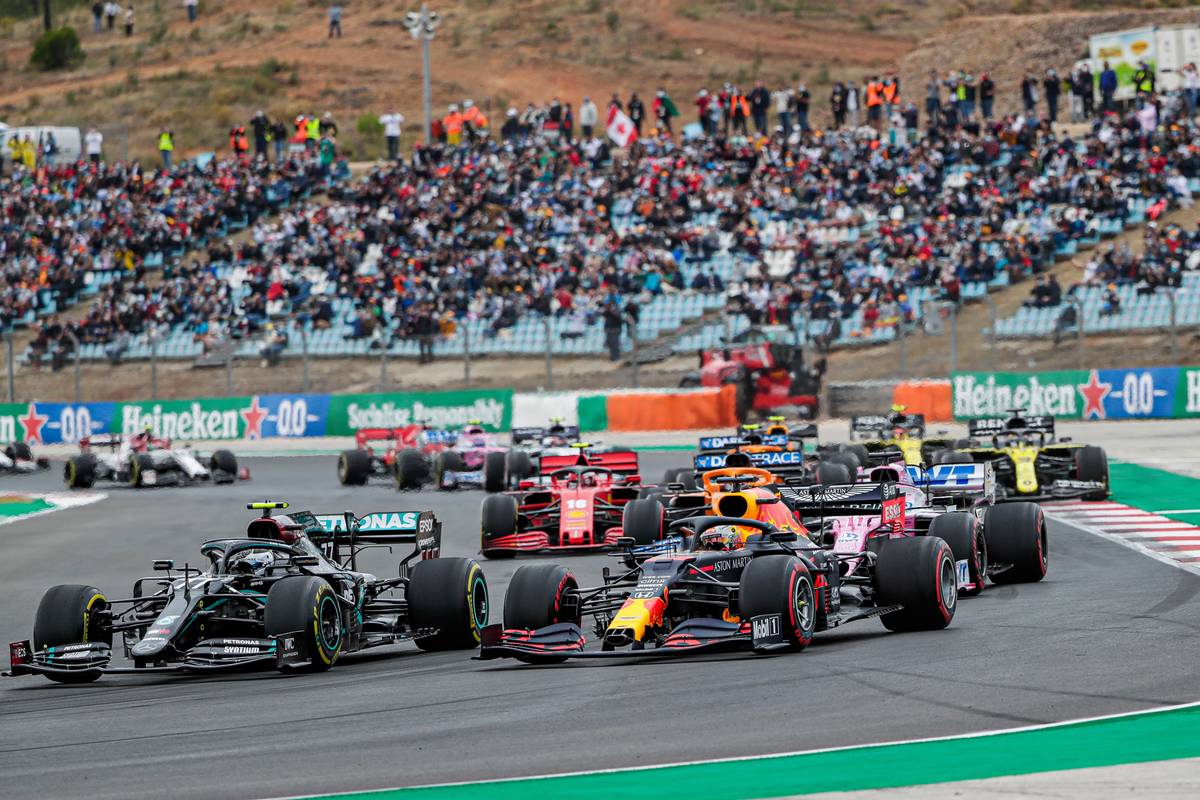 There's been no official confirmation of the plans for next weekend's race, but the respected Motorsportweek.com publication stated unequivocally that it "will be held without spectators owing to ongoing COVID-19 restrictions in the country."

A limited number of local fans had been permitted to attend the opening round of the season in Bahrain providing that they could show they had received both doses of the COVID-19 vaccine or that they had recovered from the virus.

But the Emilia Romagna Grand Prix at Imola went ahead without fans being allowed into the Autodromo Enzo e Dino Ferrari, and fans will also not be allowed in Barcelona for the Spanish Grand Prix or in Baku City for the Azerbaijan GP.

Having cancelled last year's iconic race, organisers in Monaco hope to go ahead with this year's even with a limited number of local spectators at the street circuit.

The Principality was able to hold its Historic Grand Prix event on Friday, a traditional curtain raiser event ahead of May's race.

Formula E is also expected to go racing there on May 8, on the full-length circuit rather than the cutdown version previously utilised for the all-electric world championship.

Capito says Latifi has it tough alongside Russell