Just two weeks after finishing on the podium in Imola, McLaren's Lando Norris admits that he fears he might not be in the top ten at the end of Saturday's qualifying session for the 2021 Portuguese Grand Prix.

His concerns followed a difficult time in Friday's free practice sessions which saw him slump to 12th place on the afternoon timesheets.

"There were a lot of people making mistakes, myself included, so it's not easy to put it all together," he said afterwards. "You don't have like an obvious one lap where the tyres are good, they last two or three laps here.

"It is different and it is tricky," he continued. "The car balance also isn't maybe quite as good as the past few weekends.

"[There were] a couple of issues here and there which interrupted some of our running ... it just meant we didn't quite get through the run plan as easily as we wanted to.

"Normally we'd have a big gap to the Alpine the last few weekend, but this weekend they seem a lot more competitive. It makes the race - or the chance to get into Q3 - a lot more difficult.

"We definitely have some work to do overnight on some things," he added. "I think there’s some quite clear areas we can focus on that, if we improve them a little bit overnight, we can definitely find some performance. 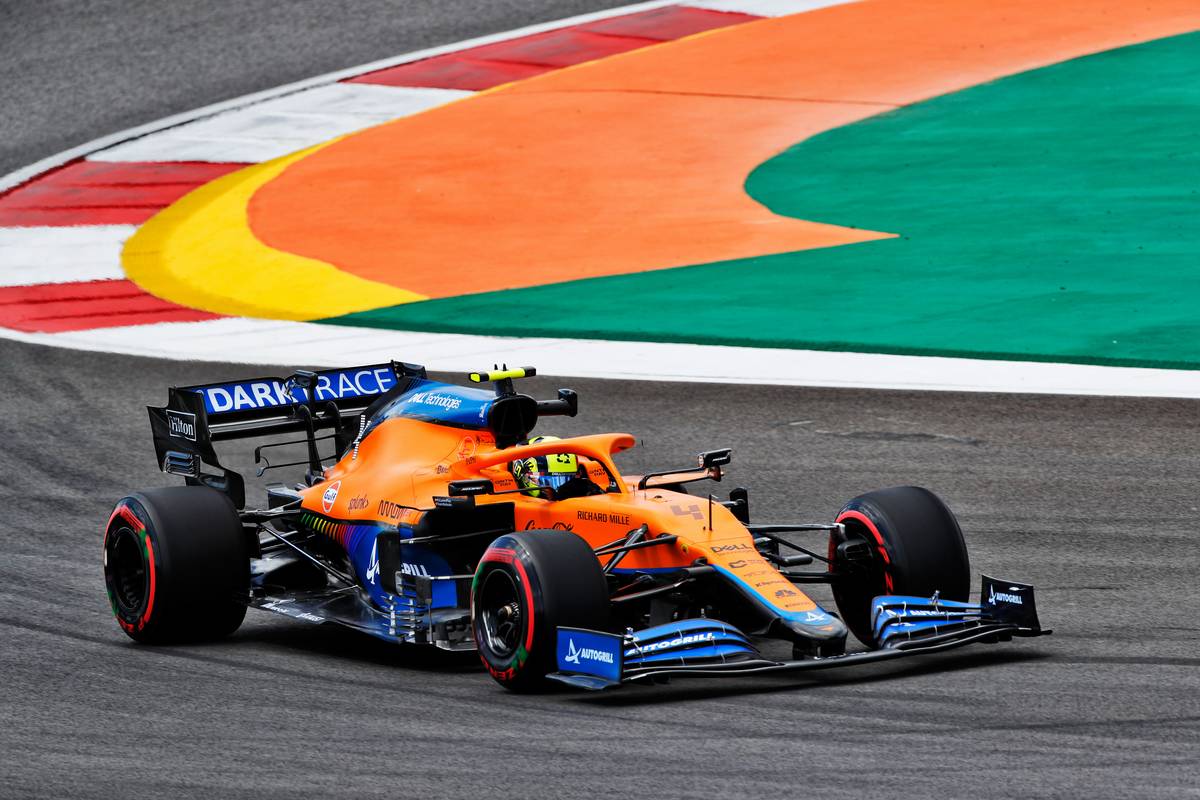 Norris can look to the other side of the garage where team mate Daniel Ricciardo was on better form. "We were eighth this afternoon, so we’re definitely in the ballpark," Ricciardo said.

"Today I took a step forward in terms of just my confidence in the car and ability to hang it out a little bit more.

"It was a better day personally," he added. "I felt pretty comfortable from lap one this morning. The more laps I do, the better I feel

McLaren's executive director Andrea Stella felt that there was everything to play for tomorrow, for both drivers.

"The conditions are quite testing because of the low-grip tarmac, the slow warm-up of the tyres and because of the wind, which make driving the car at the limit difficult," he said.

"We had a very useful Friday and gathered good information on where we would like to improve the car overnight, and also on the likely behaviour of the tyres for the race.

"We’ll put it all together tonight, make some adjustments, and do our best tomorrow.”

Alonso 'most comfortable' after strong day for Alpine

Sainz keeping it 'on the cautious side' despite positive day