Daniel Ricciardo undeniably concluded his Sunday at Portimão in a better frame of mind than the one that prevailed at the end of qualifying the day before.

On Saturday, the McLaren driver had called his disastrous P16 performance in qualifying "grim".

But twenty-four hours later, after a solid drive in the Portuguese GP that saw him finish P9, his efforts had gone a long way towards restoring a bit of positivity, even if his underperformance from the day before was still on his mind.

"I mean, I certainly still woke up frustrated this morning," he said after Sunday's race. "You’ve got to clear it from your mind and obviously what’s done is done.

"Yeah, I should be starting wherever but I’m not. Get on with it and stop sulking.

"For sure, I was still frustrated and it’s hard to shake when you believe in yourself and you know what you’re capable of and when you don’t execute it breaks you.

"You get 23 chances a year, it’s actually not that much. When you don’t get it right, even waiting seven days, it’s a long time to kind of live with it." 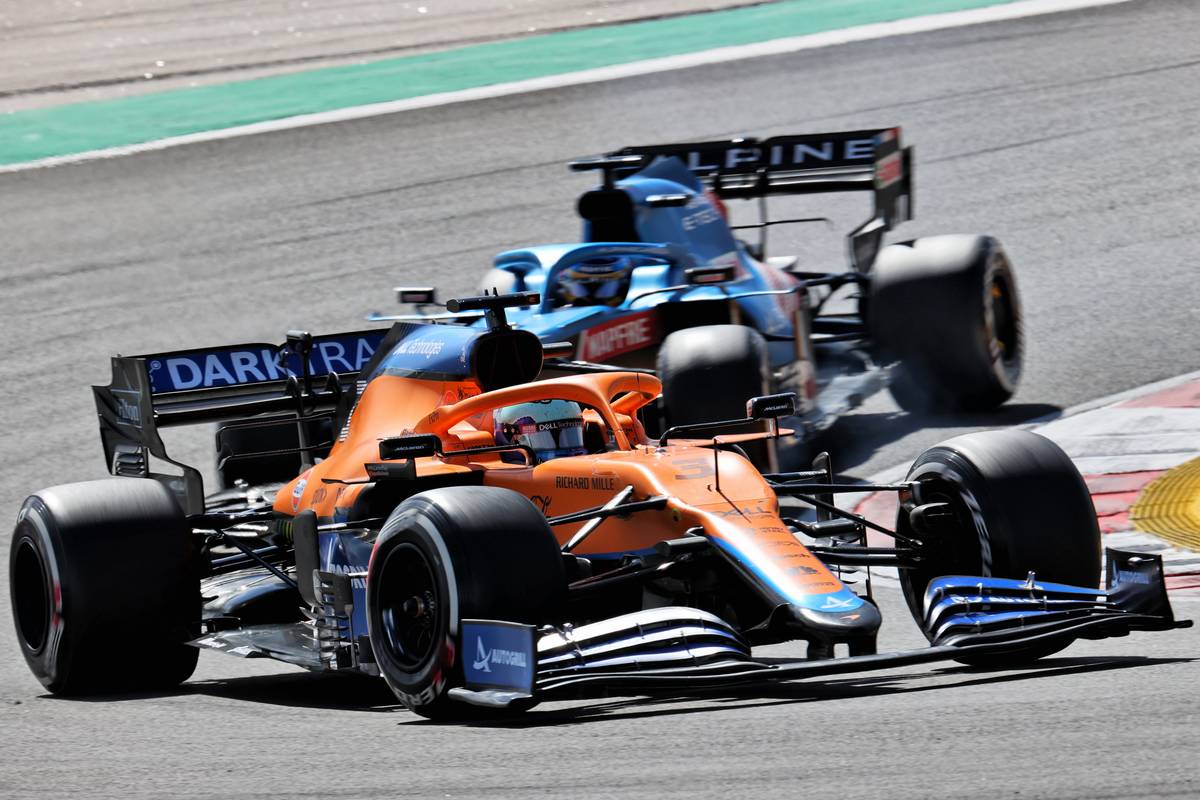 Ricciardo made headway at the outset in Sunday's race, purposefully running a long first stint on the medium tyre that carried him all the way up to P5.

A switch to the hard compound allowed him to consolidate his position just inside the top-ten while he passed Ferrari's Carlos Sainz for 9th just three laps from the checkered flag.

"Today was better, I was able to relieve some of that [frustration]," he admitted.

"The next few days, [I'll] probably just do some hard training to release any more excess energy I have and have some fun going to Barcelona with a fresh mindset.

"I know what I’m capable of, so eyes forward and [I will] not look behind," he added.

"I wanted to attack on the first lap and take a few risks – I felt I did and it paid off – and then just chipped away in the race.

"Some parts of the race with really good promise and some others with not so much, but I think those highlighted some things in the car that I’m still probably asking for, and I think we could find some with set-up and not necessarily with an update."

Verstappen responds to Rosberg comment on 'how good Lewis is'