Antonio Felix da Costa was determined not to let a hard-fought pole position go to waste in Saturday's Monaco EPrix, the DS Techeetah winning the round with a dramatic last lap move on race leader Mitch Evans.

Da Costa led the early laps of the race but was overhauled by fellow front-row man Frijns. The Brazilian's passage over the Attack Mode gate delivered extra watts but failed to allow him to recoup his position at the front of the field.

Instead, da Costa fell into the clutches of his teammate Jean-Eric Vergne and Jaguar's Mitch Evans. Up ahead, Frijns succeeded in building a small 1.4s cushion, but the Dutchman relinquished his edge and fell behind Maximilian Gunther when he again activated his Attack Mode.

But Frijns pressed on, overtaking the German and then passing da Costa on the run to the Nouvelle Chicane.

However, da Costa's second run through the energy gate allowed the Brazilian to reel in and pass Frijns once again, while Evans used his own Attack Mode bonus to slot into second with a move on the Virgin Racing driver at Ste Devote.

Evans – unhindered by a short safety car period - upheld his momentum and passed da Costa with a brave move on the outside of Beau Rivage.

But the Kiwi's energy levels were quickly falling, with da Costa delivering the coup de grace along the Mediterranean seafront on the final lap on the run down t the chicane.

As da Costa collected the win, it only got worse for Evans who was pipped for second by Frijns, with Vergne and Gunther rounding off the top-five.

A double retirement for Nyck de Vries and Stoffel Vandoorne in the Mercedes camp propelled Frijns to the top of the Drivers' standings with 62 points, or a 5-point lead over de Vries, with Evans now sitting third with 54 points. 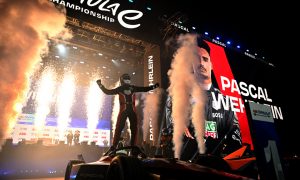 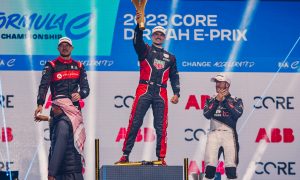 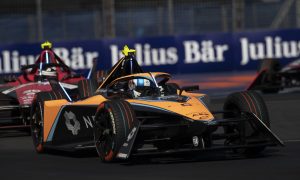