Romain Grosjean reckons he's "still got it" after leading half of Saturday's IndyCar round at the IMS and finishing second, a performance that remined him of his "good old days" of winning.

Grosjean started his third IndyCar race with Dale Coyne Racing from pole and led the GMR Grand Prix at the Indianapolis Motors Speedway for 44 laps before succumbing to the efforts of Ed Carpenter Racing's Rinus VeeKay.

But the former Haas driver's performance, less than six months after his fiery crash in the Sakhir Grand Prix, was the talk of the weekend at the Brickyard.

"Well, it feels like the good old days when I enjoyed winning races," Grosjean told RACER.

"In Formula 1, when you don’t have a good car, it beats you up a bit and yes, you lose a bit of self-confidence. 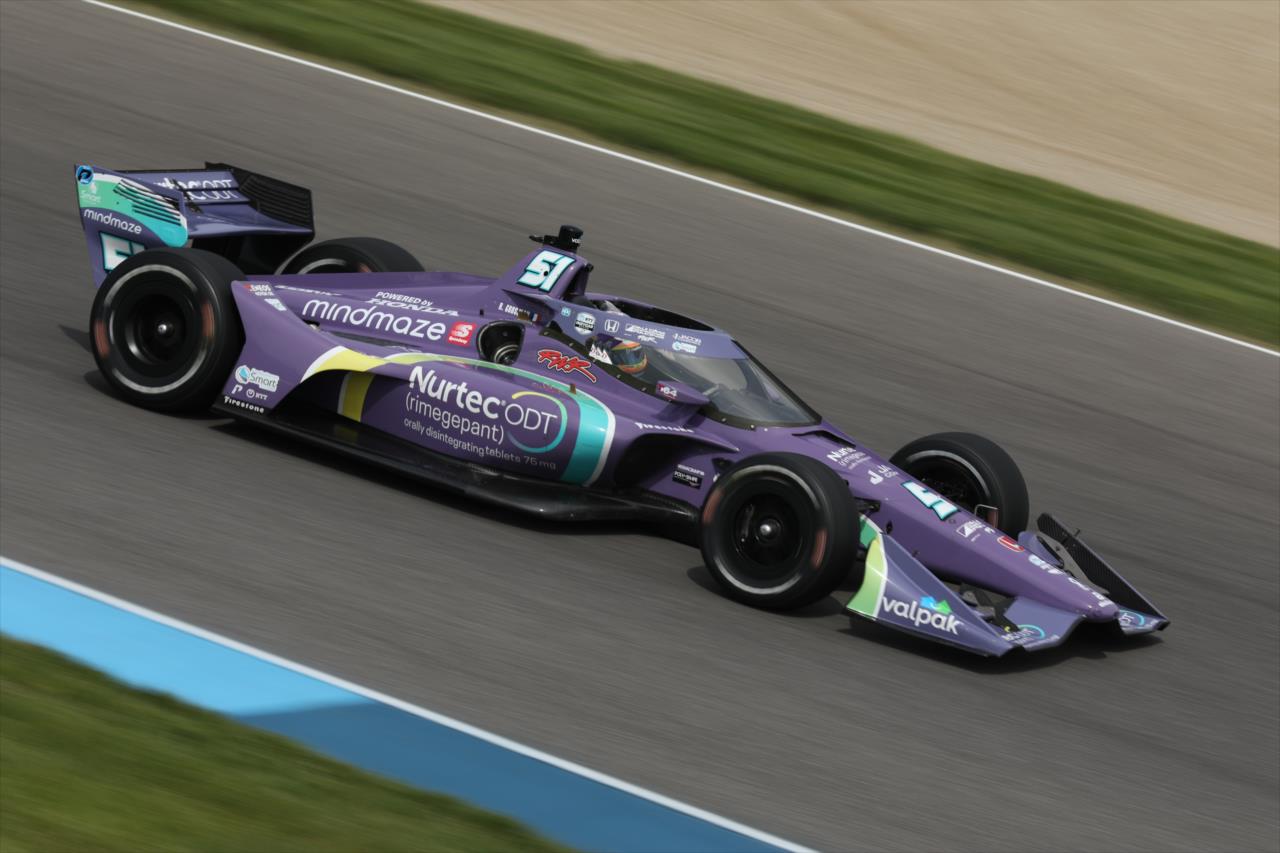 "You don’t know if it’s you or the car, and sometimes you ask yourself, but it was good people around me to remind me what I was capable of.

"I came here as a challenge in IndyCar and also, every decision means it’s a risk. But I came in and I say, ‘look, I want to see what I’m capable of doing. I think I’ve still got it. I can do good’.

"Yeah, this weekend has been gaining proof that they were right. Barber already gave me really good confidence. St. Pete was a touch less competitive. But this weekend, we were definitely on it."

Grosjean believes his performance not only silenced his critics but also validated his choice to head to America this year to take a shot at IndyCar.

"Formula 1 has been an incredible part of my life and I don’t regret any of it, but obviously at the end decided to stop because I wanted to fight for wins," he added.

"I knew they were an option that we could be competitive and fighting for good positions here, and that’s what was the motivation I had.

"After being 10 years in Formula 1, it was easy for people to say, ‘oh, this is a bad driver’. But I’m here, I’m enjoying my time and doing the best I can.

"This weekend, we’ve shown the team know what to do with a good car and I know how to drive it."