Lando Norris was left speechless after clinching a podium finish in Formula 1's most prestigious race, the Monaco Grand Prix.

The McLaren driver has previously finished in the top three on two occasions in Austria and Imola, but the 21-year-old British driver described today's result as a dream come true.

"I don't know what to say, I didn't think I'd be here today," Norris told the media in parc ferme after the end of the race. "It's always a dream to be on the podium here, so it's extra special."

"I didn't think it was gonna happen but a bit of luck, some good driving and a good car all weekend," he said, thanking everyone at the team. "It's awesome, big thanks to them and we'll try to keep it up.

"It's been a cool weekend, especially here in Monaco, it's even more special than any other track. I'll cherish it."

It's the first time that McLaren has claimed a podium at Monaco since 2011 when Jenson Button finished in third place.

"We thought it would be one of the toughest weekends we’ve had all season, but it’s almost turned into the opposite. So it’s pretty insane, pretty incredible.

"It’s something you never really think of, and we definitely didn’t think of coming into this weekend," he added. “Of course I’m smiling, I’m super happy. 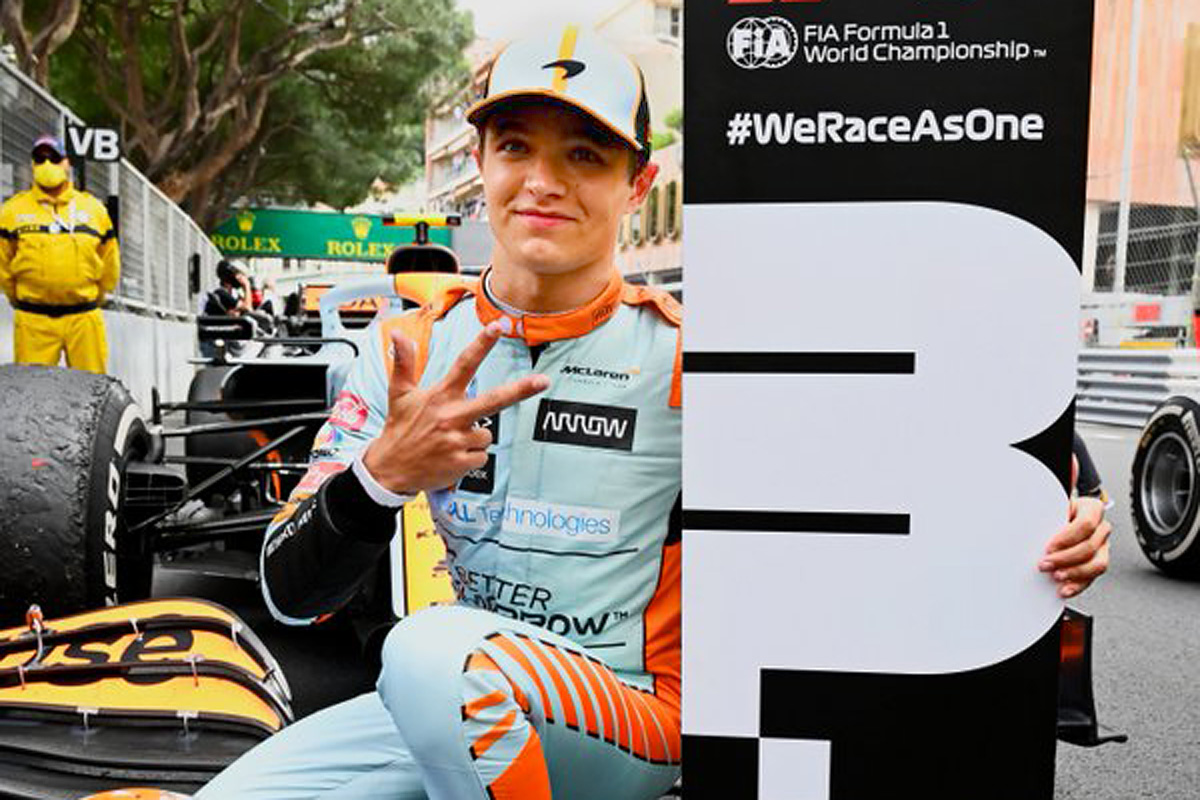 "But I'm just hoping there's plenty more of them and we can do it at other tracks, because I think that's going to be the harder thing to do.”

Norris had performed strongly in Saturday's qualifying session which meant he was set to start the race from fifth place. Even so, gaining positions at Monaco is notoriously tricky.

He was handed one place straight away when Charles Leclerc failed to take his place on pole due to a driveshaft issue on the Ferrari. And on lap 31, a disastrous pit stop sidelined Mercedes' Valtteri Bottas and left Norris with a potential podium.

“It's been a pretty crazy weekend,” said Norris. “The car's been pretty good to drive, I've had a lot of confidence, felt very comfortable and I think that showed."

But holding on to that prize proved quite a challenge as Red Bull's Sergio Perez applied the pressure when the McLaren's tyres started to go off. 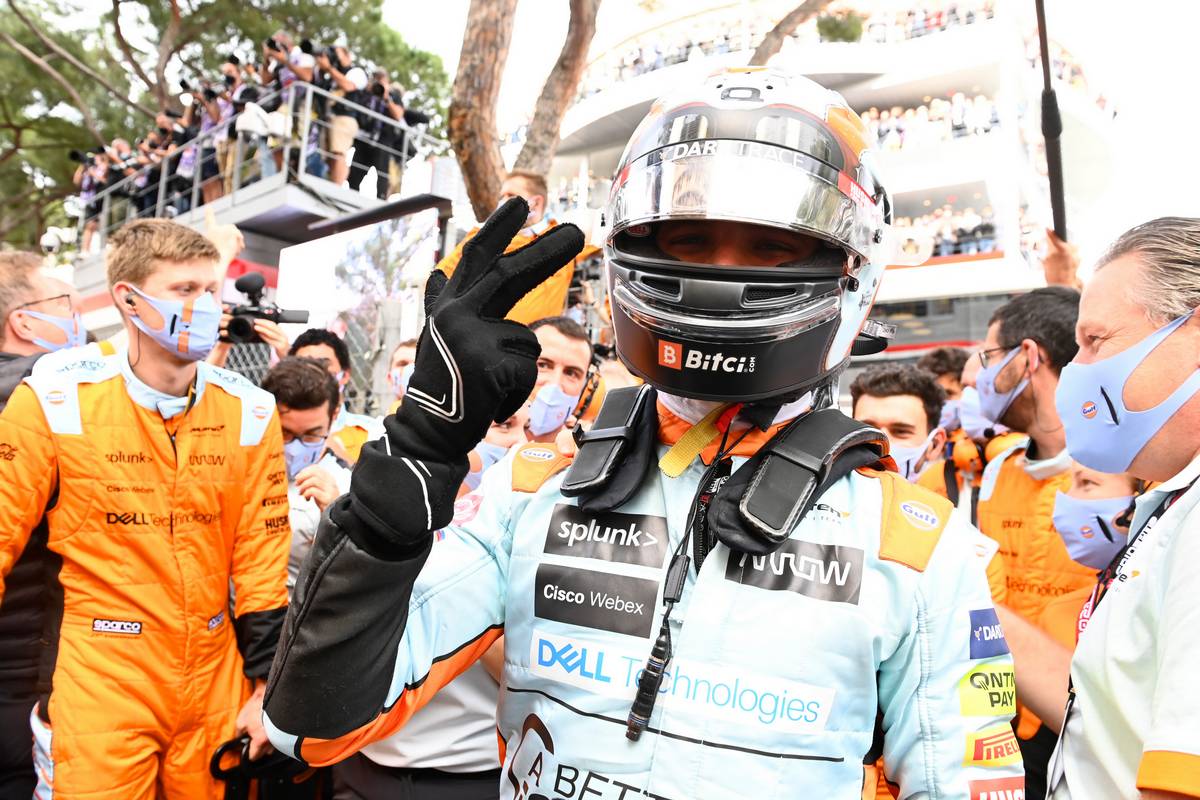 "It was a fricking long race, especially with Perez the last few laps," he admitted. "I know you can defend relatively easily in Monaco, but there's still just that pressure.

"Seeing him in my mirrors every time I go round the corner is just a bit stressful," he said. "I was keeping up in the first stint, but the second stint we struggled a bit more on the harder tyre.

"But we had good pace all weekend and it's paid off today," he added. "It's a track you can defend relatively easily on. As long as you've got them covered into turn 1 and turn 10 then you're in good shape.

"As long as I didn't make any mistakes there then I knew I'd be in with a good shot," he said. "It was more just managing a couple of things like the fuel, the tyres, things like that which made my life a lot more tricky than ideal.

"It's the way it is. It's the way races go sometimes, but it paid off so I'm not complaining." 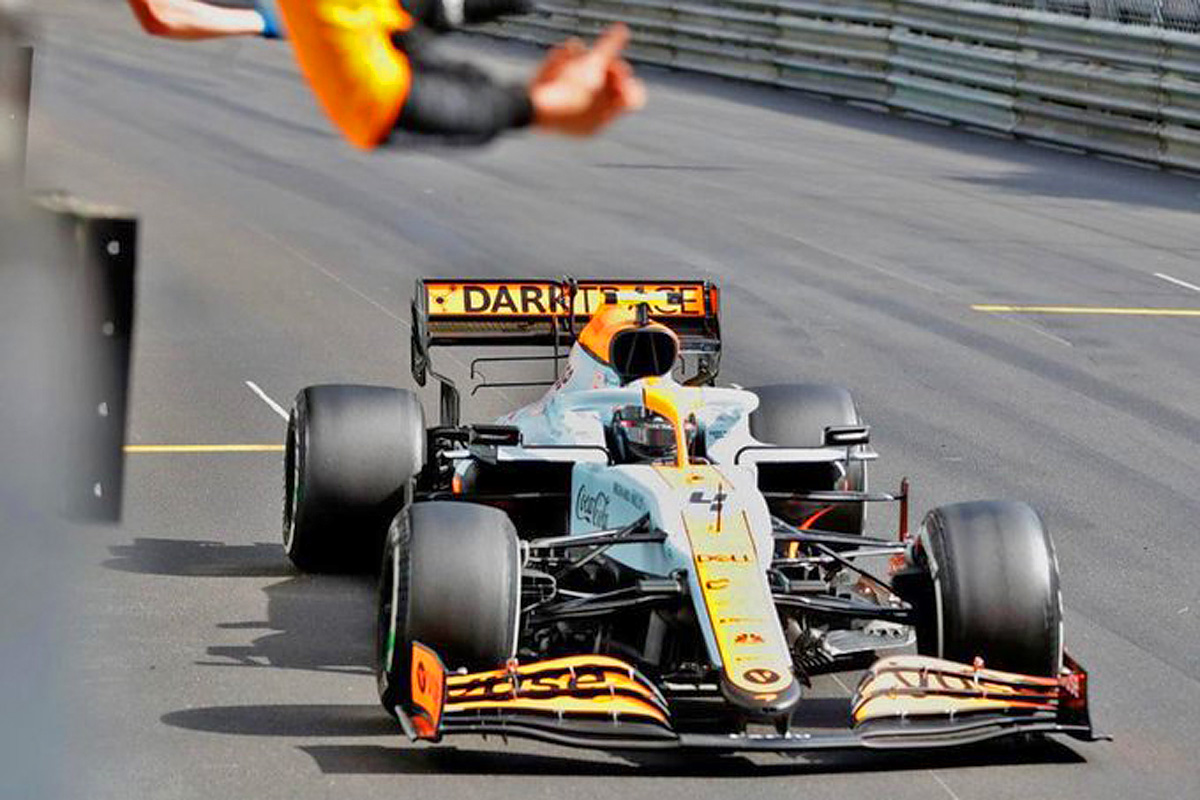 Today's success means that Norris moves ahead of Bottas in the drivers championship and is now third in the standings.

"I'm not thinking of the championship, that's like an added bonus for now," he insisted. "Moments like today, Imola, the biggest thing is seeing the team, how happy they are, their hard work paying off.

"It's our final year to really make that next step and really get on the same foot as Red Bull and Mercedes and Ferrari, and days like today prove that," he concluded. "If we make the car that little bit better we can be even stronger.

His success on Sunday was also crucial in keeping McLaren in third place in the constructors championship even though Ferrari was able to cut the deficit to just two points.

Norris even managed to lap his team mate Daniel Ricciardo at one point in the race, with the Aussie having a tough weekend in Monaco.

Vettel savours in Monaco 'very important day for all of us'