For the second race in succession, Carlos Sainz believes he was deprived in the closing stages of qualifying in Baku of an opportunity to secure a spot on the front row of Sunday's grid.

Sainz had set the fifth fastest lap on his first run in Q3, 0.358s behind his Ferrari teammate and poleman Charles Leclerc and was on course to improve his performance when he was caught out in the final minutes of Saturday's shootout by a crashing Yuki Tsunoda.

Sainz barreled down on the AlphaTauri driver planted in wall at Turn 15 and lost his focus, subsequently locking up, spinning down the corner's escape road and hitting the barriers, fortunately inflicting little damage to his SF21.

"I was improving my time when the Alpha Tauri crashed in front," he said. "I ended up touching the wall but the outcome could’ve been even worse." 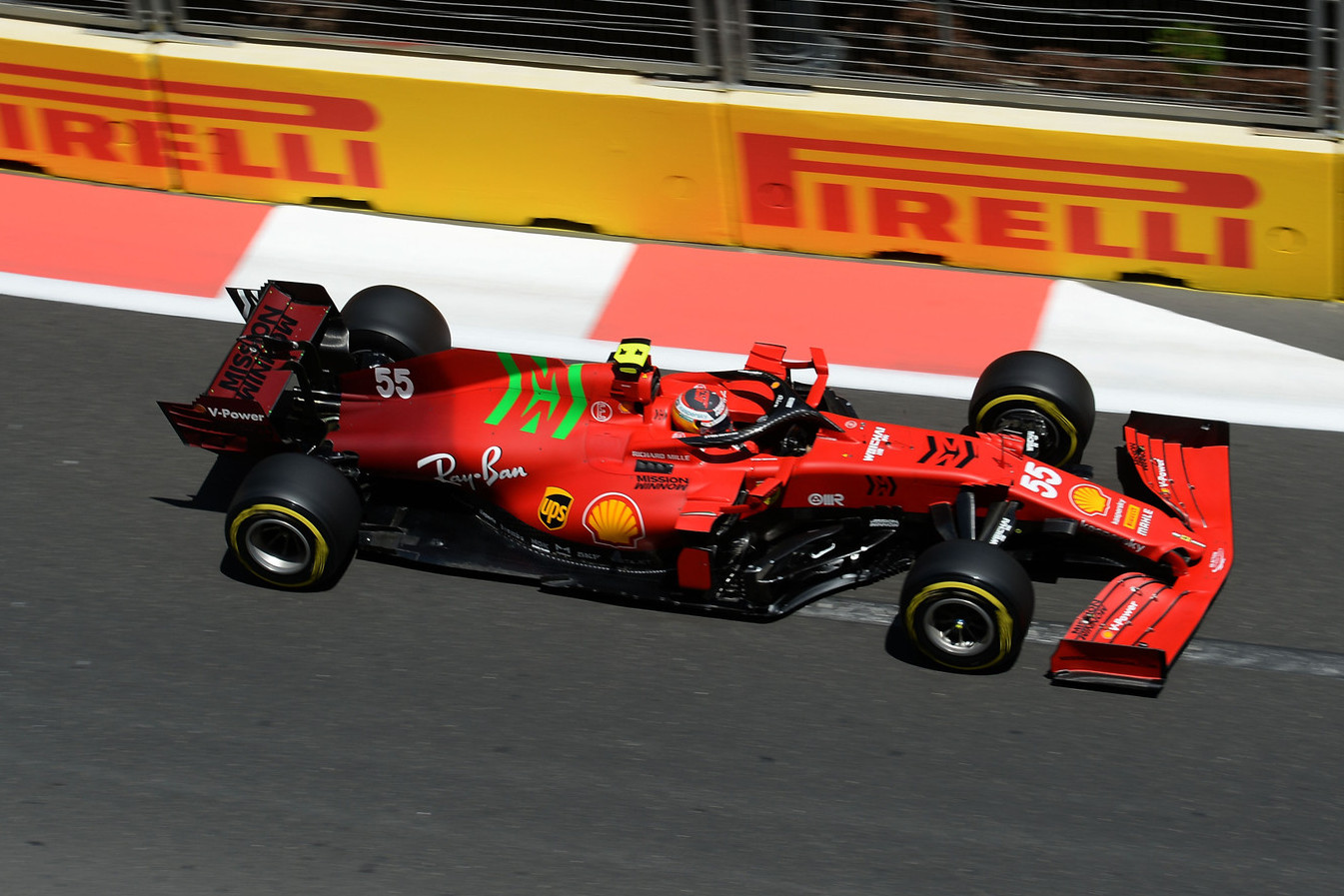 Sainz admitted to being too close to Tsunoda during his flyer but blamed his position relative to the Japanese driver on the congestion previously created by drivers "playing games" up ahead.

"Well, I started the lap too close to Yuki," he explained. "There was a massive traffic jam in the last three corners like we all expected.

"But the FIA tried not to allow this to happen, but there was someone upfront playing games and we were all in a massive jam."

Like in Monaco, where Leclerc's crash robbed him of a shot at pole, Sainz reckoned he was denied a chance to improve on his P5 starting position.

"I had doubts whether to try and do the corner and continue my lap or hit the brakes harder and avoid the crash. And in the end, by trying to do one or the other, I ended up crashing myself!

"A bit of a shame, because it shouldn’t have happened and it’s again another quali, another missed opportunity."

Gasly in 'strong position' for Baku race after 'incredible day'