Charles Leclerc will line up seventh on Sunday's French Grand Prix grid, but the Monegasque admitted to struggling in qualifying to get around a front tyre issue impacting Ferrari.

After securing pole position in the last two races, Leclerc dismissed a hat trick in France as F1 returned to a traditional track that was unlikely to favour Ferrari.

But in Saturday's qualifying shootout, the Scuderia charger was unable to match the performance of his teammate Carlos Sainz clocked in P5 at the end of Q3.

Both men complained at Paul Ricard of a lack of grip at the front end of their SF21 and a tendency to overcook the front tyres, but Sainz appeared to adapt to the issue better than Leclerc.

"I just couldn't drive around the limitation that we've had a little bit all weekend, struggling a little bit with the front," Leclerc explained.

"But to be honest, it's more coming from me than from the car. It's a limitation that Carlos and I had, and Carlos just did a better job driving around that issue, and I just struggled in qualifying to drive around it.

"It's more something that is coming from me that I will analyse after qualifying, and to understand what I could have done better with my driving to help a little bit the car today." 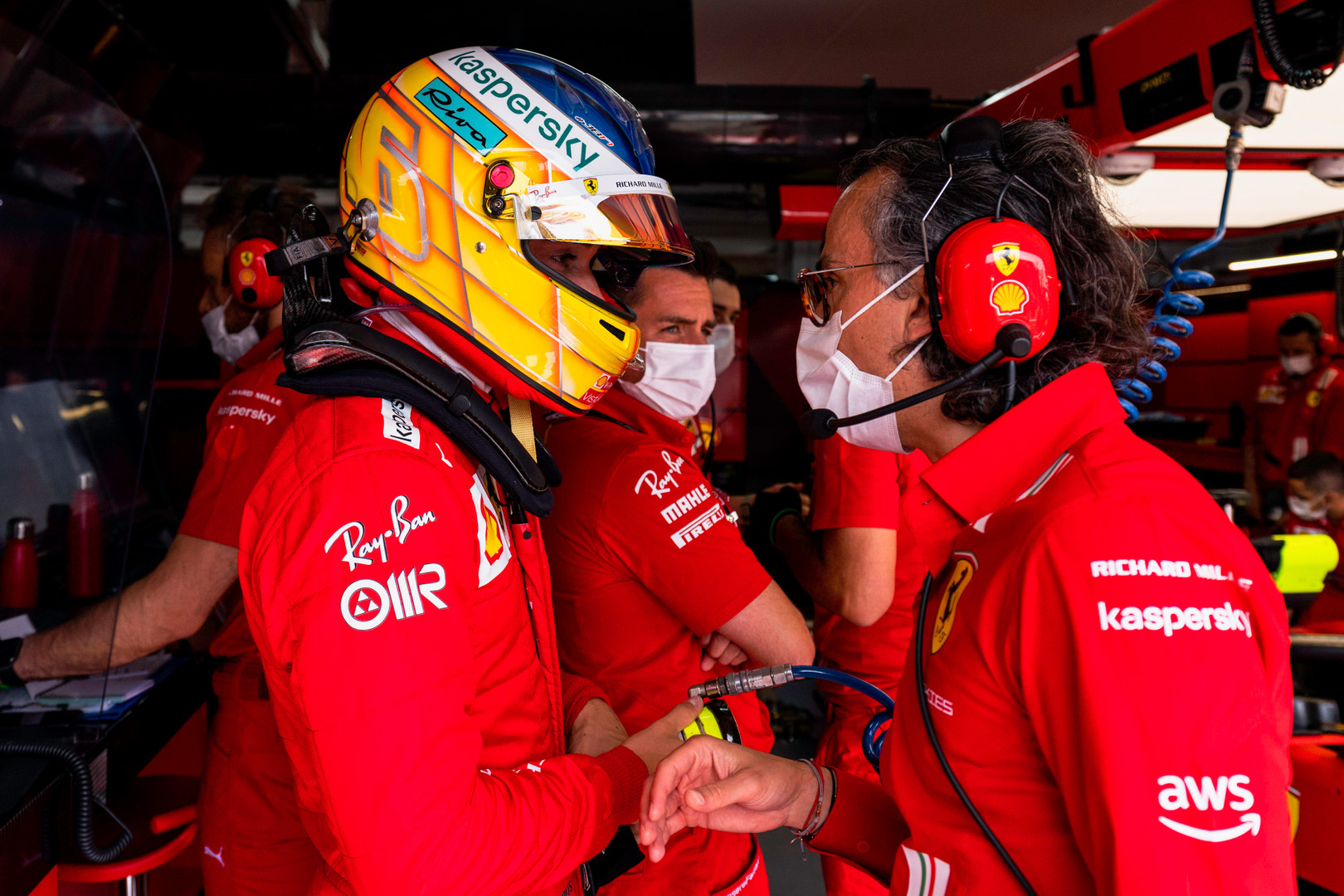 Despite his struggles, the two-time Grand Prix winner was nevertheless satisfied with his final run in qualifying.

"I was actually pretty happy with my last lap in Q3, because before that it was a disaster," he said. "I was very, very far off.

"With the front wing we took quite a big step, a lot more aggressive than what we normally do. I found a little bit of performance in that, in my driving too I was trying to change a few things, and it paid off."

"Tomorrow’s race will be long and difficult, with tyre behaviour playing a crucial role," he said.

"On this front, the top ten are all starting on the same compound so we will be fighting on equal terms.

"We know our race pace is not as good as we would like at the moment, but we will prepare well tonight and tomorrow and will continue to do so over the coming weeks, in order to give our drivers an ever more competitive package."