Sainz launched his race from fifth on the grid, hoping to at least uphold his position at the top of the midfield. The Spaniard did just that until his switch to the hard compound tyre on lap 16.

Alas, undercut by several rivals and struggling with degradation, Sainz was pushed down the order, ultimately concluding his race out of the points in 11th position.

"It's quite clear, quite evident that today we must have got something really wrong to be so far off the pace," commented a disappointing Sainz after the race.

"It's a limitation that has appeared in some of the races where we really struggled with the front tyres with graining, with degradation, two times as much as our competitors.

"Cars that yesterday we were half a second quicker, like the McLarens, or three tenths quicker. I don't remember - today, towards the end of the race, they were two seconds faster per lap.

"So it's clear that we have a limitation with tyres, with the way we operate the tyres. It is something that we will need to analyse, something we need to try and get better through the season."

Sainz reckoned that no alternative strategy from his team could have mitigated his tyre issues.

"The problem is when you have so much degradation like we had today, you have no margin with strategy," he added.

"You have no margin with defending, it's not like we are the quickest on the straights either.

"But today we were really, really far off the pace. We simply degraded the tyres two times as much as the others.

"This is just something that we need to understand. Because I think at the moment, this one definitely caught us by surprise." 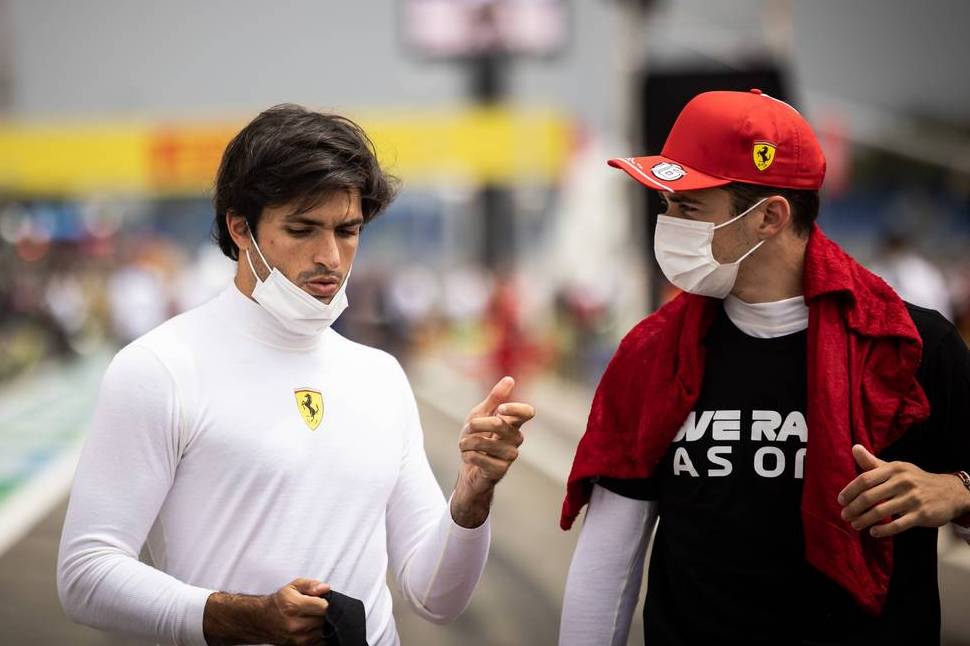 Leclerc's race panned out in a similar way to that of his teammate. The Monegasque held his P7 qualifying position during his first stint and managed to reclaim that spot after a switch to the hards, but performance fell off a cliff thereafter and left him a distant 16th and a lap down at the checkered flag.

"It's been one of the most difficult races of my time in Formula 1," Leclerc admitted.

"We had like five, six laps on the tyres where we were quite good, and we were competitive, and then even though we were trying to take care of the tyres, they were degrading so much.

"On my side, we tried a second stop towards the end. We knew that we will be out of points anyway, so we just went for another stop.

"But then obviously it was quite tricky, because we were with blue flags and things like that.

"We just really need to understand it and to work on that, because it’s a big weakness."