Martin Brundle disagreed with Nico Rosberg's claim that Lewis Hamilton's resistance against Max Verstappen in the closing stages of the French Grand Prix was too "soft".

Hamilton conceded the lead to the Dutchman just two laps from the checkered flag when the Red Bull driver passed his Mercedes rival at the chicane on the Mistral straight.

It was clear-cut move by Verstappen, but Rosberg suggested that Hamilton should have made life more difficult for his rival.

"Unusual from Lewis, close the damn door! No?" Rosberg told Sky Sports F1. "He usually looks like the best one-to-one racer and I'm surprised that he didn't at least try.

"Then brake late and try and keep on the outside, so a bit soft there from Lewis somehow." 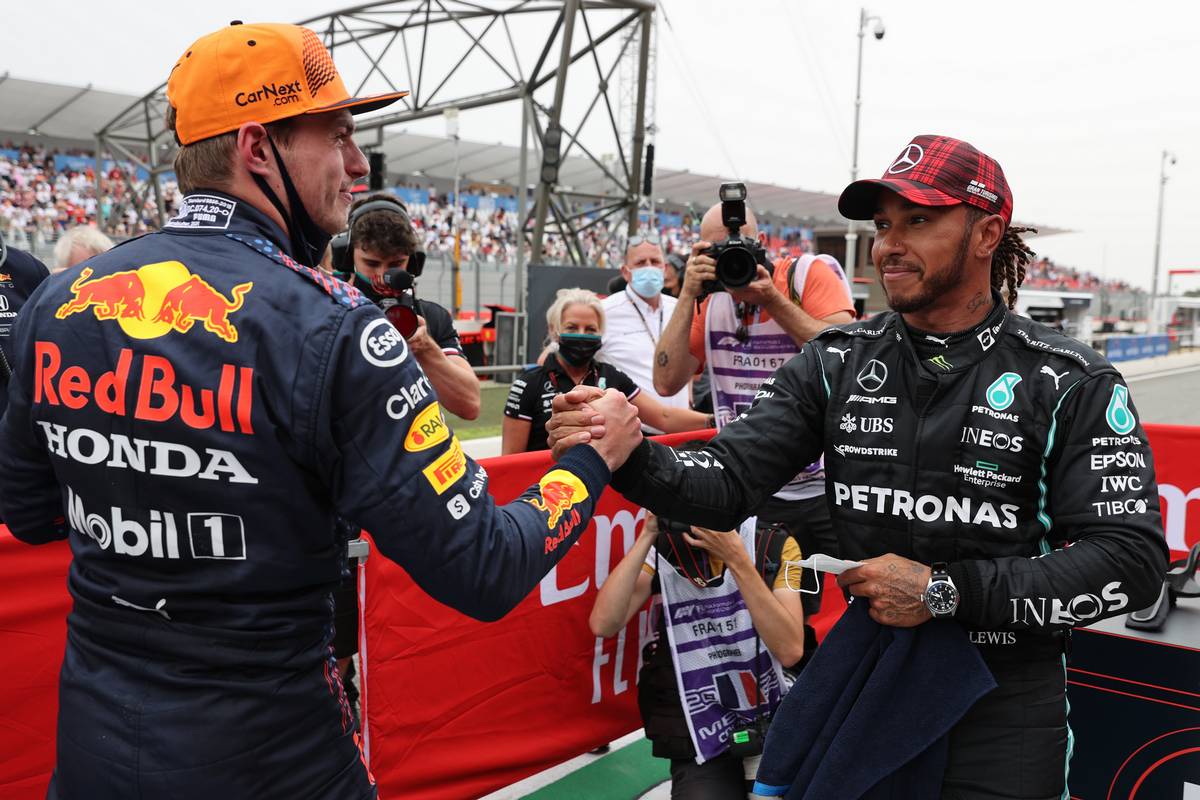 But Brundle contended that Hamilton would have been wrong to offer a fierce opposition as it would have put him at risk of clashing with Verstappen while delaying the inevitable.

"I don't agree that Hamilton was too soft when letting Verstappen by," Brundle commented in his post-race Sky F1 column.

"He was out of tyres and the pass was inevitable before the finish given the Red Bull's straight-line speed and DRS assistance.

"In the same way that Verstappen wasn't super aggressive when Hamilton passed him in Budapest and Barcelona before in similar circumstances.

"It's a bit like knocking your King over in a chess match, your loss is inevitable and you may as well bag the 18 points for second and lick your wounds ready for another day, rather than terminally flat spot a tyre or lose your front wing."

As the championship unfolds with its two main protagonists at the helm locked in a fierce battle, Brundle said he could not be happier about F1's current high profile rivalry.

"We've been waiting for this through seven hybrid F1 seasons and it appears to be well worth the wait," said the former F1 driver.

"This is about speed, consistency, guile, racecraft, calculated risks, and delivering all day every day. I'm really happy to be witnessing it."