Red Bull's Max Verstappen was in complete control of the Styrian Grand Prix as he led from lights to flag to score his fourth win of the season and extend his championship lead over Lewis Hamilton to 18 points.

Hamilton did manage to hold on to second place and also set the fastest lap, with Valtteri Bottas just holding on to the final podium position over Sergio Perez. The rest of the field - led by Lando Norris and Carlos Sainz - were all lapped by the race leaders.

A potential points finish for George Russell was cruelly thwarted by pneumatic pressure issues with the power unit that forced the Williams to retire on lap 37. Pierre Gasly also failed to finish after the AlphaTauri was involved in an early clash with Ferrari's Charles Leclerc. 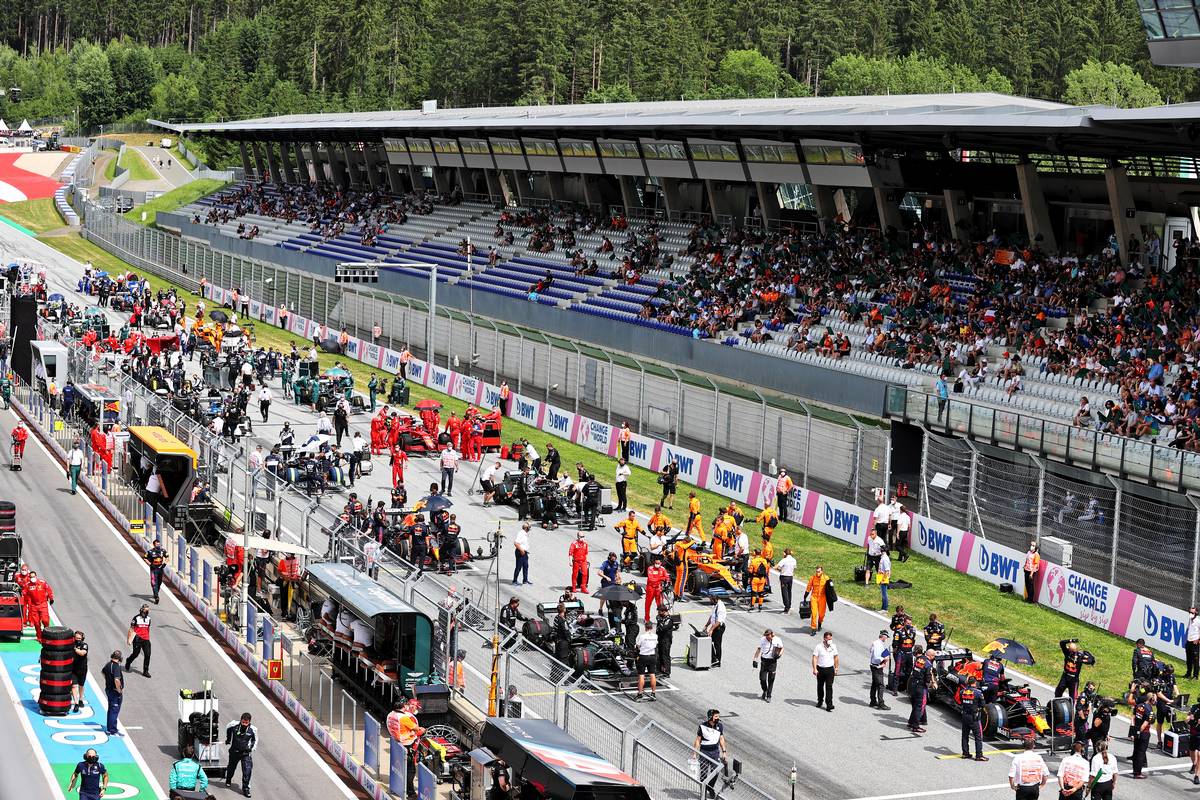 Despite advance forecasts of rain and even thunderstorms potentially in store for Sunday at Spielberg in Austria, and the official weather service still stating a 40 per cent chance of rain at some point, the weather was looking pleasingly benign with warm sunshine bathing the Red Bull Ring as Max Verstappen led Lewis Hamilton, Lando Norris and Sergio Perez to the grid for the start of the eighth round of the 2021 Formula 1 world championship. The front row - together with Valtteri Bottas out of place in fifth after his penalty - were all on medium tyres, while the second row and the rest of the top nine took their places on the faster but less durable soft compound.

When the lights went out, Verstappen was able to move across to thwart any hopes Hamilton might have had of passing the Red Bull on the inside into turn 1. Perez did pull off an initial pass on Norris, but the McLaren then counterattacked and took back the position at turn 4. But further back there was a terrible start for Pierre Gasly who tangled with Antonio Giovinazzi and Charles Leclerc. Both the AlphaTauri (with a wrecked left rear tyre) and the Ferrari (front wing damage) were forced to pit for repairs, as was Williams' Nicholas Latifi who had been caught up in the aftermath. Leclerc was soon able to get back out albeit toward the rear of the lead lap having taken the opportunity to switch to hard tyres to set the stage for a comeback drive, but Gasly's day was done. 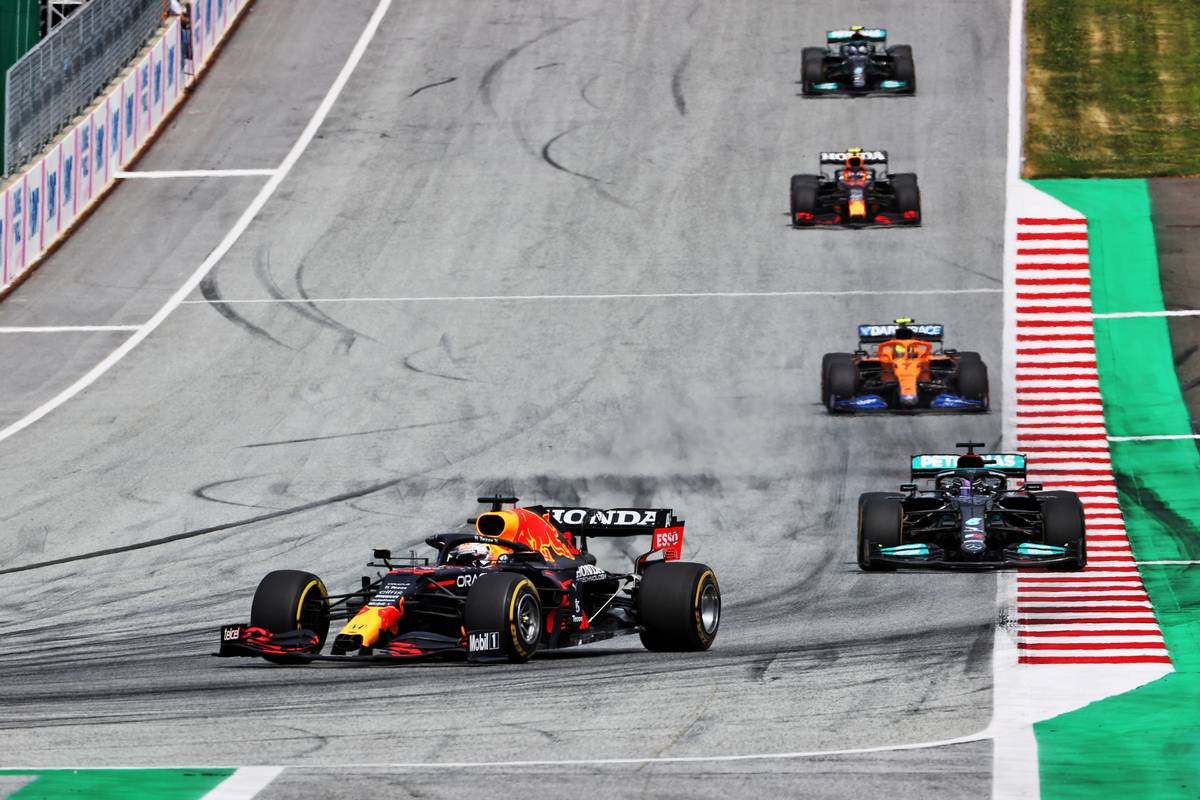 Six laps in and Verstappen had already pulled out a two and a half second lead over Hamilton, despite reports that the Mercedes had run over debris that had dropped off the Red Bull on the opening lap. Neither car seemed impaired by any damage and were easing away from Norris, Perez and Bottas, with the top five pulling away in turn from Lance Stroll and Fernando Alonso. Meanwhile George Russell - who had started from tenth place after Yuki Tsunoda's overnight grid penalty - was now running comfortably in eighth place and looking on course to pick up his first points for Williams.

Perez make a renewed attempt to pass Norris at lap 10, and this time he pulled it off with ease from a long way back into turn 3, with Bottas also then pouncing using DRS to pass the McLaren on the next lap. At the same time there was also troubling news from Norris' team mate Daniel Ricciardo, who had lost places putting him down in 13th after suffering a power drop-out that the team hoped was now resolved.

As the race hit lap 20, the leaders were complaining about loss of tyre performance, but Verstappen was still setting fastest laps as he extended his lead to four seconds to fend off any possibility of Mercedes pulling off an undercut during the pit stops. The pair were in a league of their own, with Perez 15 seconds further back despite having started on the nominally faster tyres, and being warned that Bottas was once again looming in his rear view mirrors. 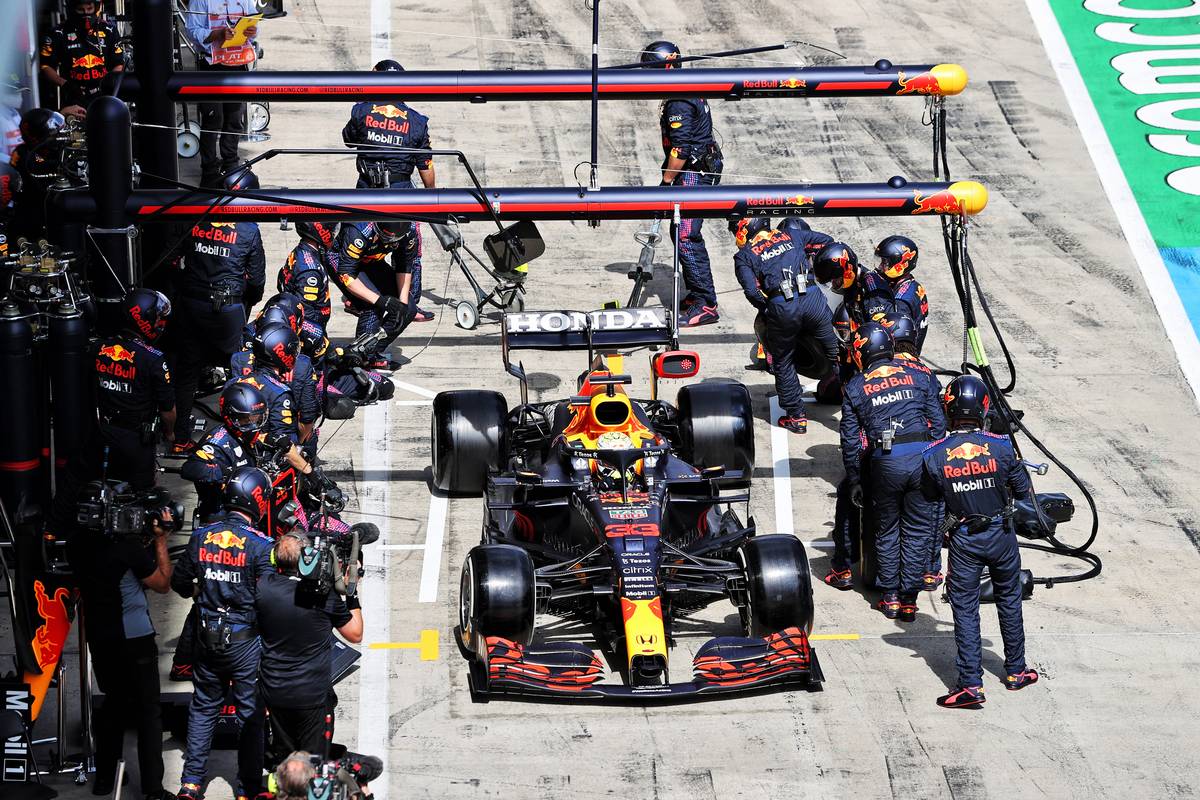 Lap 26 saw a scare for Hamilton who dropped a wheel into the gravel at turn 4. Although he escaped unscathed, it allowed Verstappen to extend his advantage to over five seconds. Moments later the pit stop cycle started with Russell coming in and suffering a nightmare long service as the team tackled power unit issues that would ultimately force the Williams to retire; next in was Perez who was also stationary for much longer than usual, opening the door for Bottas to jump him for third place when it was time for his own service.

Verstappen and Hamilton had trouble-free stops and resumed in the lead of the race, with Norris staying out until lap 32 before coming in for his new set of the hard compound. Despite struggling with the clutch, Norris was safely back out in effective fifth place ahead of the yet-to-stop trio of Sainz, Raikkonen and Ricciardo, who was up to eighth ahead of the recovering Leclerc with Esteban Ocon just in the points in advance of his own service.

Ricciardo was told to 'box to overtake Raikkonen' on lap 38 but Alfa Romeo acted first and brought in the Finn before the Aussie could respond. Leclerc was also in for a set of mediums, but his team mate Sainz stayed out until lap 43 when both he and Ricciardo finally came down pit lane at the same time. With everyone having now stopped at least once, Verstappen's lead over Hamilton was still over five seconds followed by Bottas, Perez, Norris, Stroll, Sainz, Alonso, Tsunoda and Vettel. Giovinazzi was just outside the top ten followed by Leclerc who had just made a risky move on Raikkonen that had inadvertently damaged the Alfa's front wing when he swept across prematurely; Leclerc was much smarter getting around Giovinazzi on lap 47. 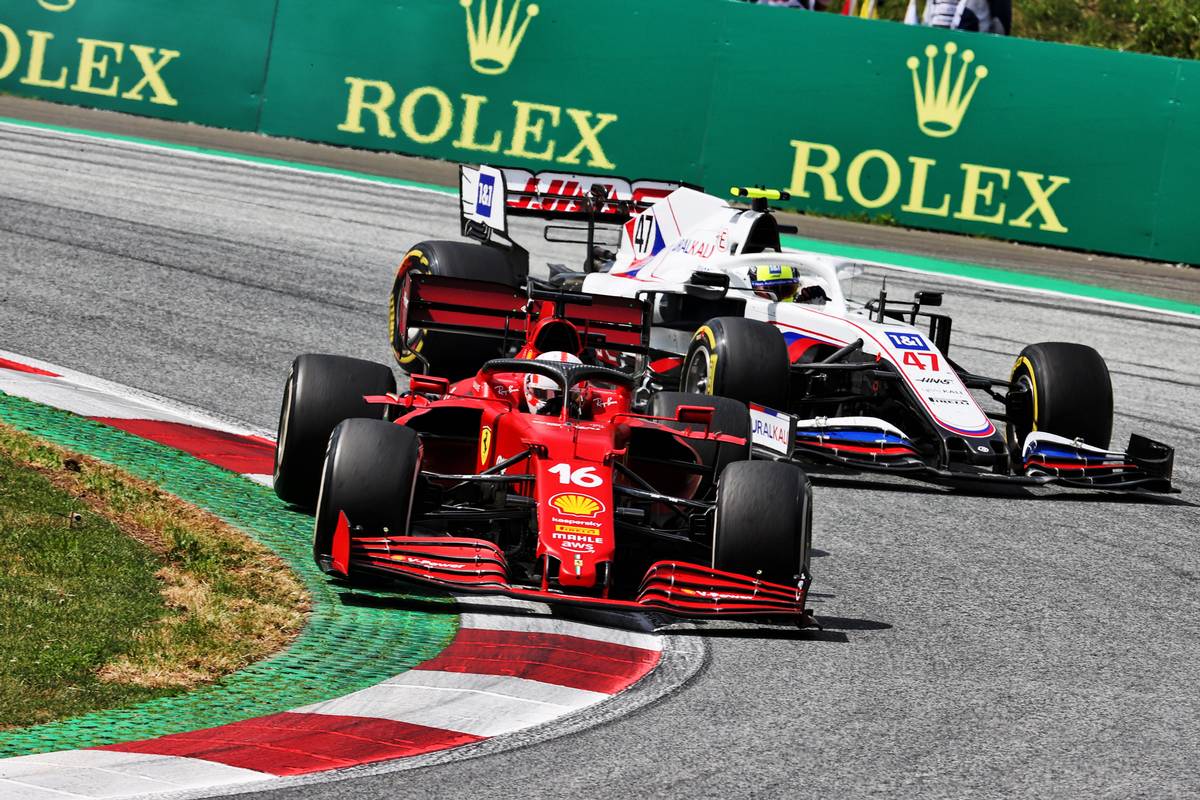 Although it was looking a done deal for Verstappen, the Dutch driver was struggling with the RB16B's brake pedal when on the kerbs. The team's remedy was simple: stay off the kerbs, which was eminently possible given his lead on the track. Hamilton meanwhile was complaining about a small blister on this tyres while Bottas had noted that he had 'cooked' his own. As if in response Red Bull covered off the risk of new pit stops from Mercedes by calling in Perez for a second stop on lap 56 in the hope of using the fresh medium tyres to make up lost ground and hunt down the cars ahead, in just the way that Leclerc was now managing to do further back. The Ferrari dispatched Vettel, Tsunoda and Alonso in quick succession as he climbed back to eighth and the Monegasque was soon bearing down on Stroll, the successful move duly coming on lap 61.

With nothing to distract them on track, the attention of Verstappen and Hamilton turned skywards with both drivers commenting how dark and overcast it was looking at turn 4. However the teams were unconcerned, their weather radar ruling out any chance of significant precipitation in the time remaining. Sure enough, Verstappen duly crossed the finish line and his win was proclaimed 'just perfect' by his race engineer on the Red Bull pit wall, while further back, Perez' charge just fell short of catching Bottas which allowed the Mercedes to narrowly hold on to the final podium place.

With two laps to go, Hamilton had made a late stop in pursuit of the bonus point for fastest lap, returning to the track with room to spare over Bottas and Perez. Best of the rest was Norris in fifth place followed by Ferrari duo Sainz and Leclerc, with Stroll, Alonso and Tsunoda claiming the final points-paying position. Just missing out were former world champions Raikkonen and Vettel, with Ricciardo down in 13th followed by Ocon, Giovinazzi, Mick Schumacher, Nicholas Latifi and Nikita Mazepin, with Russell and Gasly the only retirements.