Nikita Mazepin hinted at getting the short end of the stick at Haas, claiming to be racing a car that weighs in heavier than teammate Mick Schumacher's VF-21.

Mazepin predictably qualified last for the Styrian Grand Prix, just behind Schumacher, but the Russian was able to overhaul the German on the opening lap and remain ahead of the latter for the better part of 20 laps until his tyre change.

But Schumacher's longer stint on the medium compound proved the better strategy in the end as it allowed him to finish P16, one lap and two spots ahead of his teammate.

When all was said and done, Mazepin explained why fending off Schumacher was always going to be a challenge. 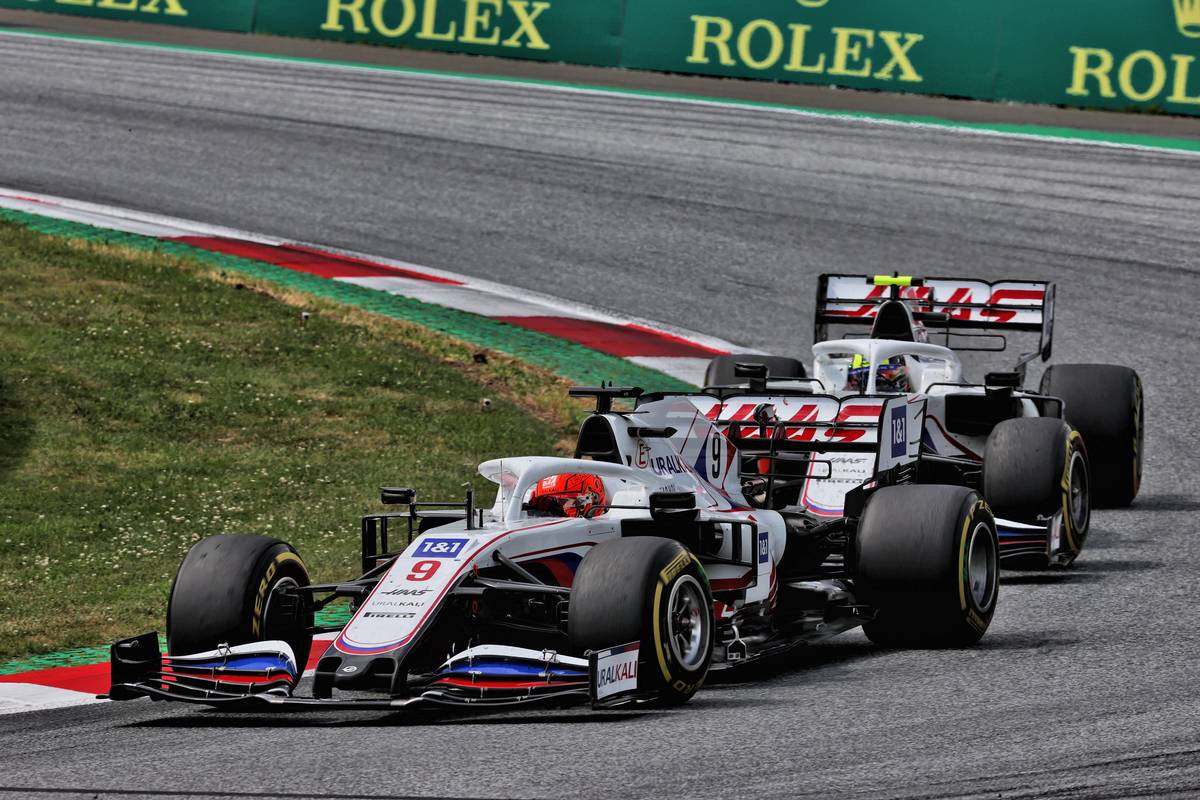 "I think I did a very good opening lap, I was happy with the positioning, I prepared that very well to know where potentially there could be a bunch of cars, and how to get past them," he said.

"But when you have a lot of laps, and long straights, and you have a very heavy car compared to the other car in our team it’s very difficult to stay ahead, so I’m not happy.

"But I’m just waiting for a new one to really have a chance because at the moment I’m just a sitting duck.

"I felt like a carrot that was about to be caught by a rabbit! And unfortunately I was caught, and then eventually I was also caught by the lapped cars and ***** hell when you get through to being lapped you lose your tyre temperatures, you go onto the dirt and it really is very painful.

"I was thinking when I was driving in the car that if there’s one thing I can ask for Christmas it’s just to finish on the same lap as others because that’s just not a clean race at all. Once you get caught by that train of cars it’s just a never-ending spiral which is very painful for a driver, so just one of those days."

Save for Monaco where Schumacher suffered a fuel pressure issue, Mazepin has been consistently outpaced by Schumacher so far this season.

Regarding the Russian's "very heavy car" comment, it's unclear why there would be a weight discrepancy between Schumacher and Mazepin's cars. Asked when he expected Haas to bring his car in line with his teammate's VF-21, the Russian said he wasn't expected any changes in the short term.

"Unfortunately not," he said. "Maybe in the next six to seven races, but that’s not very soon."

Brundle: Less drag and deg 'a potent combination' for Verstappen