Toto Wolff says Mercedes will have another big challenge on its hands when it returns to the Red Bull Ring this week, but the Austrian nevertheless hopes the team's W12 will be in "a happier place".

Mercedes conceded in Styria its fourth consecutive defeat to Red Bull Racing, and the Brackley squad now lags its rival by 40 points in the Constructors' standings while Lewis Hamilton is 18 points adrift from Max Verstappen in the Drivers' championship.

Save for teams running a softer selection of Pirelli tyres, and perhaps the risk of rain setting in, running conditions should be nearly identical to last weekend, which suggests another strong performance from Red Bull.

But Wolff believes that racing on consecutive weekends at the same venue also brings opportunity. 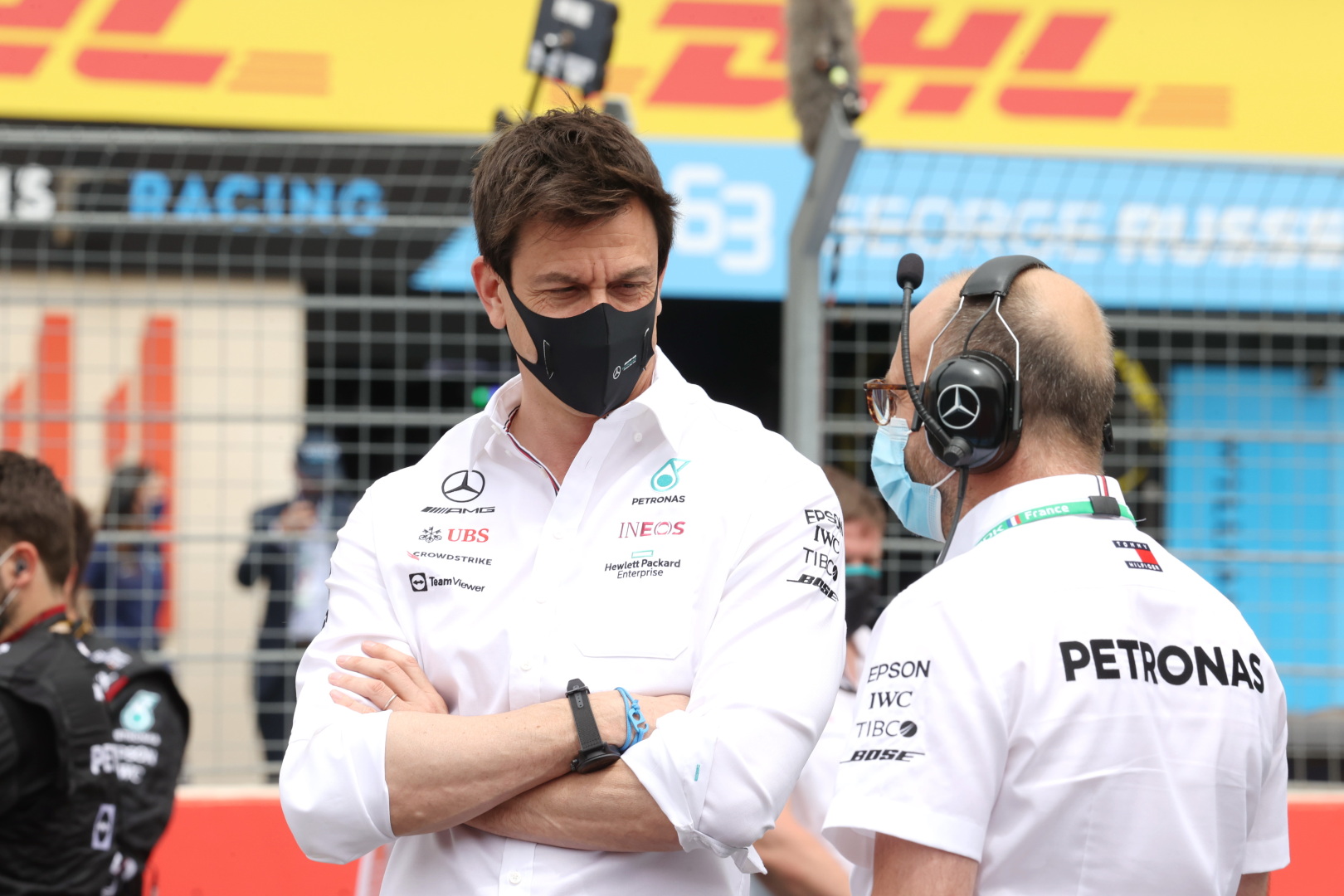 "Last weekend, we maximised the opportunities available to us and despite not having the quickest car, took a solid double podium and a good haul of points," said Wolff in Mercedes Austrian Grand Prix preview.

"Every time we hit the track; we race to win. But, while we missed out on the top step of the podium last time out, there was still plenty to be encouraged by.

"Our drivers performed well, our pit stops were excellent, and our strategy calls were strong.

"We head back to the Styrian mountains this weekend with another big challenge on our hands but running on the same circuit on consecutive weekends brings opportunity too."

Wolff suggests that the German outfit has taken stock of its relative shortfall from last weekend and will roll out a better car in FP1. But regardless of how events will unfold, the Mercedes boss insists "it's still all to play for" in the championship.

"We had an experimental Friday with the car set-up last weekend, and we hope to arrive to FP1 this weekend with the car in a happier place, ready to build from there," he said.

"The tyre compounds are also a step softer this weekend, so that will bring a new challenge for all the teams and fresh possibilities in terms of strategy.

"This championship is a heavyweight contest over 23 rounds, and we're just over a third of the way through. There are many opportunities to come and it's still all to play for, so we're excited for round nine."