Mercedes principal Toto Wolff has been talking about the team's initial analysis of the bodywork damage that cost Lewis Hamilton a likely second place in Sunday's Austrian Grand Prix.

After starting the race from fourth place on the grid, Hamilton had battled his way up to second by lap 20 behind Red Bull's Max Verstappen.

But midway through the race Hamilton sustained damage to the aerodynamic floor of his car and struggled to maintain pace. The team was ultimately forced to switch him round with his team mate Valtteri Bottas.

Bottas finished second, but an extra pit stop for fresh tyres dropped Hamilton back to fourth and failed to yield the hoped-for bonus point for setting the fastest lap.

Wolff insisted that the team had been left with little option but to make the decisions it had in the circumstances.

“I think it was around lap 30 out of turn ten, where there’s a pretty aggressive kerb," Wolff told Sky Sports F1 when asked where the damage had been picked up.

"I don't think he was running particularly hard over the kerb, it was just a piece that fell away so we need to understand what happened," he continued.

"We didn’t see that it was a driving mistake, it was pretty much the load that that occurred.

"We need to analyse why that was," he acknowledged. “We have calculated that we lost about 30 points [of downforce], but that is a number that is not checked yet.

"There was quite a loss in performance, and that meant he was pushing the tyres in a direction that they wouldn’t have made it to the end probably."

"He lost a lot of downforce with some bodywork damage before the stop," confirmed the team's chief race engineer Andrew Shovlin. 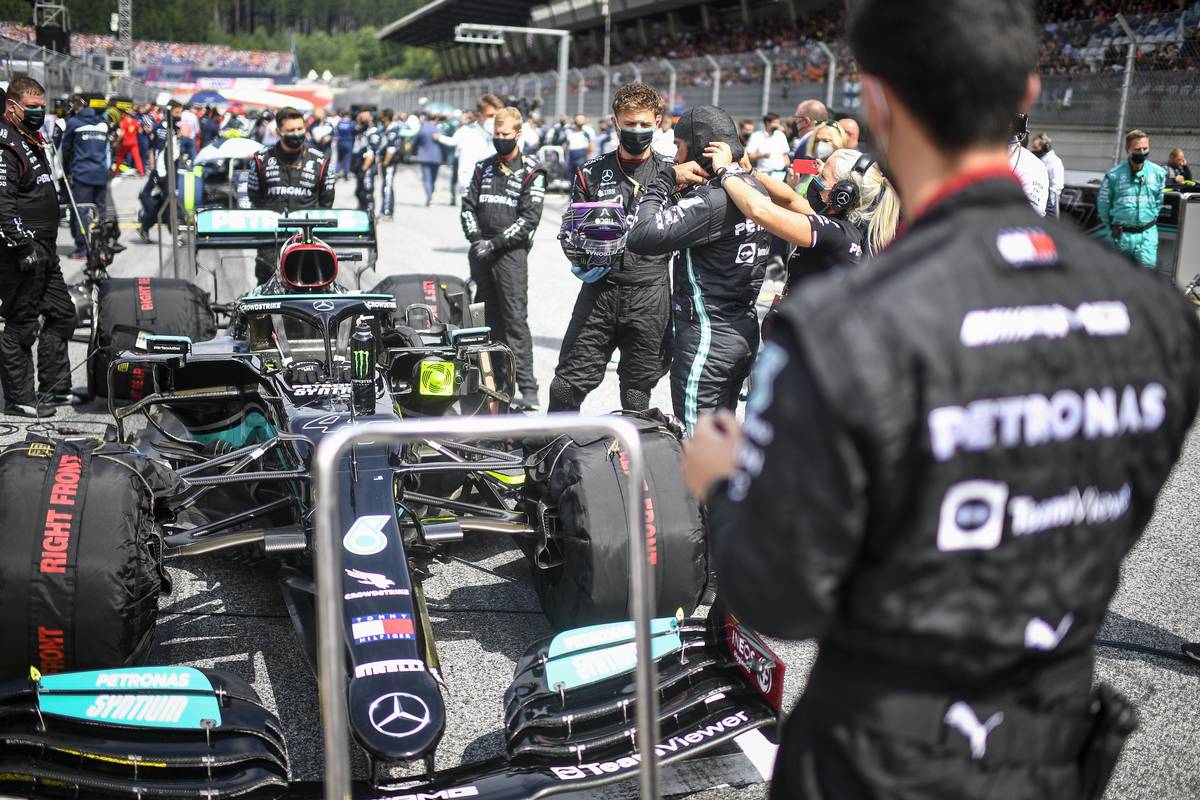 "Lewis took a lot out of his tyres trying to pass in the first stint but once he'd got through on lap 20, Max was too far up the road for us to mount a challenge.

"It looks like the bodywork damage for Lewis was at the end of lap 29 just before we came in. The downforce loss was around six or seven tenths but as it was all from the rear, the balance become difficult and we were damaging the rears with sliding."

Hamilton himself reported that the car "just lost a lot of downforce at the rear" and that it felt as if "I’d gone down a couple of steps on the rear wing”.

Initially the team had hoped it would be possible for Hamilton and Bottas to hold position until the finish, but the performance deficit made that impossible with McLaren's Lando Norris quickly gaining ground on them both.

“We wanted to evaluate what his performance really was after the damage and whether it was possible that Valtteri could have protected against Lando," Wolff said. "But that wasn’t possible.

"It was also fair to towards Valtteri to do his own race," he added. "This is when we decided to switch, obviously understanding that we would lose P3 to McLaren."

“The result looks, I think, worse in terms of pace than we were,” Wolff suggested. "Overall, I think damage limitation maybe.

“We were stuck behind the McLaren and I think in pace we probably could have been there. Maybe not enough to win the race but right there, which is a step forward." 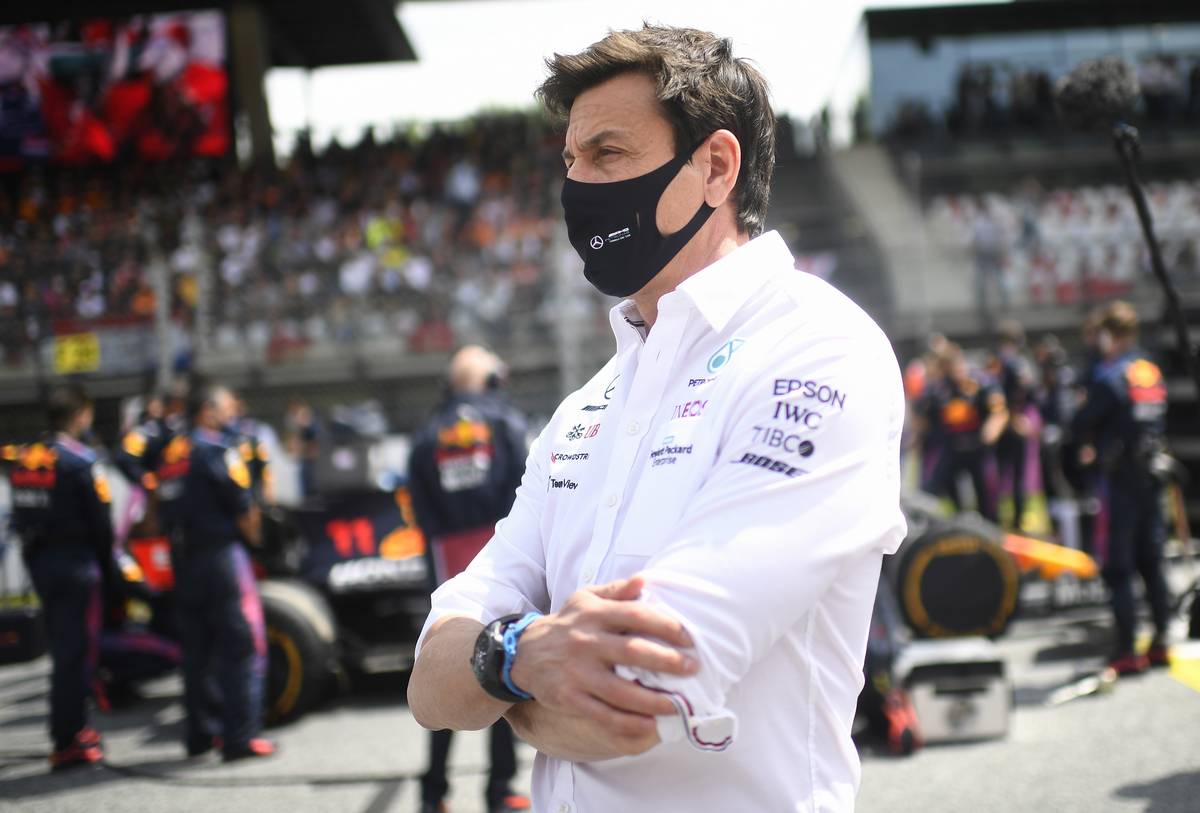 And he promised that the squad would be pulling out all the stops to come back strong at the next race in two weeks time, the British Grand Prix at Silverstone.

"I think we will go to Silverstone and blow everybody away, finish one and two, 30 seconds in advance of everybody else!

“Here is quite a short lap, so two-and-a-half tenths makes a lot of difference,” he explained. “Silverstone is maybe a bit different. It’s a little step and every little step counts, so we need to make that work.

“We could see that the improvement from last week to here in terms of race pace was actually understanding the car a little bit more. There are more clues we have unearthed and I think we will progress and eventually be in the race again."

And he insisted that the battle for both the driver and constructor titles had a long way yet to run and that Mercedes were definitely not giving up the fight.

“Of course, losing every point is a blow,” he admitted. “Lewis lost six points compared to finishing second and adding that all up is making the momentum go in the wrong direction.

"But we are one DNF away from being right there in the constructors and the drivers championships, so this is far from over," he said. "We need to recognise this is a tough championship.

"You can’t expect every single year to cruise away into the sunset. We will do everything needed to make Red Bull not do exactly that," he said. "We need to up our game, make less mistakes and continue to understand the car better."

Russell not 'disheartened' by losing P10 to 'flying' Alonso