Lando Norris says he appreciated the "cool" praise he indirectly received from Lewis Hamilton in the Austrian Grand Prix.

The seven-time world champion spent the better part of 15 laps behind the McLaren driver in the first part of last Sunday's race. And when he finally overtook Norris, Hamilton radioed in to tell his team that the Briton was "such a great driver".

While damage sustained in the race relegated Hamilton to fourth at the end of the day, Norris finished third, hot on the heels of Mercedes' Valtteri Bottas.

"It’s cool," Norris told Sky F1, referring to Hamilton's accolade. "To have that kind of respect and for him to say it, you know, it does mean a lot.

"I don’t know if he could say that because he admitted he wasn’t going to race us or had a problem or whatever.

"Maybe if we were racing fair and square maybe he wouldn’t have said it, I don’t know. But it’s kind words so I appreciate it." 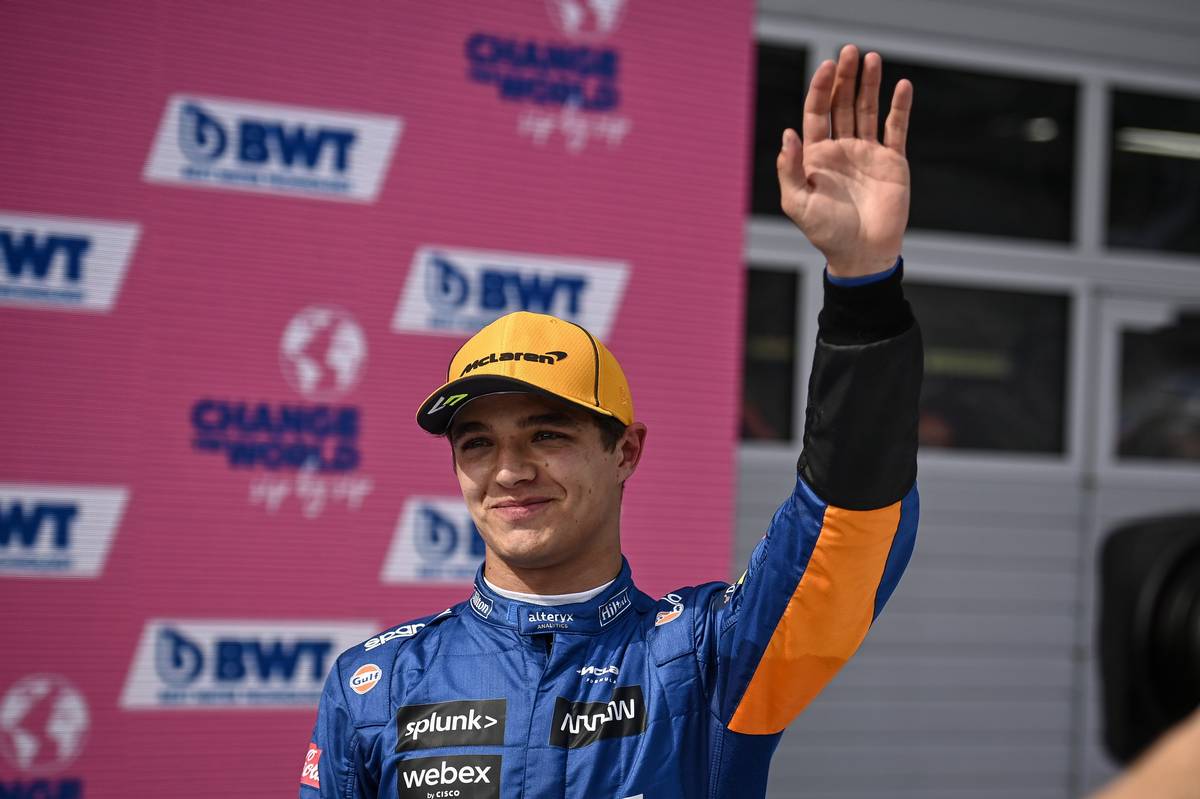 Norris admitted that he had been surprised to find himself dicing with the Black Arrows, and fighting the big guns thanks to his talent but also thanks to the good pace of his McLaren MCL35M.

"It’s not like they’re not raceable," he said. "You kind of get there and when you have the car to perform and do well, you realise you have a chance against them.

"It’s hard to ever say that until you’re actually racing against them and your car’s there and you’re going head-to-head. Normally, they’re way too far ahead of me so…
"It was cool, it’s a good feeling to race against not just Lewis but Valtteri as well and Max and Sergio, to be in that pack and say we’re fighting for a podium because our pace is just that good, was a really good feeling."

However, Norris fears that the showcase performance in Austria will have raised expectations for McLaren F1's upcoming races.

"The annoying thing is so many people are going to expect this every weekend now," said the 21-year-old.

"Which umm… We weren’t expecting to be this quick today, but the weather, the conditions, some improvements with the car from last weekend - the fact that I was P2 in qualy and half a tenth off the Red Bull, ahead of both Mercedes - showed that we made that step from the previous weekend.

"And I think more of that showed in the race with how much more competitive we were but, on the other hand, I’m not going to get too giddy because I know we’re going to go to Silverstone and it’s probably going to be a little bit more back to normality.

"I wish I was trying to do this to make myself look good but it’s not. We’ve always been strong in Austria, you know? Every year since my first time coming here in F1. But also Silverstone was not so good for us last season.

"It’s not like I want to be negative, I’m just realistic, and I feel like a lot of people are going to expect this every weekend from now on and complain: ‘why are we not quick?’.

"It’s more like: ‘Why are we fast now?’ and then expect normal things the next time."

Homesick Ricciardo says return to Aussie GP will be 'even sweeter'