George Russell has emphatically ruled out any chance of moving to Red Bull next season should his anticipated promotion to the Mercedes team fall through.

“It is impossible for me to drive for Red Bull next year,” he told German broadcaster RTL this week when asked if he would ever consider replacing Sergio Perez as Max Verstappen's team mate.

“As I’ve said before, I’m a Mercedes driver, so while it is nice to get positive feedback from the Formula 1 scene and hear about the interest of other teams, my only loyalty is to Mercedes.

“I will definitely drive a car with a Mercedes engine next year, that’s for sure," Russell added. "Mercedes is my car, my brand. What colour the car will be? I don’t know yet.”

The 23-year-old driver from King's Lynn has long been a Mercedes protege. Currently racing with the Mercedes-powered Williams team, he stood in for Lewis Hamilton last year when the world champion succumbed to coronavirus.

Russell's stock within the sport has been on the rise this season with stand-out performances in qualifying, but he's yet to translate these into race successes and is yet to score any points for the team.

He's long been seen as the top choice for Mercedes to replace Valtteri Bottas if the Finn leaves the team at the end of the current season, although nothing has been confirmed so far.

“The earliest possible time would be at Spa," Russell suggested. "It certainly won’t be earlier, this kind of thing takes time.”

“I am 100 per cent ready to drive the fastest car and take the next step with it,” he added. “With every race I feel better prepared, and at the moment I can say I’m ready."

Russell won the GP3 championship in 2017 and clinched the Formula 2 title the following season, but the uncompetitive Williams car means he's been stuck among the backmarkers since his F1 debut in 2019.

“I’ve missed the excitement and pressure of being up front and attacking, that’s what I live for," he admitted. "I’m ready to race against the best.” 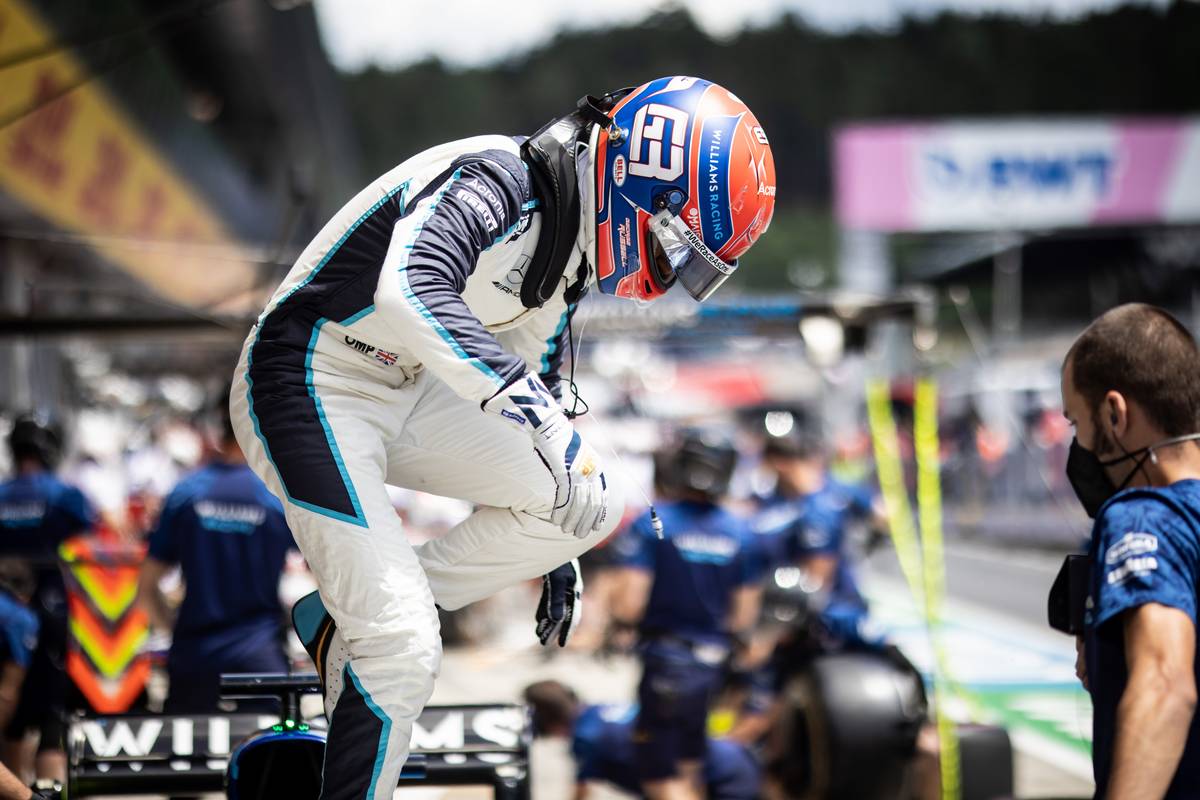 That includes the possibility of going toe-to-toe with Hamilton as his team mate, insisting that "if you want to be the best, you have to beat the best."

“I want to fight the best, and that is Lewis," he said. "Every driver can learn so much from him, with all his experience and also the respect he has for other people. He is a great person and a fantastic driver.”

Wolff told German sports website Motorsport-Total.com that Hamilton was now involved in the discussions about his 2022 team mate.

“It is clear that we have discussions with Lewis about different scenarios," he said. “One of them is who the other driver is. However Lewis has never tried to influence the decision.

"He has a good relationship with Valtteri, but he has never said that he prefers this or that.”

If Russell were to move to Mercedes next year it might be as part of a straight swap between himself and Bottas.

Other candidates for the Williams seat include former F1 drivers Daniil Kvyat and Nico Hulkenberg as well as Mercedes' Formula E driver Nyck de Vries, who scored a double podium in last weekend's London E-Prix double-header putting him at the top of the driver standings.

Honda to assess Verstappen engine in FP1 in Hungary