Lewis Hamilton has strongly denied that he and Mercedes resorted to 'gamesmanship' to clinch pole position in today's qualifying session for the Hungarian Grand Prix in Budapest.

With Hamilton already on provisional pole, he and team mate Valtteri Bottas appeared to hold up the Red Bull drivers heading into the final flying laps at the end of Q3.

As a result, Max Verstappen wasn't quite able to find the improvement he needed to get onto the front row of the grid for Sunday's race, while Sergio Perez missed out on starting his push lap altogether.

Talking to Sky Sports F1, Red Bull principal Christian Horner described the events as "a bit of gamesmanship" but admitted that Hamilton had been perfectly "right to do".

For his part, Hamilton insisted that there had been no such games being played. "I wasn't playing any tactics," he said in the post-qualifying press conference.

"Everyone was doing a slow out-lap. It was no different, really, to any other lap," he continued. "Each time we're going out we're trying to prepare the tyres and keep them cooler because they get so hot throughout the lap.

"Everyone was going slow. Did you not watch everybody else? I don't understand. Do you think I could've gone quicker and then been just closer to Valtteri?

"Those that are making the comments really don't clearly know anything about the job that we're doing here, which is probably why they're not driving here."

The last comment was in response to a tweet from former F1 driver Romain Grosjean, who had posted that "If that was made on purpose, it's not pretty."

Hamilton was also questioned about whether he had been unusually slow exiting pit lane. 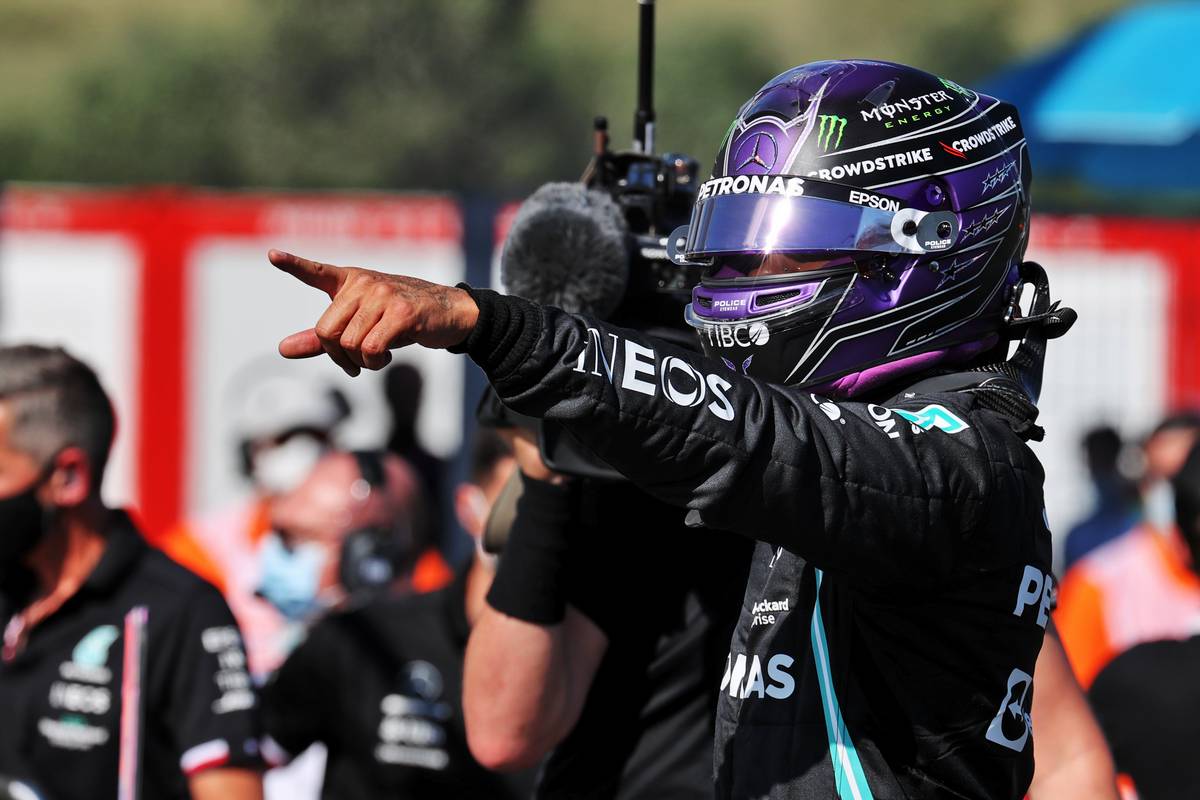 "I knew that ahead of those guys ahead of Valtteri and whoever was ahead of him would all bunch up towards the end of the lap," he explained. "So I tried to make as big a gap as possible.

"Even still with that at the end of the lap we still had to pull back off and wait for everyone to get going," he added. "So [I was] just trying to make sure that I had the best gap ahead of me.

"Ultimately I think none of us probably had the best tyre prep for that lap because everyone was going slow," he admitted, with his own final lap ending up over two seconds off his earlier time.

"Right towards the end, just probably lost too much temperature in the tyres in the fronts," he said of the warm-up for his final Q3 run.

"So yeah, the start of the lap just wasn't great and it didn't really seem to get any better later on through the lap."

Verstappen himself said that it had made no difference to the outcome of today's qualifying session.

“Of course the tyres were a bit cold but I wouldn’t have gained four tenths if the tyres would have been a bit warmer," he said.

"I think everybody tried to have the biggest possible gaps," he told Channel 4 F1. "We saw the average was somewhere between seven and eight seconds through all the qualifying sessions. But the camera was pointed on there, so maybe we didn’t see everybody else doing it.

“I’m happy [with pole] because we expected Hungary to be more tricky for us," he continued. "Especially in those conditions. Locking out the front row gives a certain advantage for tomorrow.

"I think it’s going to be an exciting start," he added. "It will be an exciting turn one and for sure from the strategy, we will see some interesting manoeuvres.

“Maybe Gasly leads after turn one and all four [Mercedes and Red Bull] cars are out," he quipped. "I’m just joking! I hope not."

Norris 'could have done a little bit better' in qualifying