McLaren racing director Andrea Stella says that Daniel Ricciardo's current struggle to fully get to grips with the MCL35M is like a world-class musician having to learn to play an instrument to the very highest standard.

Since joining the team over the winter from Renault, Ricciardo had found it hard to reliably match his new team mate Lando Norris in the car, and Stella explained that this showed how the car was very different to what the Australian had been used to driving in the past.

“Our car requires some special adjustments in the driving style,” Stella told Auto Motor und Sport this week. “And it’s the complete opposite of what Daniel was used to before at Renault

“I like to compare it to a musician," he continued. "You can explain to a guitar player exactly how to play his instrument, but it takes a long time before he can give his first concert.

"The progress can only be seen very slowly after many hours of practice," he added. “Unfortunately in today’s Formula 1 you can’t practice very well.

"The winter tests have been reduced to a minimum. Even Friday practice is now an hour shorter, and you have to prepare for the race. You can’t do systematic exercises there for a driver to adapt better to the car.

“We have tried to adapt the car to suit Daniel’s natural driving style, but the engineers’ main goal is really just to improve aerodynamic efficiency."

When asked to talk about the aspects of Ricciardo's driving style that were holding him back, Stella replied: "Daniel prefers to roll into the corner quickly and not be as aggressive on the brakes as our car requires.

“Our car is good in fast corners. For that it is not so strong to take the momentum at the apex of slower corners," he pointed out.

“Every car produces a special flow pattern that becomes more and more established over the years," he elaborated. “Unfortunately we cannot fine-tune the aerodynamics in such a way that the character changes. 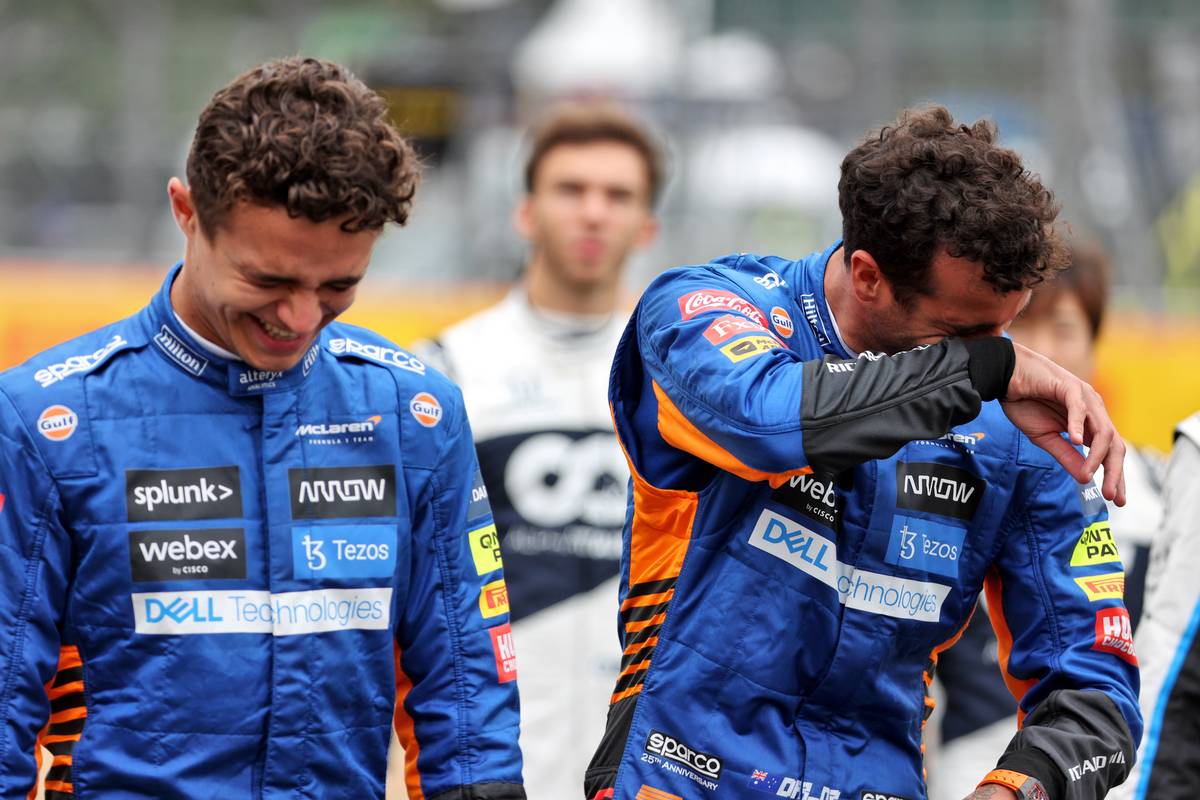 "Therefore the responsibility now falls on the driver to adapt. We provide him with a tool that is fast, but has to be used in a certain way.

“The characteristics have their origin in developments we did a long time ago," he said. "It will probably also be found in future models, even if the regulations change completely."

He added that car development usually favoured either aerodynamics or braking.

"Only the strongest cars can do both disciplines. What’s special about the McLaren is that it clearly belongs to the first category."

However Stella said that Ricciardo's unfailingly positive attitude was still his biggest asset.

"His motivation is very high and he always enjoys his work, even though it's clear what a long road it is.

“That’s not always the normal case when a driver can’t find that last tenth. That’s why I continue to be optimistic about his future."

Ricciardo's best race of the season to date was the British Grand Prix at Silverstone when he finished in fifth place.

He's currently in ninth place in the drivers standings with Norris in third, with the pair combined putting them equal on points with ferrari in the constructors championship.

Frustrated Tost gives AlphaTauri half marks for 2021 so far