Alexander Albon has been in Indianapolis this weekend, sparking speculation that the former Red Bull Racing driver is looking to jump start his racing career in the NTT IndyCar Series next year.

Albon took part in 38 Formula 1 Grand Prix races beginning with his debut in Australia in 2019 with Toro Rosso before making a mid-season transfer to the senior team in time for the Belgium GP in August later in the same year.

But inconsistent performances led to the 25-year-old London-born Thai driver being dropped from the line-up for 2021 in favour of Sergio Perez. While he continues to serve as the team's official test and reserve driver, he's keen to get back to racing - even if it means looking outside F1.

“I want to see what’s out there,” Albon told the official IndyCar.com website this weekend.

“My main goal is to be in F1, but there’s never a 100 per cent certainty on that, so you got to have plan B and C to see what else is out there."

"I’ve always had that interest within IndyCar. You see it on the rise now, especially with the viewership and everything going up.”

ALbon has also been linked to a possible seat in the all-electric ABB FIA Formula E world championship.

But if he were to make the jump to IndyCar instead, Albon would be following in the footsteps of former Haas F1 driver Romain Grosjean who is now competing in the US open wheel series for Dale Coyne Racing.

While in Indianapolis this weekend, Albon talked with team owners Dale Coyne and Rick Ware and even tried out the cockpit of the team's #52 car for size, giving him the opportunity to see for himself the aeroscreen cockpit detection device used by IndyCar in preference to F1's halo.

But it was a chance to see how refreshed and rejuvenated Grosjean looked in his new environment that was a key factor for Albon.

“Seeing Romain, as well, seeing what he’s doing, it’s been really interesting to see,” he said. “I just wanted to see what he thinks about it. Is he happy? Of course he’s happy! He’s always got a smile on his face.

"He looks very comfortable here," he added, while admitted that it was still early days in his own plans for 2022. 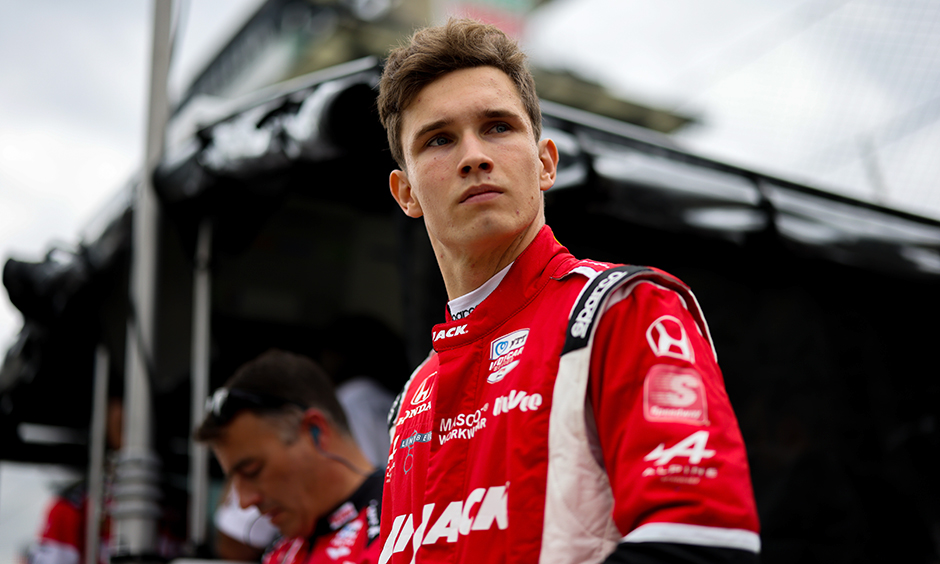 "It’s more just hard to say if it’s something I would want to be doing. I’m seeing a few teams out there right now. I want to chat with them and see what’s out there so I can decide what I am going to do.

Also in the IndyCar paddock this weekend is Alpine Academy driver Christian Lundgaard, who will be racing for Rahal Letterman Lanigan Racing in the Big Machine Spiked Coolers Grand Prix at the Indianapolis Motor Speedway.

Lundgaard will be making his race debut from an impressive fourth place, joining Grosjean on the second row of the grid for the start.

Pole was taken by Arrow McLaren SP driver Patricio O'Ward, just days after McLaren Racing announced that it had taken a controlling interest in the team as part of its full-time return to IndyCar competition in 2022.

With two wins under his belt so far this season, O'Ward may be heading in the opposite direction to Grosjean and Albon after being handed a formal F1 test in McLaren hardware at the end of the year.

Aston Martin: Everything you can see on the AMR21 has changed