Development budgets might be super tight and the rules and regulations largely frozen for 2021, but that hasn't stopped the Aston Martin team from making some major progress with their current race car.

In fact according to the team's performance director Tom McCullough, pretty much every part of the AMR21 that you can see from the outside has been changed to some degree since the start of the season.

“It was and is a more or less never-ending process of iterative development," he said this week. "As a result there is almost no externally visible part of our car that has not been improved in some way between Bahrain and Silverstone.

"To put it another way, if a part of our car is licked by the wind, we have probably updated it at some point over the past four months," he said in a half-term report issued by the team this week.

The team had a notable success when Sebastian Vettel took second place in the Azerbaijan Grand Prix. It looked like he had repeated that achievement in Hungary, only for the car to be disqualified for a fuel irregularity.

But McCullough is looking on the positive side, noting that the original result has provided evidence of Aston Martin's progress with more to come in the second half of the season following the summer shutdown.

“It is working," he insisted. "We know that our car is still not the fastest, but it is now closer in performance to the cars of our principal rivals than it was at the beginning of the season.

"That's the result of a carefully managed programme of aero improvement that has necessarily involved trial and error but has also delivered real results. 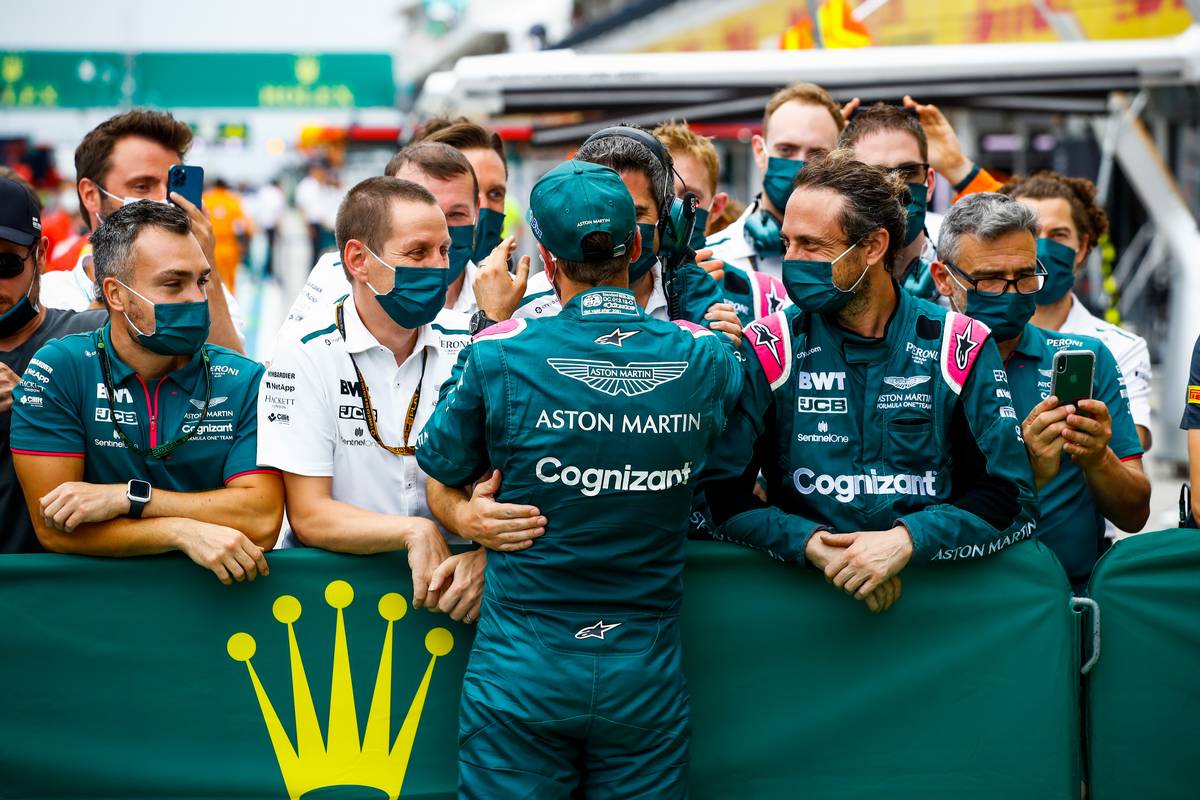 “It has been a very impressive body of work, and I salute my colleagues for it,” he added.

McCullough also acknowledged that it had taken Vettel time to get used to the car after his move from Ferrari over the winter.

“Our new boy Sebastian, was at first disadvantaged by his initial unfamiliarity with the way our car operates and feels, then by the unreliability that he suffered in the pre-season test in Bahrain.

“But he has worked very diligently since then, in our simulator at the factory and at the circuits, to help us analyse our previous races with a view to preparing for our upcoming races in the best way possible.”

Despite the recent improvement in race performance, Aston Martin might have hit the end of the road when it comes to development on the current car with attention now firmly focused on the new rules and regulations for 2022.

"Like almost all the teams, after the summer shutdown we will transfer that effort and resource to the task of making our 2022 car as competitive as possible," McCullough agreed.

Albon visits Indianapolis with a view to 2022

Carlos Sainz Sr: 'My presence in the paddock not necessary'