FIA race director Michael Masi says the decision late in the day to restart the Belgian Grand Prix behind the safety car was a final attempt to gauge the track's conditions and not an effort to ensure the event's official status.

The 12th round of the 2021 F1 world championship kicked off after a 25-minute wait and behind the safety car, but the race was red flagged after just a handful of formation laps.

A nearly three-hour wait followed thereafter as teams and fans hoped for an improvement of the weather. When a window of opportunity appeared, the field took to the track once again behind the safety car, but again everyone was called in after three laps.

Shortly after, Masi eventually put everyone out of their misery when the race was permanently called off, with an official classification established thereafter on the basis of a single lap - the penultimate lap before the lap during which the signal to suspend the race was given - and with half points awarded to the top-ten.

Lewis Hamilton who was classified third criticized the race control's decision to restart the race, insisting it had been done for financial reasons and to ensure an official result.

But Masi insisted that the decision to take to the track behind the safety car was a genuine attempt to gauge the conditions and to get the race underway.

"It was to see what the conditions are like," Masi said. "We are in constant contact with our official weather providers and there was a window that looked like it was provided there.

"We've got the requirement to give a 10-minute warning to everyone so it was like, 'OK, let's try and see if we can find that window'.

"A number of the teams said the same thing and they saw that window and could see exactly what we were trying to do to find that weather window and then the weather came in again and got the better of us." 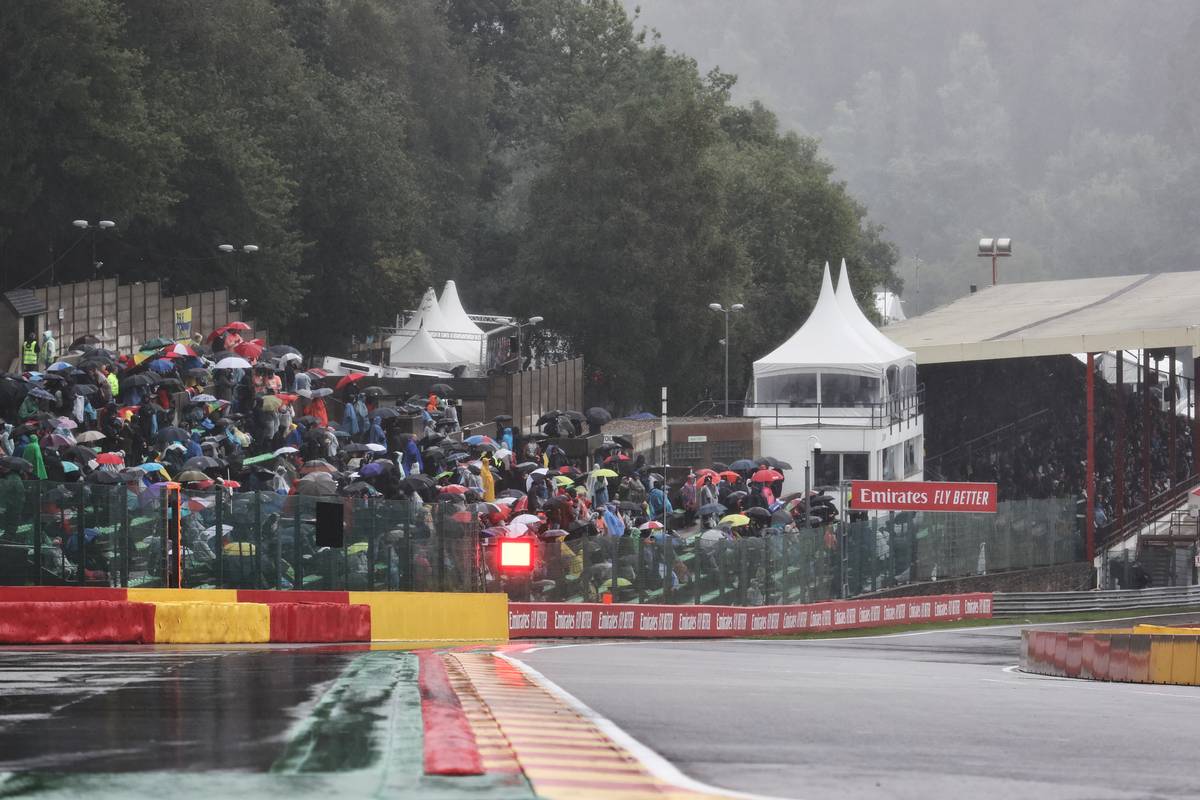 During the three-hour pause, there was speculation that the race could be postponed until Monday. But Formula 1's race director said that such a scenario was never an option.

"There is no ability to postpone the race until tomorrow," Masi said.

"So obviously from the FIA perspective, and jointly with F1, safety is paramount for drivers, the teams and all of the spectators.

"We gave every available opportunity within the rulebook and the provisions of the International Sporting Code to give us the best opportunity for us to complete a race.

"Unfortunately, on this occasion we could not go the full distance that was available, but with the provisions to stop the clock, is what we tried to do to see if we could get ourselves in that weather window of some activity."

Russell admits he 'wasn't expecting' a podium in 2021