Charles Leclerc came up just 2.3s short in his efforts to snatch a podium in Sunday's Italian Grand Prix, but the Ferrari charger heralded his P4 finish at Monza as one of his top five performances in F1.

Leclerc launched his race from fifth and held his own for the duration of the afternoon, battling among the top tier to finish P5 on the road but gaining a position as a result of a time penalty handed to Red Bull's Sergio Perez who had overtaken the Monegasque off the track.

At the wheel of an SF21 that proved to be a handful at times, Leclerc extracted the most from his mount while steering clear of trouble and keeping his head down amid the race's disruptions.

"I gave it all, really everything," said the Ferrari driver. "There was not much more [we could] do today.

"I mean every opportunity there was, I tried to take it… As soon as Valtteri passed me, I tried to overtake him again. And I succeeded but they were just too quick, especially [in the] third sector and into Turn 1, and it made us very, very vulnerable to overtaking.

"So, it was very, very difficult for us to overtake and very easy to get overtaken." 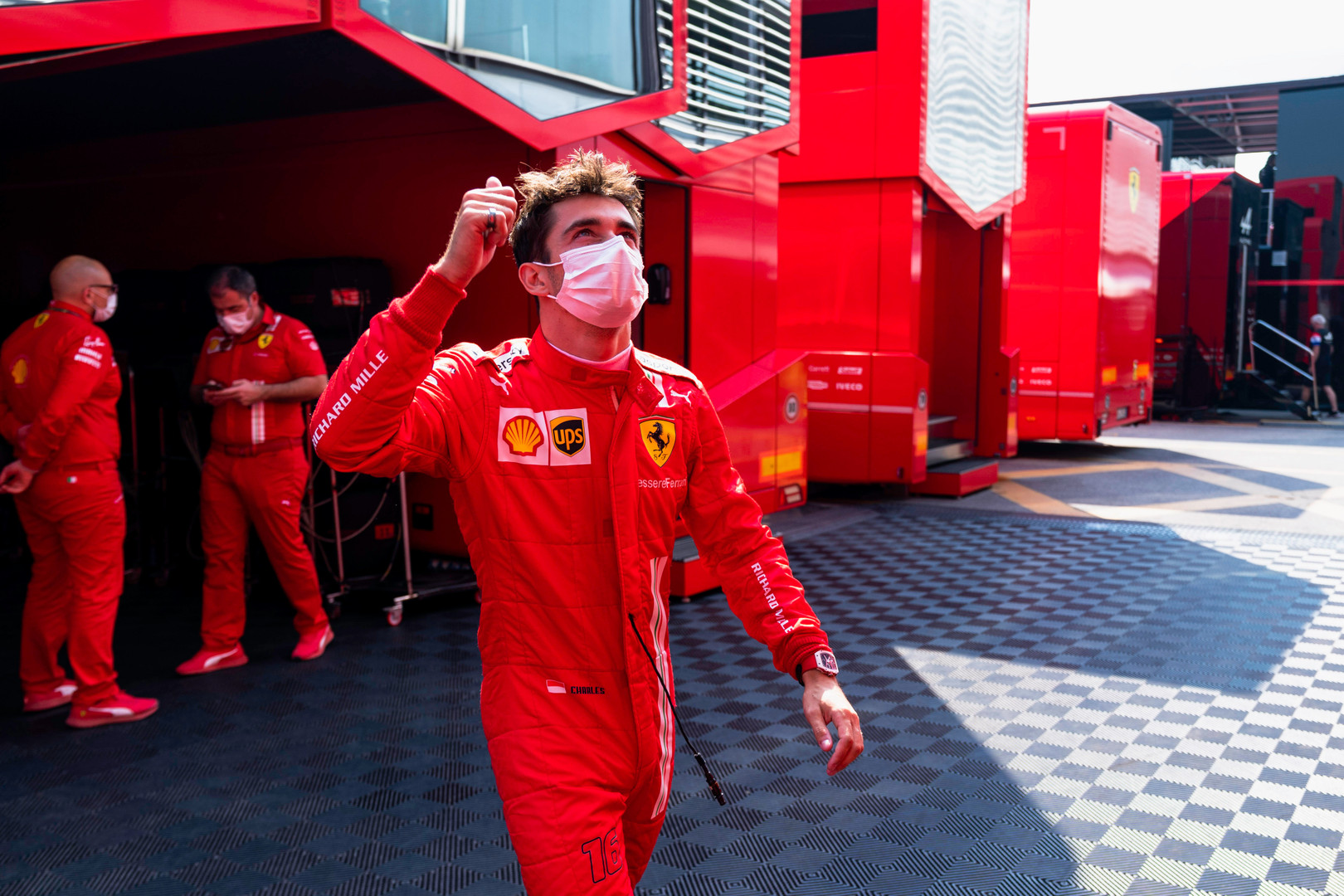 Leclerc's performance, complimented by teammate Carlos Sainz's run to sixth, was in stark contrast to the dismal race suffered by the Scuderia twelve months ago at Monza.

"It wasn’t the easiest of races, but at the end if you look at where we were last year and where we were now, it’s a big step forward," he noted. "We need to keep working like this.

"On my own performance, honestly, I rate it as [one of] my top five performances in Formula 1," he added.

"I really felt like I had given absolutely everything, so on that I’m happy, but we need to keep working to be fighting for the win very soon."

While buoyed by its display in its home race, Ferrari was nevertheless significantly outscored by championship rival McLaren whose near perfect score at Monza – 45 points – has allowed the papaya squad to overhaul the Scuderia in the Constructors' standings.

Bottas: "I told the team I'd be on the podium!"

McLaren's chiefs: 'We still have a lot of work to do'