McLaren Racing boss Zak Brown expects his team to carry on its battle for P3 in the Constructors' standings with rival Ferrari, but says that some upcoming venues will likely better suit the Scuderia's SF21.

Daniel Ricciardo's win in the Italian Grand Prix and Lando Norris' runner-up spot at Monza delivered a healthy 45 points to the Woking-based outfit which now holds a 13.5-point lead over Ferrari in the championship.

While McLaren's win at Monza bodes well for the remainder of the season, Brown cautioned that not every upcoming track will cater to the qualities of the team's MCL35M package, which will leave Ferrari – which has yet to win a race this season - with an opportunity to outscore its opponent.

"Ferrari didn’t have too bad a weekend, we just had a better weekend, they were not far behind," said Brown.

"That battle will carry on race to race, I think some tracks suit your car better than others, last year we were very quick in Monza, and we knew Zandvoort was not a circuit that plays to our strengths.

"We’ve always been good at Monza, so we need to recognise we’ll continue to have those up and downs while progressing up the grid." 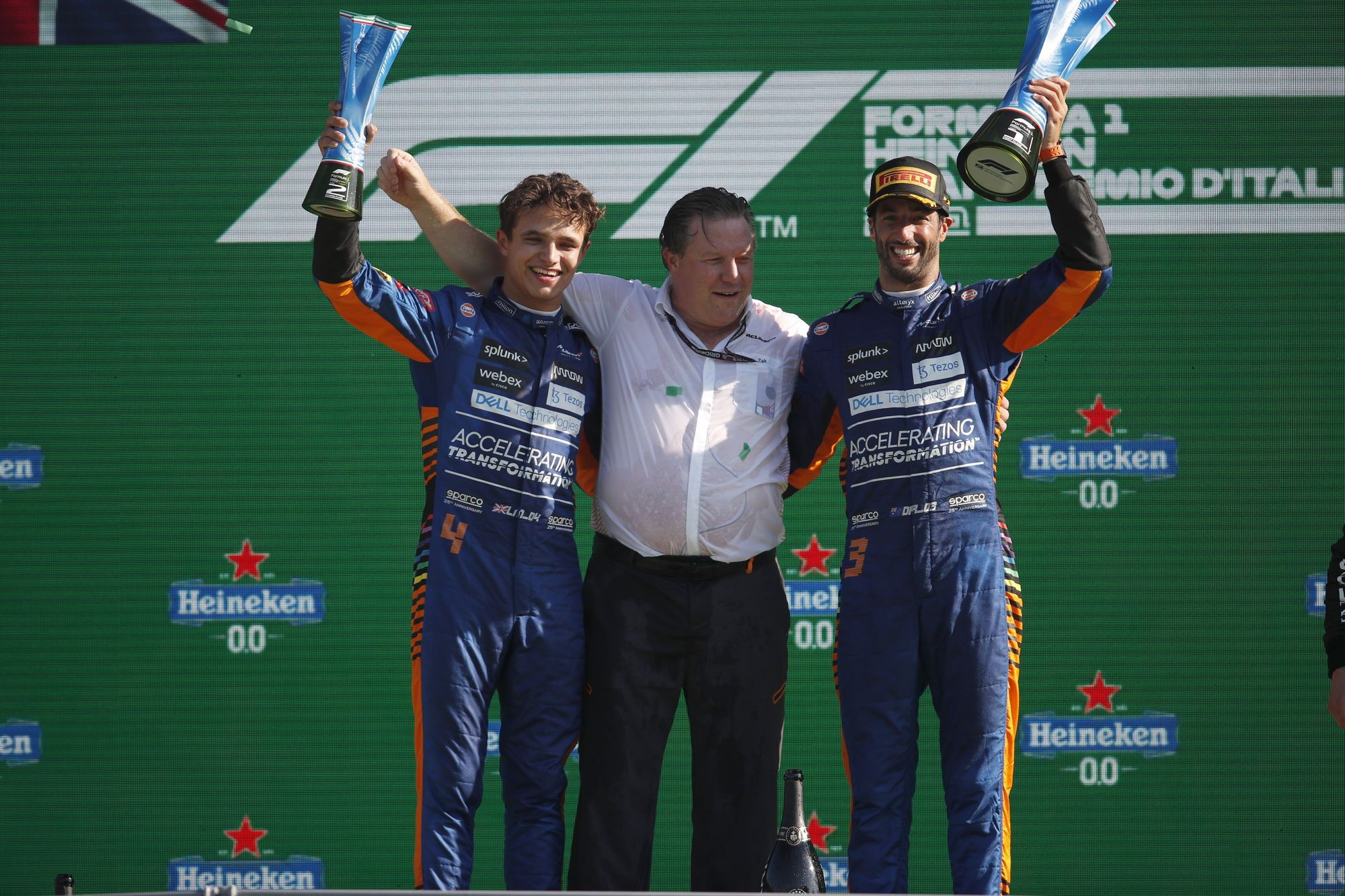 Despite his cautious stance regarding the final leg of 2021, Brown acknowledged the importance of McLaren's timely triumph at Monza.

"It was a big victory for the team, and our sponsor partners. A lot of them joined us when we were just making promises and now [we're] able to start fulfilling on some of those.

"We need to keep our feet on the ground, it was a great weekend, but we still have a way to go."