Daniel Ricciardo says one big takeaway from his winning Italian Grand Prix weekend is the confidence he has acquired to "throw the car around".

The McLaren driver led a dominant one-two for his team, returning the Woking-based outfit to the winners' circle for the first time since 2012.

The triumph came in the wake of a difficult first half of the season, marked by Ricciardo's struggles to adapt his driving to McLaren's MCL35M.

While improvements were in order after F1's summer break, the Aussie clearly enjoyed a breakthrough weekend at Monza and a new-found confidence in his mount.

"The last few weekends I’ve felt more comfortable and excited to come racing," he said ahead of this weekend's Russian Grand Prix.

"The break was good but obviously I’m ready to go again and I think I’ve shown that.

"So it’s just trying and keep showing that. If it turns into a victory or a podium, awesome. I think we’ll do well regardless of where we stand." 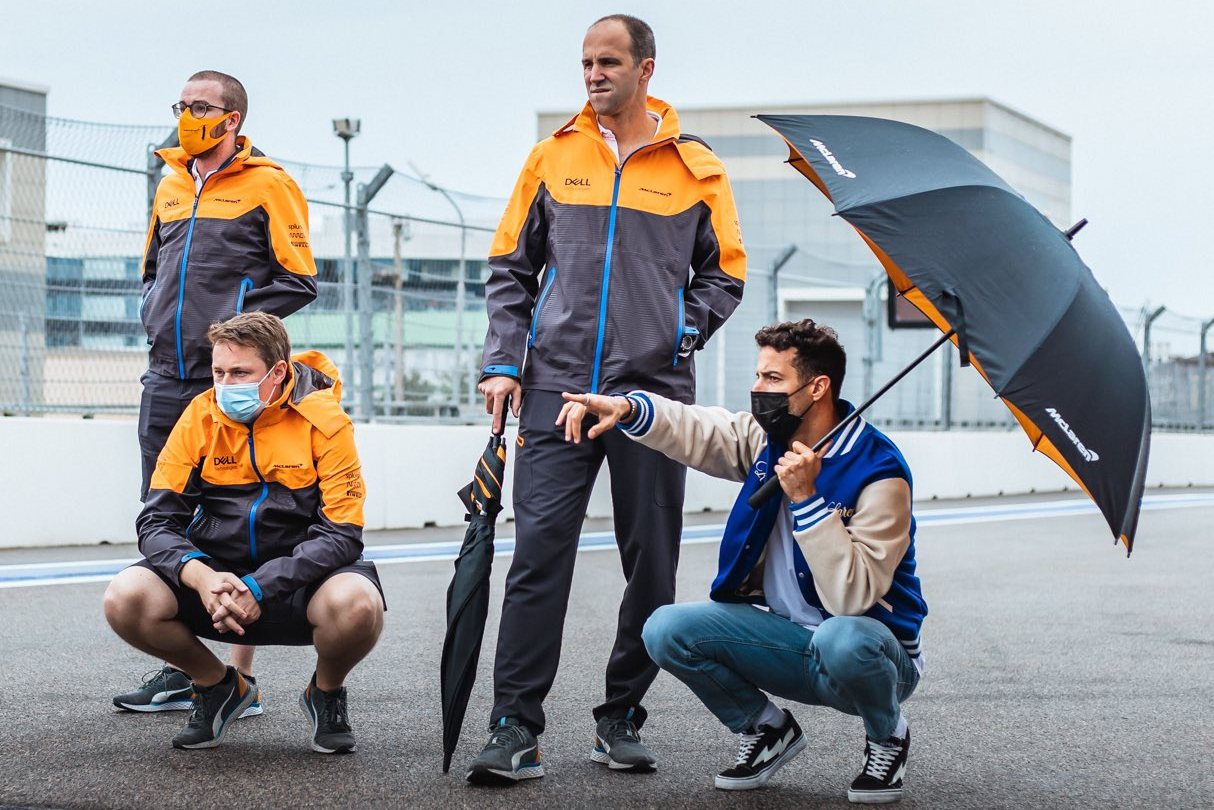 Ricciardo didn't pin his performance improvement to one specific area.

"Braking maybe there was some stuff that I wasn’t that strong on," he said. "But in general, I wouldn’t say that was a stand-out weakness.

"I think I was probably struggling in a few areas. I probably wasn’t perfecting anything in the first half of the season."

On the back of his eighth career win in Italy, the McLaren driver feels his still has a margin of progress.

"I’m getting closer," said Ricciardo. "I wouldn’t say I’m perfecting it yet. But certainly Monza was encouraging to go there with that style of circuit, the big braking zones, the low downforce.

"To have a bit of confidence throwing the car around, that was positive. I’m definitely confident moving forward.