Lando Norris says it's unlikely McLaren will repeat its shock Monza win at another venue this season, although the team will do its best.

Daniel Ricciardo and Norris secured a triumphant 1-2 in the Italian Grand Prix, capping a successful weekend that had seen the papaya squad's MCL35M perform strongly from the outset.

While Ricciardo and Norris perhaps benefitted from favourable circumstances at Monza, with championship contenders Max Verstappen and Lewis Hamilton mutually colliding into retirement, the McLaren duo convincingly led proceedings at the Temple of Speed on merit.

But Norris, who secured in Italy his fourth podium of the season, doubts McLaren will succeed in trouncing the field again this year.

"Probably not, we will try our best," he said ahead of the Russian Grand Prix weekend.

"There are some tracks that we are definitely better at and some we are worse at, but there are these opportunities that arise for us that we are good at taking advantage of and being in the right position at the right time. 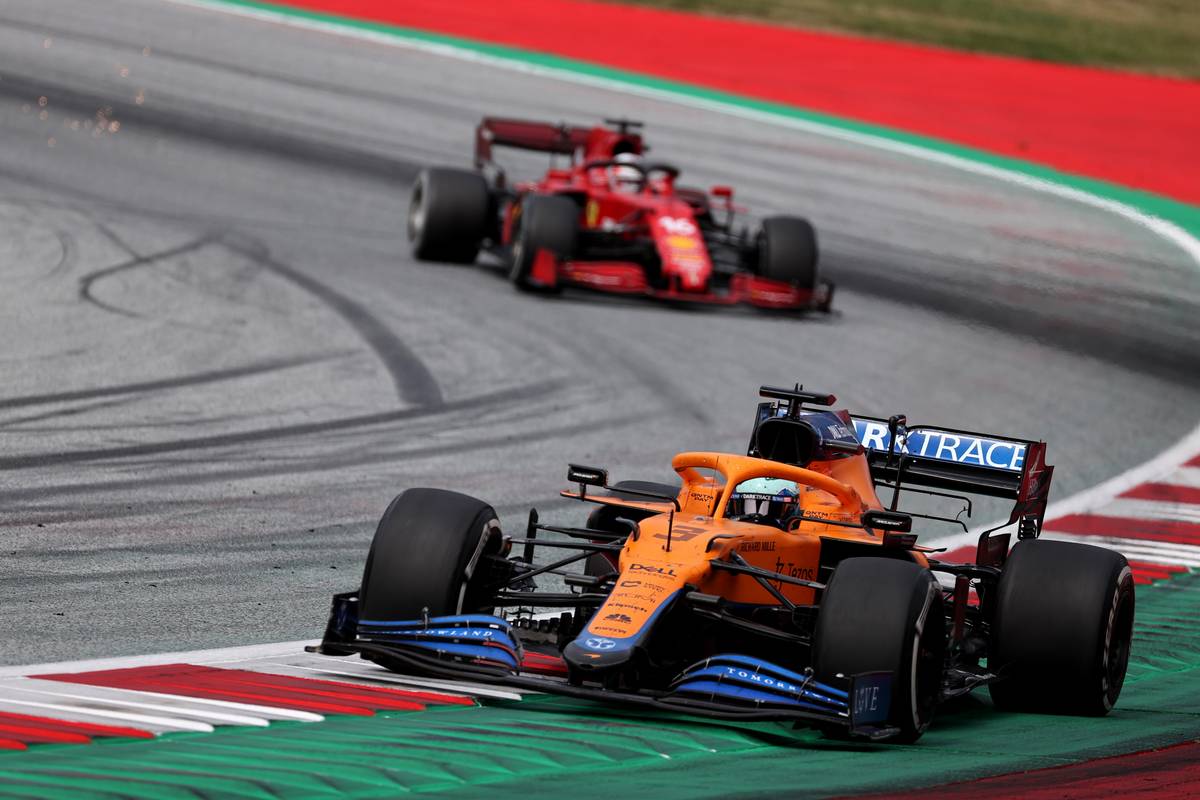 "We had an amazing weekend in Monza. It was a bit of a shock for everyone, but we were there on merit and were very quick all weekend.

"But it does not mean we will be like that every single weekend from now on.

"We did not find anything magical. We had a better weekend and things flowed better for us, and the car suited the track. That is the way it is going to be for the rest of the season.

"Some tracks will be better and will be more competitive and some tracks work in a struggle more. But how good or bad we will be I am not too sure yet."

In the Constructors' championship, McLaren holds a 13.5-point lead over Ferrari, but Norris expects the order to come and go until the end of the season as the battle remains tight.

"We had a tough weekend in Zandvoort and they pulled away a decent amount," said Norris. "And then we got them back in Monza.

"I wish we could run away with it but I don’t think any of us will. It will go backwards and forwards, some races we will be better in some races they will be a little bit better.

"That’s the way it is. It keeps us on our toes. It is exciting and challenging."