Lando Norris says McLaren has been challenged by Ferrari's latest power unit update but insists it will continue to fight hard to defend its third-place position in the Constructors' standings.

The Scuderia introduced in Russia a new hybrid system that has improved its overall engine performance, although team boss Mattia Binotto refused to quantify the extent of the benefit.

After Charles Leclerc in Sochi, Carlos Sainz was the recipient of the new element in Turkey where both drivers finished in the top ten and outscored McLaren.

Ferrari's momentum has strengthened in recent races noted Norris, and its latest engine update has further boosted its pace. The Italian outfit now sits just 7.5 points behind McLaren in the Constructors' championship. 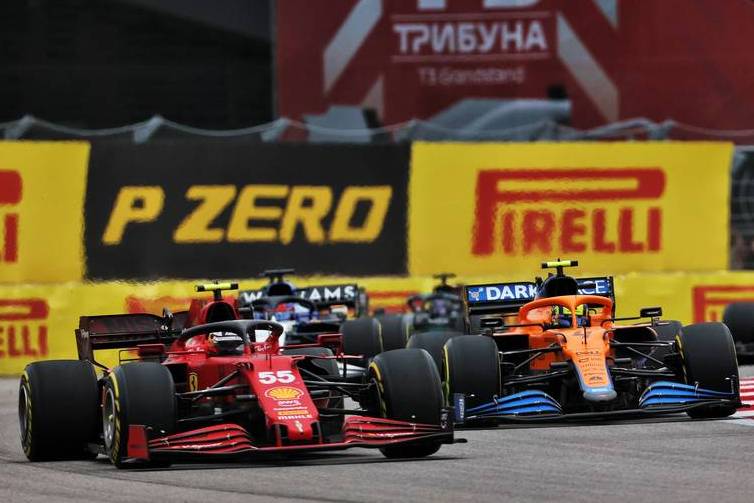 "At some races we have still been better and at some they have been better," said the Briton.

"As a trend they have been on the stronger end, especially now with the new power unit it has definitely shifted their pace into a stronger one.

"If you look at Turkey there are not one or two tenths ahead, they are fairly large chunk ahead of us.

"It is going to make our life tougher but the aim is still to beat them, and will put everything into staying ahead of them in the championship.

"It is going to be difficult, and we will fight hard to the end."

Norris says that McLaren is giving up on extracting marginal gains from its Mercedes-powered MCL35M in the remaining races.

"Even race 23 or 22 you’re going to be learning things," he said. “You’re trying different things on the car, you’re trying things for next season, you have tweaks for the car every now and then, so there is always something that you are learning.

"I am learning as a driver in the team, learning for the future. I do not think there is ever a period where we are not learning and finding out new things about the car."