Max Verstappen and Sergio Perez both welcomed Adrian Newey's return to Red Bull following a leave of absence of the legendary engineer.

Newey was injured in a bike fall while on holiday in Croatia and kept away from his drawing board in Milton Keynes and the team's garage on race weekends while he was on the mend.

The return to duty of Red Bull's chief technical officer in turkey was welcomed by the bulls as the team's RB16B was in urgent need of Newey's attention.

"Of course it was not ideal what happened," Verstappen said ahead of this weekend's US Grand Prix.

"But it’s a full team effort and I know, of course, Adrian is a leading figure in that and it’s always very nice if Adrian is coming to the track, you can exchange a lot of things, ideas.

"So it was good to see him back again and in Turkey. We’re just looking forward now to the rest of the season, what we can do as a team altogether to try and find a bit more performance." 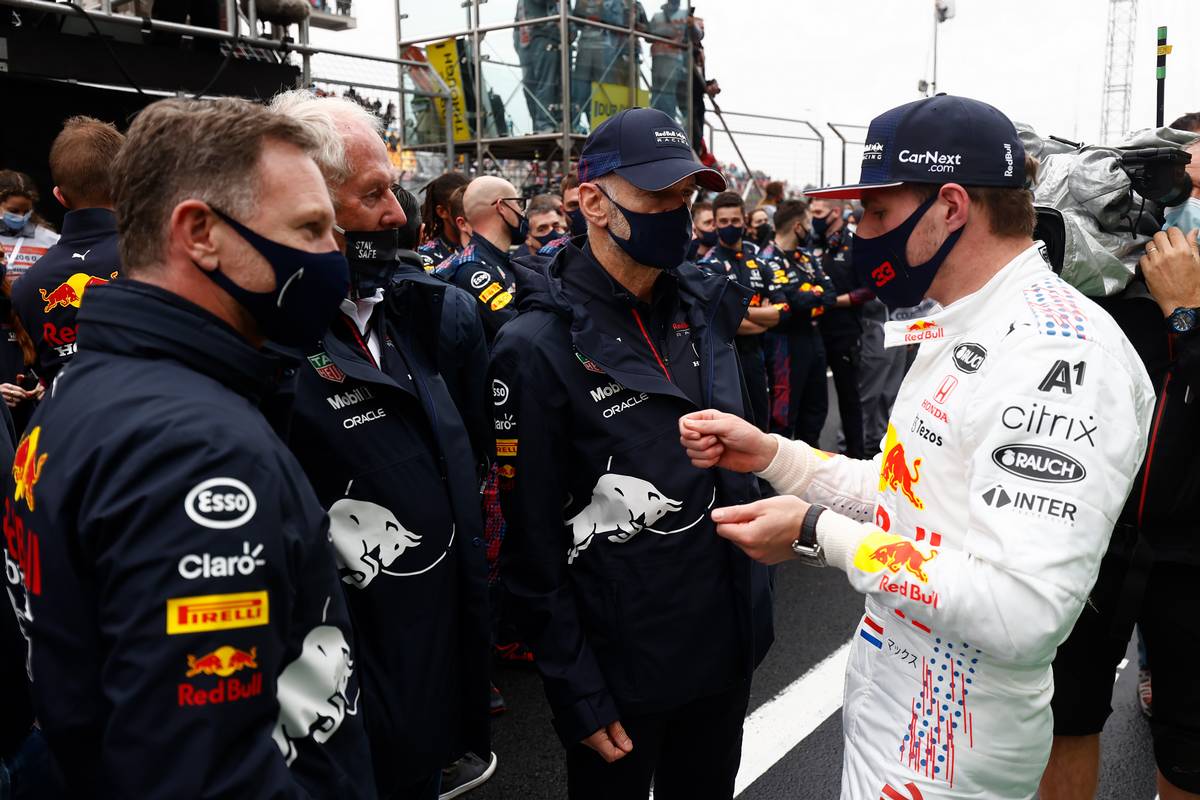 Perez admitted that having Newey on site once again and standing post on the pitwall spurs on the team.

"When Adrian is not here, he is obviously close following what's going on," said Perez.

"But having him here in our meetings, and just chatting to him, you can, he really gives very good ideas through the weekend.

"He's someone that is very complete and understands not just the aero, he gives, for example, good input on the strategy side.