Abiteboul has yet to honor the bet he made with Ricciardo, which consisted in the Frenchman accepting to get a tattoo as a result of the Aussie securing his first podium with the Enstone squad.

Although Ricciardo held up his end of the bargain by scoring not one but two top-ten finishes with Renault last year, Abiteboul has so far shied away from getting inked.

But not so Brown who was pictured in a photo published by McLaren on social media getting needled in a tattoo parlor ahead of this weekend's US Grand Prix.

It's anyone's guess what creative design or symbol Brown may have chosen, but a closer look at the shot reveals in the background a sheet of paper stamped with what resembles a diagram of Monza circuit, while a short video posted by Sky Sports leaves little doubt about Brown's chosen mark.

The Italian venue was of course the scene last month of McLaren's remarkable 1-2, with Ricciardo delivering to the Woking-based outfit its first triumph since Brazil in 2012.

So Brown felt the desire to permanently inscribe the milestone moment, which was his first win as McLaren's chief, in the flesh. All should be revealed soon.

Brown reportedly indulged in the needle-piercing session after being challenged by Mercedes boss Toto Wolff at a Grand Prix Trust charity event to undertake something he feared. Like needles.

"Sometimes you have to face your greatest fears, which I've done," Brown explained in Austin.

"It actually came about through the Grand Prix Trust with Sky, where a team boss gets nominated each year to do something that terrifies them.

"Toto nominated me last year, and needles sufficiently terrify me. So in trying to think through what would be kind of fun and genuine, and properly terrifying, I came up with the idea of getting a tattoo.

"Then obviously, given that Daniel himself is a fan of tattoos, and with him winning recently, I thought maybe we can tie the two together and have him come to visit and hold my hand!" 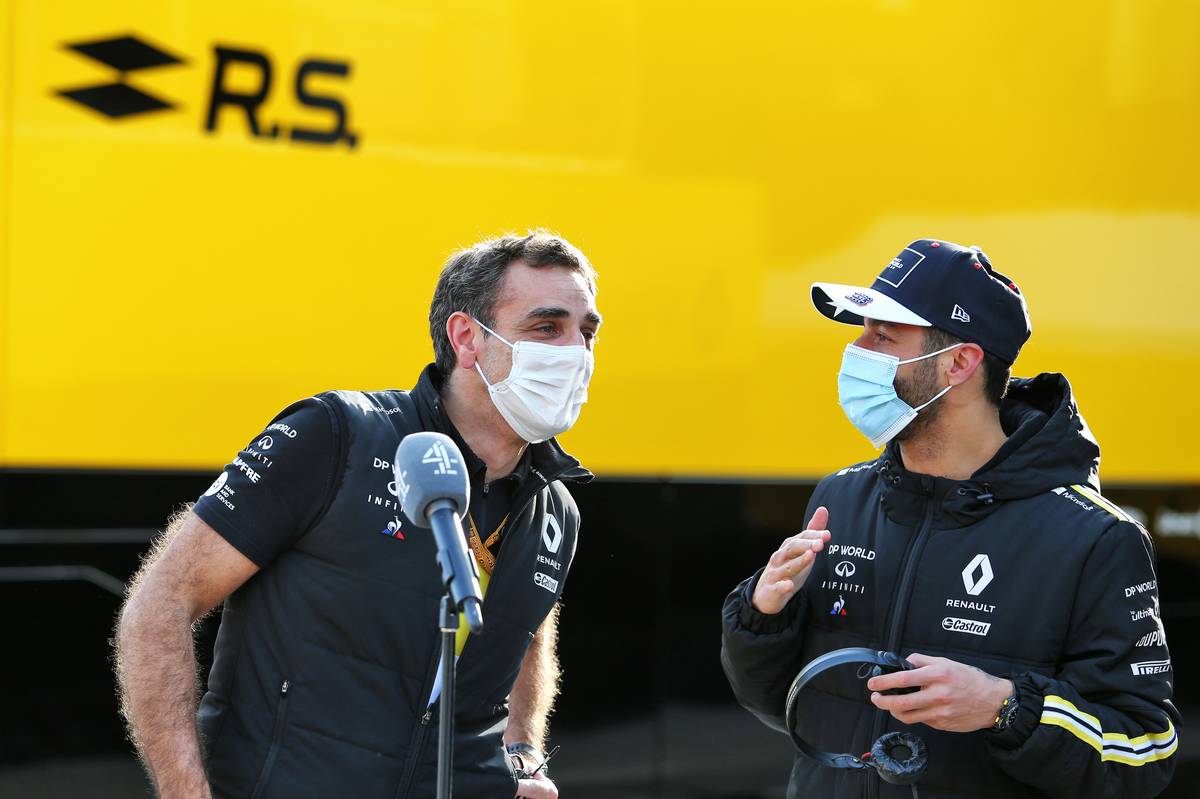 As for the pledge made by the good Mr. Abiteboul, Ricciardo insists the pair are still coordinating their agendas.

"So with Cyril, it’s basically just trying to be in the same place at the same time," said the Aussie.

"Because I don’t want to just tell him to go get a tattoo and send me a photo. I want to be there. I want to organise it all! And document it.