Daniel Ricciardo's solid defense against Carlos Sainz in the US Grand Prtix was labeled "a bit dirty" by the Ferrari driver, but the Aussie insists the tussle was just a case of "rubbin' racing".

Ricciardo and Sainz enjoyed an almost race-long spirited battle at the Circuit of the Americas, but it was one that the Spaniard was unable to win despite his best efforts to overhaul the McLaren driver.

In the second half of the race, as they were dicing wheel-to-wheel, the pair made contact. While the clash was inconsequential, Sainz went on the radio to call Ricciardo's driving "a bit dirty".

"At times it was let's say kind of a standard progressive race or whatever, but then at times it was interesting," said Ricciardo.

"The first lap was a lot of fun. I got Carlos I think on the start, then he got me back with a good move outside of six into seven.

"And then I got him back Turn 17 I think on the inside. So it was three kind of changes in position on the first lap was cool, but that was crucial for me to get a top five today. 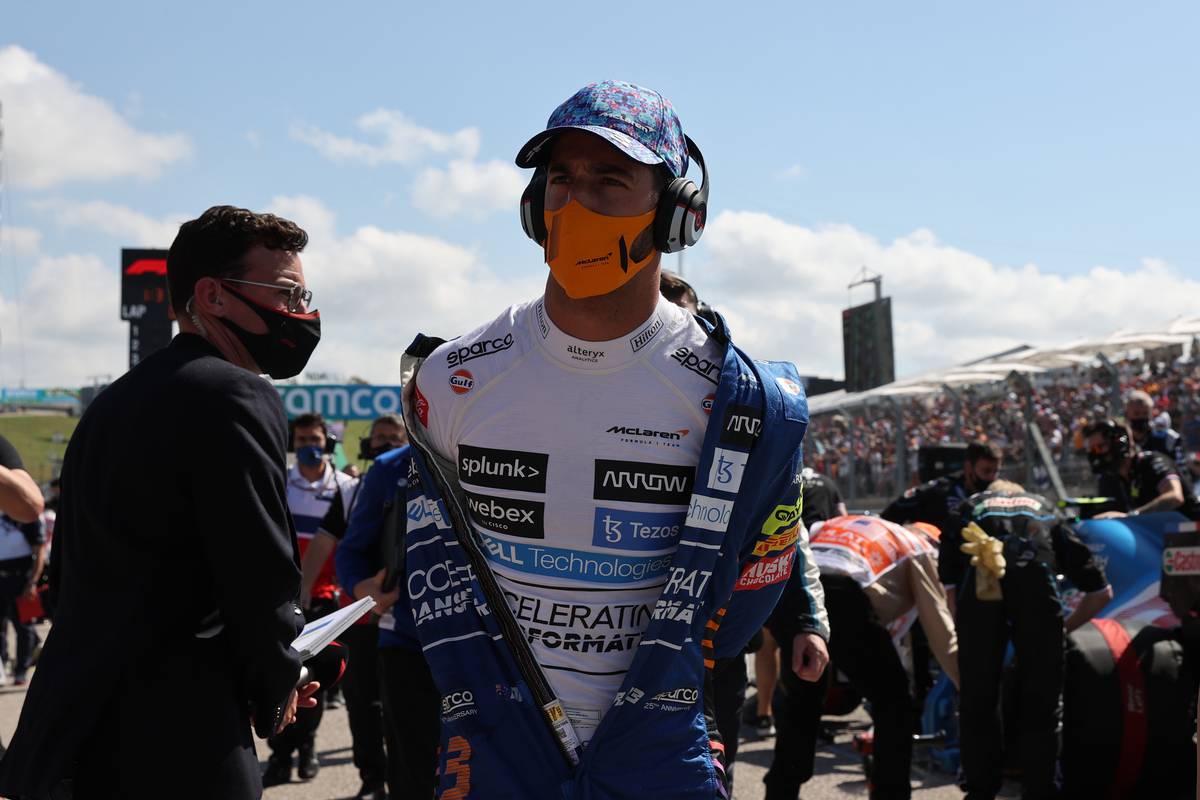 "Charles showed that Ferrari were quicker, we couldn't match that pace today. So obviously that's something we've got to still try to find. But to beat one of them its quite rewarding.

"And [Sainz] put on a good attack later on in the race as well and we obviously went side-by-side, and a little bit of banging wheels.

"So it was very fun, and very needed to hold on for everything I could. Obviously, you don't deliberately try to go into someone, but that's obviously a bit of a bit of rubbing racing.

"And when you put yourself on the outside, obviously you're a little bit more exposed. So nothing was deliberate, but I guess it's the risk that he ran by trying on the outside."

When told that Sainz had called his on-track antics "a bit dirty", Ricciardo said that he didn't mind the characterization.

"That's cool," he said. "I'm happy to be dirty. I'm a nice guy, so being dirty every now and then is alright!"

At the end of the day, Ricciardo finished P5, two spots ahead Sainz, although overall, Ferrari reduced its deficit to McLaren in the Constructors' standings to just 3.5 points thanks to Charles Leclerc's run to P4 in Austin.

In addition to fending off Sainz in the closing stages of the race, Ricciardo was also forced to carefully manage his tyres in order to secure a good result.

"It was definitely tricky, because when you come out of the pits on a new set, you have a little more grip," the McLaren charger explained.

"But if you use it early, then it drops away even quicker. It was a race where you never really felt you could push.

"I mean we're pushing, but it's only to what the tyre is capable of. So definitely there were some laps where you're in a little bit of limbo, do I push more or do I not?

"And then Carlos when he started to come and attack me more, I had no choice but to push, and there wasn't much left in it at times."