Mercedes' Valtteri Bottas is hopeful he'll be spared another engine penalty during the final leg of the season after he endured in Austin his third grid demotion in four races.

Bottas was the recipient of new engines in Italy and in Russia, with Mercedes executing precautionary replacements due to concerns over the reliability of its power unit.

The Finn enjoyed a clean race in Turkey where he clinched his 10th career win in F1.

But ahead of last weekend's US Grand Prix, engine worries compelled Mercedes to add a sixth ICE to Bottas' pool of hardware, a change that set him back five spots on the grid on race day which he concluded P6.

The Finn now has two health Mercedes units to rely on in the upcoming five remaining races of 2021. 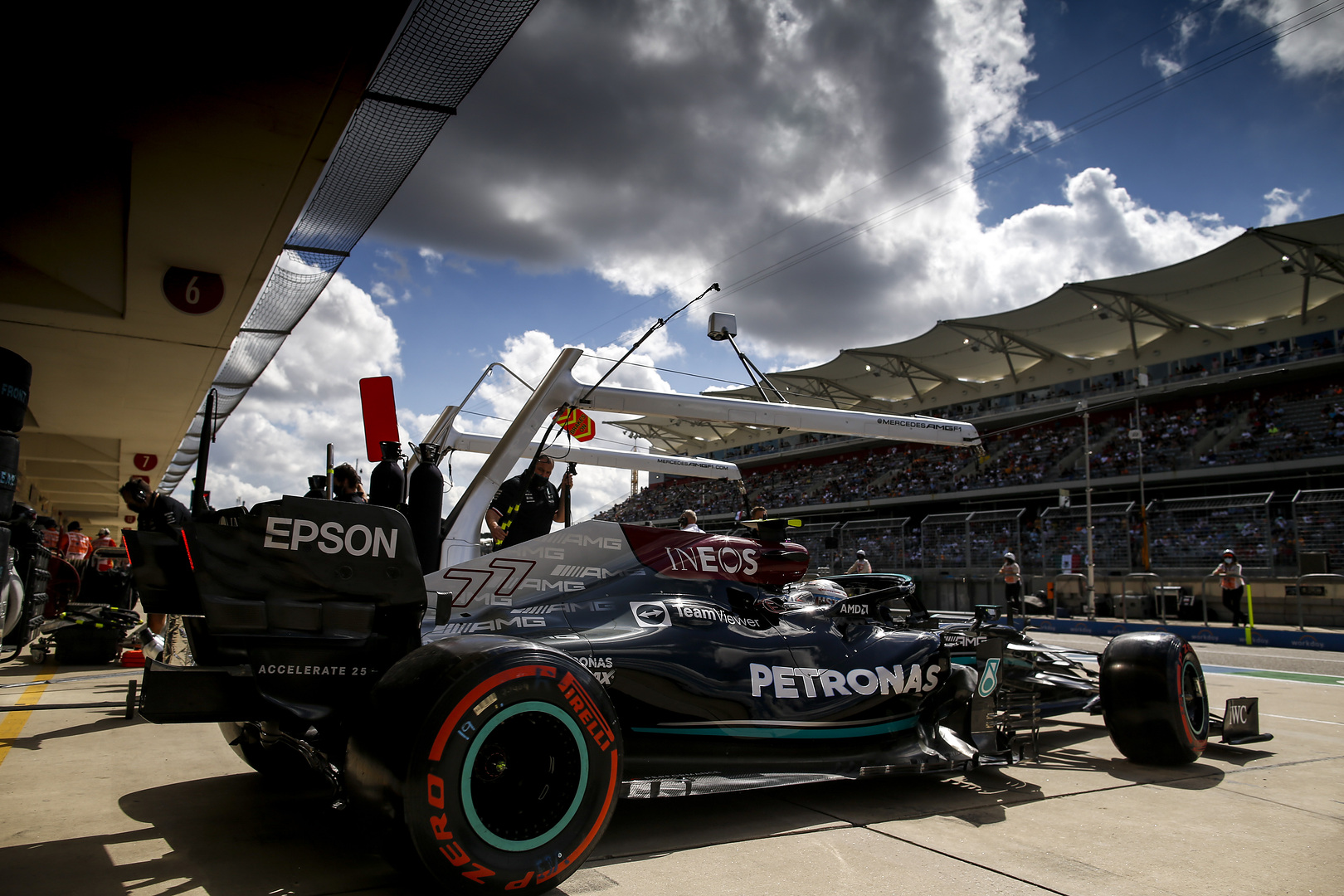 "I really hope we’re done for now," said Bottas in Austin. "I think both engines that I’ve got in my engine pool, they seem to be OK, we haven’t detected any issues and any of them.

"So, fingers crossed I can go to the end without penalties, because now, in this tight championship battle, even if you just lose five places, it really compromises the race.

"I think it has been a case of just being unlucky, because before bringing the engines to the track they have to pass all the tests, reliability tests.

"So in theory they should be OK, but luck hasn’t been on my side, I’ve had more failures. It’s just unlucky but we just hope now that everything is fixed. Time will tell."

While his teammate Lewis Hamilton battled at the front with race winner Max Verstappen, Bottas gained only two spots over the course of the 56-lap race, having struggled in the early stages to overcome an AlphaTauri roadblock formed by Yuki Tsunoda and Pierre Gasly.

"What made it more tricky in the first stint was being behind the AlphaTauris, as I couldn’t get by," said Bottas.

"Obviously that lost me quite a bit of time, and unfortunately there was no help with Safety Cars or something. I made some progress but quite slowly."