Red Bull chief Christian Horner fears that Mercedes' suspension ride height ploy that helps its W12 gain straight-line speed could be "quite powerful" at some of F1's remaining venues.

Mercedes has relied since last summer on a suspension tweak that collapses the car's rear end on the straights and reduces drag, and therefore improves the W12's top speed.

The system was used to great effect in Turkey where Istanbul Park's layout features long straights, but was less prevalent last weekend at the Circuit of the Americas. 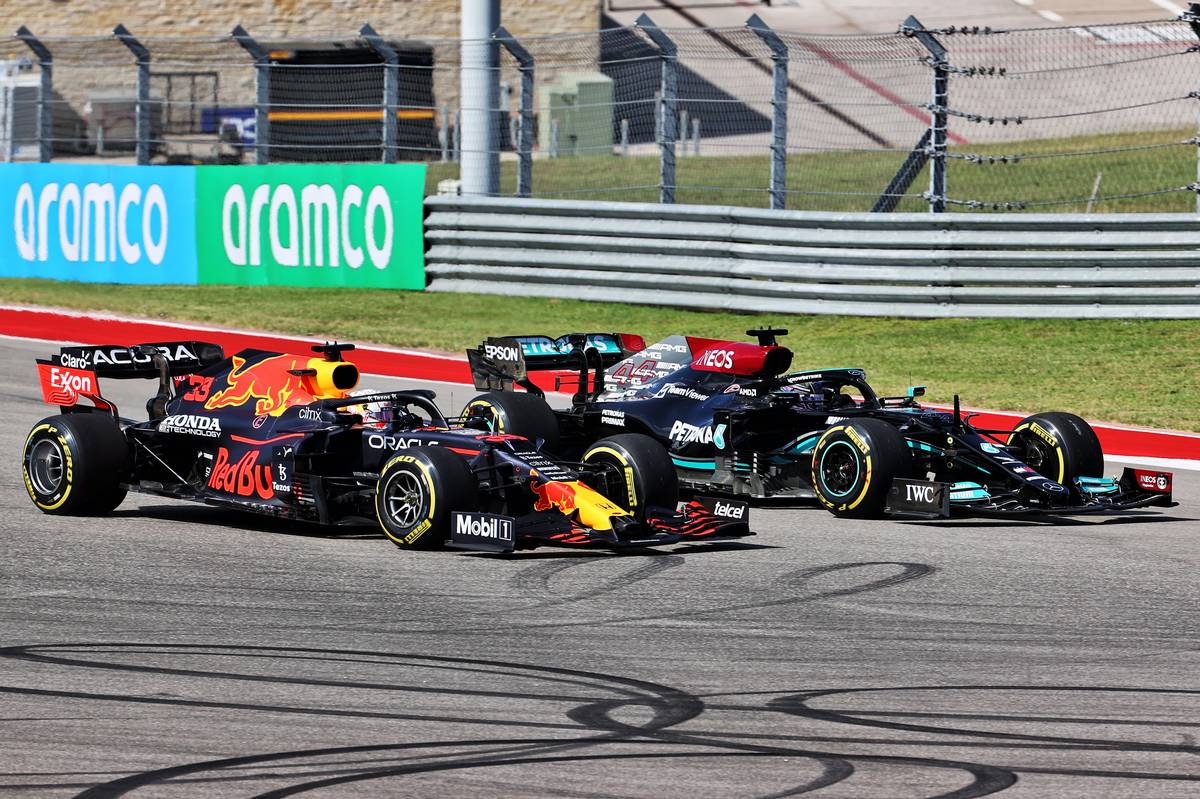 Horner believes Mercedes' ingenious device could work again to the Brackley squad's advantage at several upcoming tracks that will be part of F1's final leg of the 2021 season.

"I think that Mercedes are obviously optimising a straight-line device that they're able to do at that type of circuit," Horner told Sky in Austin during FP1. "If you look at the rear of their car, how it lowers, I think [Turkey] played to their strengths."

"It will have a greater influence at some tracks than others. It was a reduced effect here [at COTA] but somewhere like Jeddah for example, it could be quite powerful."

Mercedes team boss Toto Wolff justified the recent upswing in performance of its W12 by a better understanding of how to fine-tune its set-up, insisting there was no "silver bullet" hiding under the car's skin, alluding to its clever suspension system.

However, Horner remains intrigued by the ploy although he doesn't believe Mercedes is doing anything illegal.

"We don’t feel that it is illegal, no," he said. "It's something that has been used historically. We've seen it used by them in the past.

"But obviously, what we saw in Turkey was quite an extreme version of it, which that circuit seemed to allow."