McLaren have been struggling in Qatar, but came away with an unexpected bonus in Saturday's qualifying session with Lando Norris putting the car into sixth place on the grid for tomorrow's race.

That's a significant step forward for the team, which had struggled on Friday and failed to get either driver into the top ten in the final practice on Saturday afternoon.

Things looked little better in the early rounds of qualifying, with Norris leaving it close to make it out of Q1 and only avoiding elimination at the en dof Q2 with one final push lap.

In the circumstances, making it through to the final top ten pole shootout and securing sixth on the grid is a very pleasant surprise for the young Briton who turned 22 last weekend in Brazil.

"Very happy with today. We made a good amount of improvement from FP3 into qualifying and we weren’t expecting P6," he commented after the end of the twilight session.

"I'm definitely pleased with that, especially because it wasn’t an easy P6, but it was done with probably one of the best laps I’ve done in qualifying for quite a long time.

"I'm satisfied with my job and what we did as a team as well, that helped us out today," he added. "So a positive day overall.

"We didn't get through [to Q3] on the medium tyre, which is the only negative," he conceded. "That's going to make our life a little more tricky than we want tomorrow, but we still have a good opportunity to score some solid points." 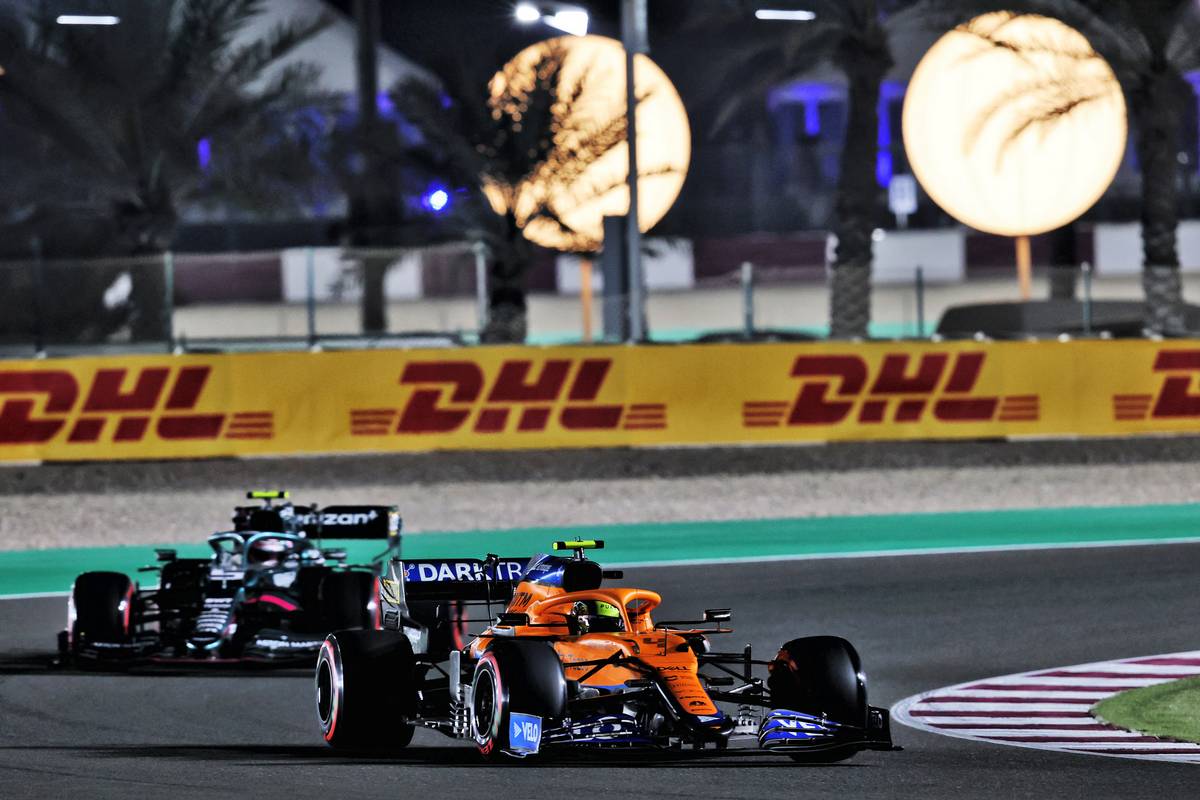 Norris certainly has brighter prospects for the race than his team mate Daniel Ricciardo who missed the final cut and will start from a distant 14th on the grid.

“Obviously not a great session in terms of position," admitted the Aussie. "I’d have loved to have been more competitive, but I just struggled to find those last few tenths.

"It felt like if I tried to find it, I’d gain a little bit here, but lose it in the next part of the corner. I got to a little bit of a stalemate with where I could improve.

"So still some things to look at and work on and see where the time is. I think it’s just a little bit everywhere. No big mistakes or errors, just lacking that extra half-a-tenth in some corners.

"We’ll try to do something tomorrow from where we are. We’ve got strategy choice, but obviously we’re quite a long way out. We’ll see what we can come up with tonight."